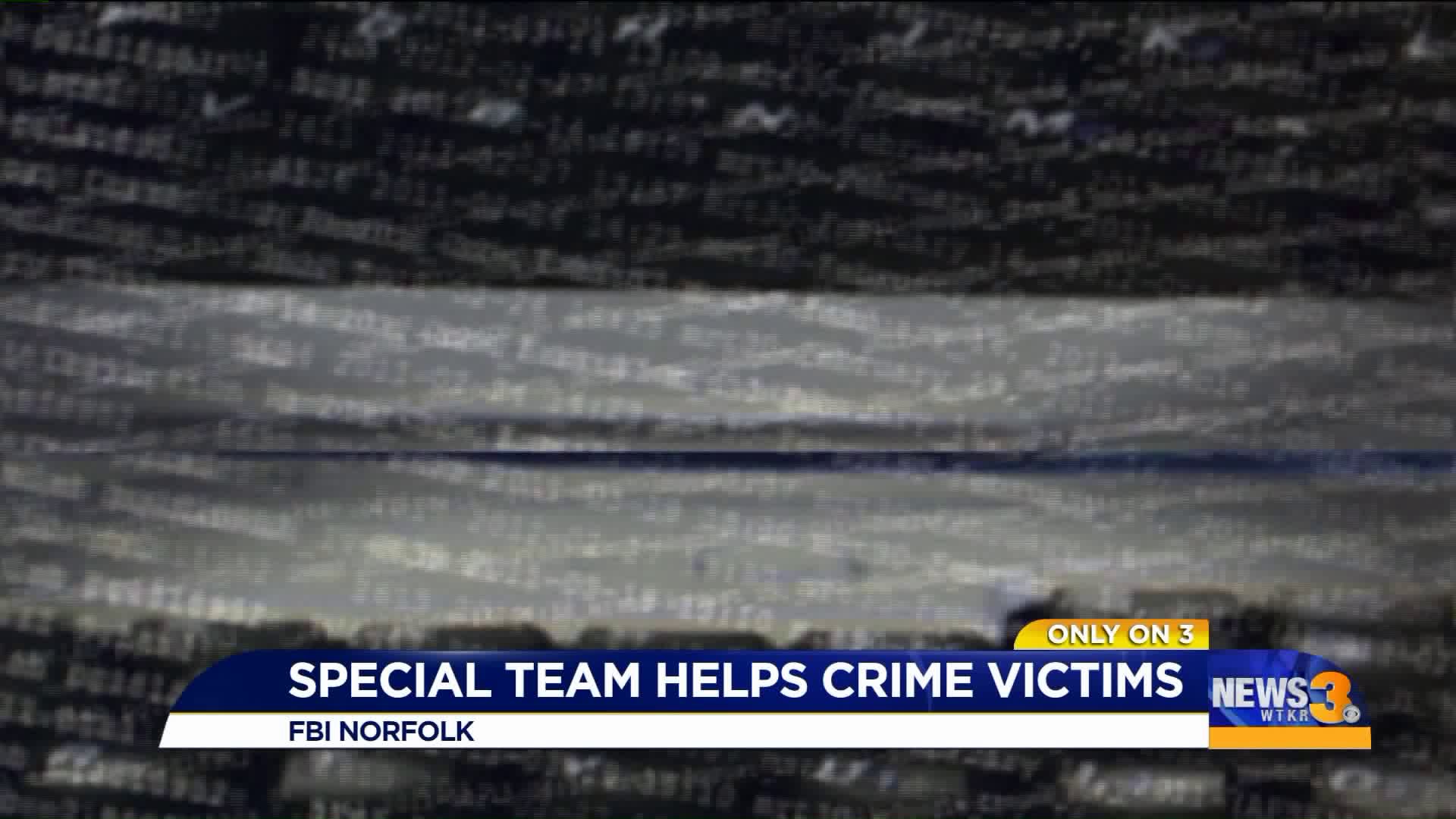 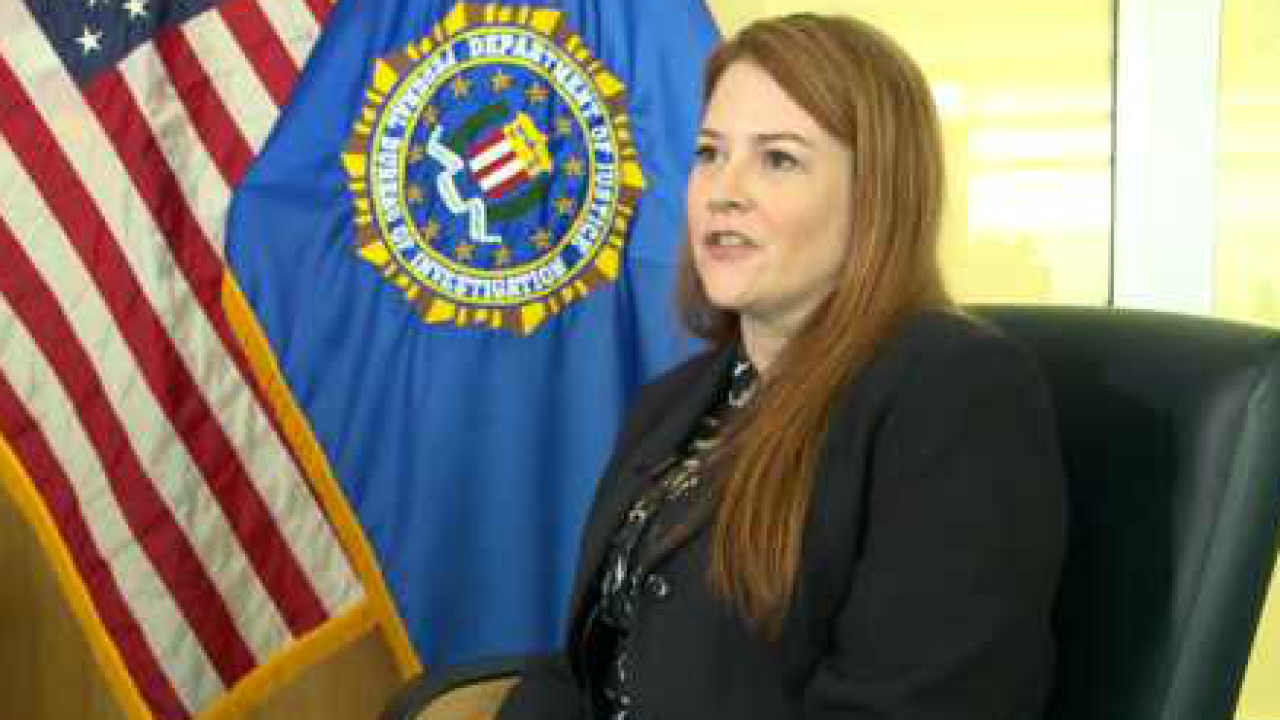 NORFOLK, Va. - The Norfolk FBI Office has one employee whose main job is to help victims of federal crimes.

News 3 spoke exclusively to Carol Wilson about her job and who she helps.

Wilson's title is "victim specialist," and she works with both children and adults. She has dealt with commercial crime victims, robbery victims, family members whose loved ones have been killed and various other crimes that happen in Hampton Roads.

The FBI’s Victim Services Department deploys teams to help victims during major catastrophes such as the Boston Marathon bombing, the Las Vegas shooting and the Pulse nightclub shooting.

"There’s no guidebook on how to interact with someone when they’ve had something so devastating happen to them,” Wilson said.

When someone is a victim of a federal crime in our area, Wilson said she reaches out to them.

“Most people know that suspects have rights - you have the right to remain silent - but most people don’t know that victims actually have rights, too,” Wilson said.

She said they have the right to have their privacy protected; the right to be informed of counseling, medical and financial assistance options in certain cases and the right to know if someone who committed a crime against them has been arrested.

She said she has worked with many different kinds of victims. She has dealt with victims of commercial crimes, robberies, cyber crimes, assaults, child victims and victims of fraud.

It’s a job she loves and is passionate about.

“I can’t change that it’s happened, and I can’t change the future, but if I can create positive pathways for people that give them a better capability to cope, then that’s my goal, that’s my mission,” Wilson said.