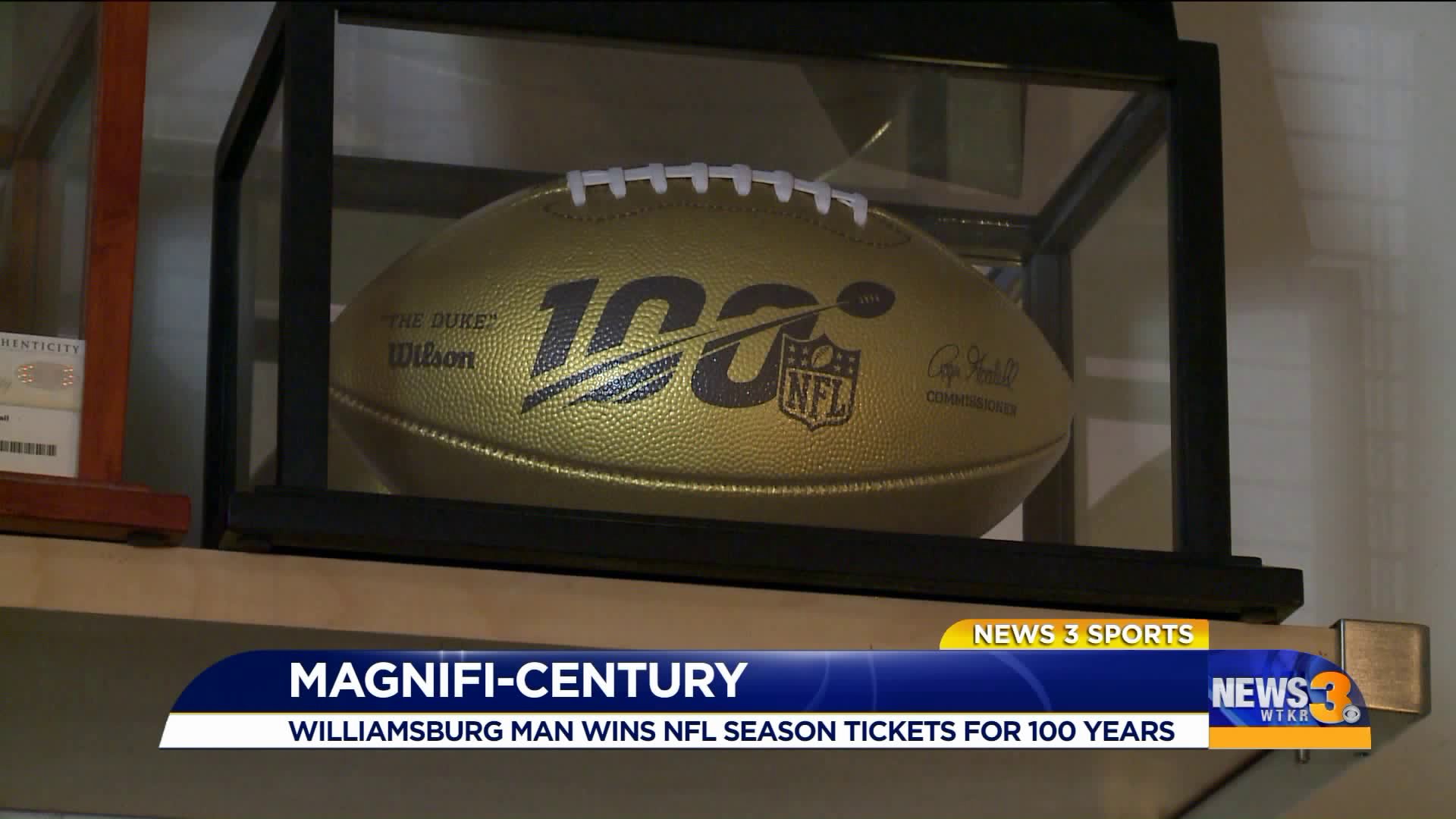 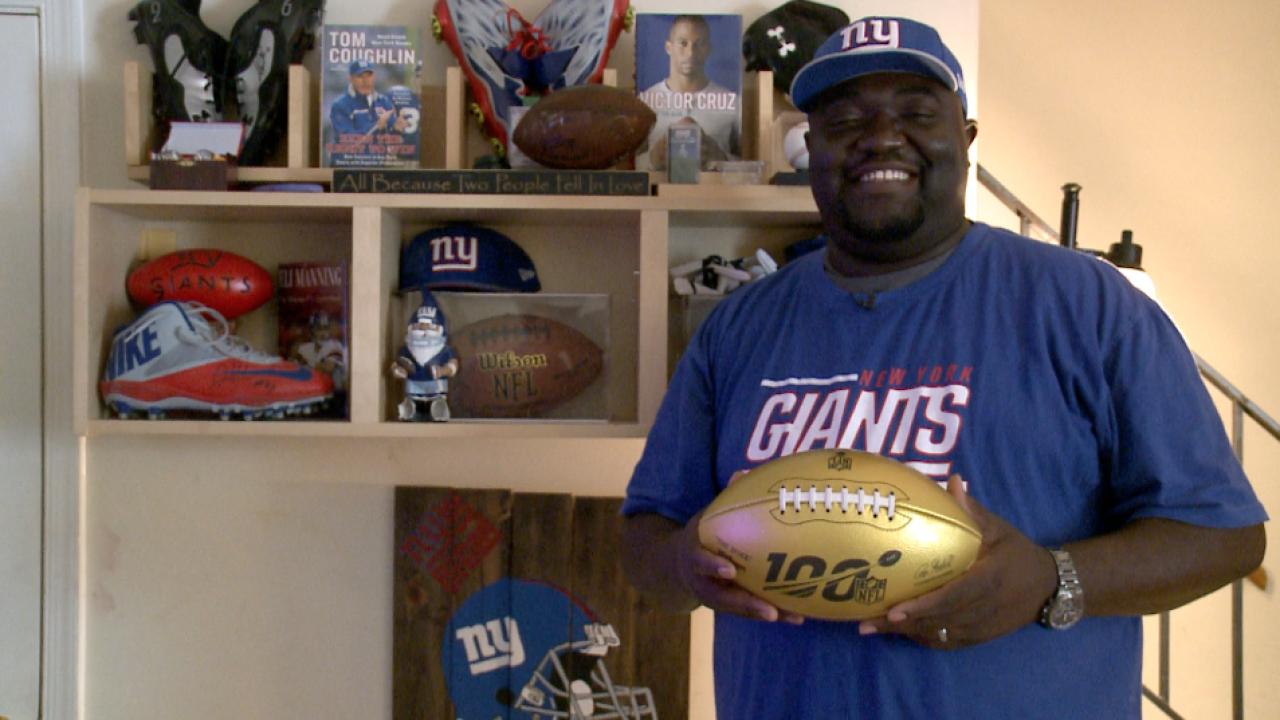 Greg Hampton and family with Roger Goodell at NFL Draft

WILLIAMSBURG, Va. - As the National Football League prepares to celebrate its centennial season, few fans will be rewarded like Williamsburg's Greg Hampton.

At last month's NFL Draft, Hampton, who moved from New York to Williamsburg several years ago, was announced as the grand prize winner of the NFL's Biggest Fan of the Century contest. His reward? A pair of season tickets to the New York Giants, his favorite team.

"It's magical," Hampton told News 3 Sports Director Adam Winkler earlier this week. "It's just now starting to hit me. It's the greatest gift ever - aside from my kids being born, of course."

It was those kids, his sons Jaydon and Jordon, who entered their Dad into the contest. However, Greg claims the title of Biggest Fan of the Century belongs to his father Grover Hampton, Jr. He passed away in 2012.

"We grew up in the projects," Greg explained. "But we made it work. Between all my brothers and sisters, the one time we always got together - and there was never an issue, was football Sunday."

And now every football Sunday (or any day the Giants play a home game), regular season or postseason, between now and the year 2119, the Hampton family will have a pair of tickets. The family dog, Saquon (named after Giants running back Saquon Barkley), just might be the only one not hounding Greg about sharing his tickets.

"Remember me? I'm so-and-so from so-and-so," Hampton said smiling. While Greg says he and his family plan to use the tickets for each and every game, as part of his prize - he's allowed to pass the tickets down through future generations.

And even without passing along football tickets, Hampton is still paying the game forward. For years, he's served as a coach for the Williamsburg Hornets youth football team.