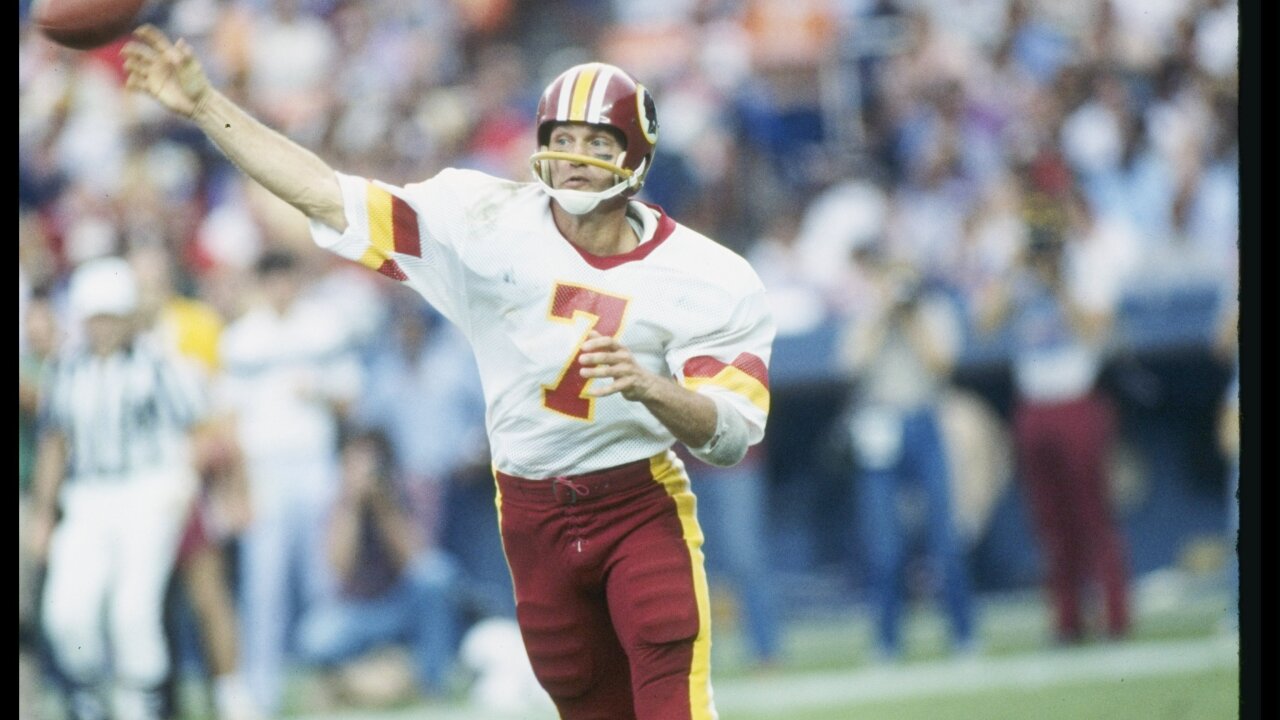 WASHINGTON, DC – Joe Theismann, the Super Bowl-winning quarterback with the Washington Redskins, is the only player in ‘Skins history to wear jersey number seven. It appears that may change this season.

Theismann, who spent all 12 of his NFL seasons with Washington, told Grant and Danny of 106.7 FM The Fan he has given newly-drafted Redskins quarterback Dwayne Haskins permission to wear number seven.

“I just got off the phone with Dwayne just a little while ago, and I told him it was okay to wear No. 7,” Theismann said on the air. “I’ve given him permission. Not that I feel like I needed to, but he was respectful enough to ask. We had a really nice conversation. It’s important to him. And hey, I want the kid to be successful. He doesn’t need to worry about, ‘Well, I wish I could’ve worn a different jersey. I wish I could’ve worn a number.'”

Number seven is not retired by the team, but since Theismann’s last game – no other Redskins player has worn the number. Sammy Baugh’s number 33 is the lone jersey officially retired by the franchise. He played from 1937-1952.

Haskins wore number seven all three of his seasons at Ohio State. He also wore the number in high school at The Bullis School in Potomac, MD.

Washington used its first round selection, number 15 overall, to pick Haskins in the 2019 NFL Draft.