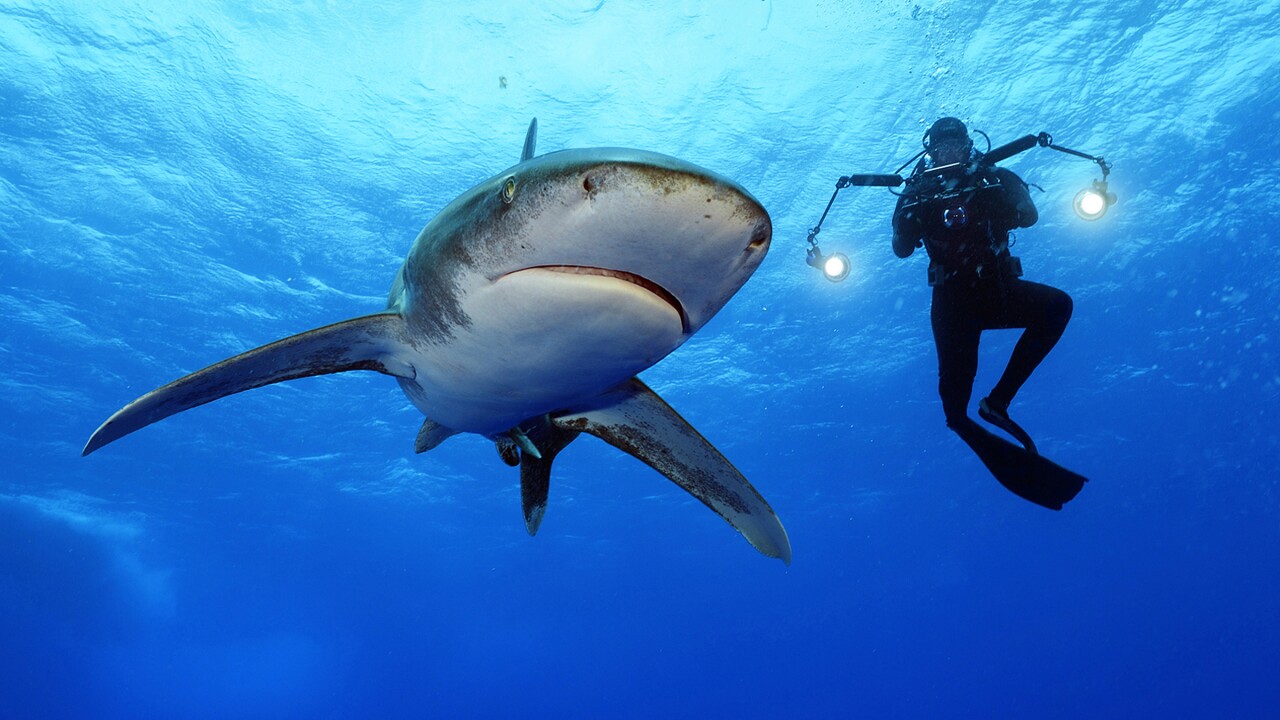 NEWPORT NEWS, Va. – The Virginia Living Museum is asking you to vote to name a resident Sandbar Shark and will announce the name at the grand opening of ‘SHARK ZONE’!

‘SHARK ZONE’ is the Museum’s original and never before seen Summer 2019 exhibition that will open on May 11.

The Museum’s first solicited suggestions for naming the Sandbar Shark by reaching out via social media. The hundred’s of name suggestions was then narrowed down to three and official voting is currently underway through May 10.

The community can vote online at this link and on a poll on Facebook. Museum guests can also fill out paper ballots at a polling station in the Museum lobby.

The name with the most votes will be announced just before the May 11 opening of ‘SHARK ZONE’.

Beginning May 11, the Virginia Living Museum visitors will come face-to-face or rather face-to-nose with one of the world’s most feared predators in ‘SHARK ZONE’.

Visitors will enter the exhibit gallery through a massive shark jaw tunnel to experience a new exhibit created by the Virginia Living Museum.

Once inside the gallery, you can look up to see life-sized replicas of six shark species. The exhibit walls feature photo gallery entitled “SHARKS: On Assignment with Brian Skerry.” National Geographic Explorer and award-winning photojournalist Brian Skerry has spent more than 10,000 hours underwater exploring the world’s oceans with a camera to show why sharks need to be protected and appreciated as an integral species within the ecosystem.

The exhibition will include 35 large-scale images and also videos—all highlighting Skerry’s passion, skill and life-long commitment to conservation of the world’s oceans. “SHARKS: On Assignment with Brian Skerry” will remain on display until August 4. After that date, alternate Virginia Shark photography will be displayed throughout the remainder of the SHARK ZONE exhibition running through September 2.

“SHARKS: On Assignment with Brian Skerry” allows visitors to dive into the depths of the oceans to swim alongside Tiger Sharks, Great Whites, Oceanic Whitetips and Shortfin Makos while learning about each species’ habitat and threats they face. Additionally, they’ll get a glimpse into National Geographic’s ocean conservation efforts, including the Pristine Seas Project.

National Geographic and Explorer-in-Residence Dr. Enric Sala launched the Pristine Seas project to find, survey and help protect the last wild places in the ocean. Through exploration, scientific research, economic and policy analysis, and outreach, National Geographic has worked to establish marine reserves where aquatic life can thrive—while ensuring that they will be effectively managed for years to come. Pristine Seas is one of National Geographic’s key initiatives dedicated to environmental preservation.

The more Skerry understands these creatures, the more he wants to show them in a different light, as something to respect and value rather than revile and fear. Yet, sharks face many dangers as more than 100 million are killed each year, primarily for their fins.

The SHARK ZONE experience also offers visitors an opportunity to touch live catsharks and skates in an eight-foot chilled, saltwater tank. Guests get an up close look at those sharks and skates through underwater viewing windows. Enter the Shark Cage and come face-to-face with a full-size great white shark replica. Use a computer kiosk to track more than 20 tagged Great White Shark locations in the world’s oceans and explore educational websites with shark themed games and quizzes.

Kids can role-play as marine biologists and scientists who radio tag, medically test, name and safely release sharks. In this Shark Research Station play area, kids will capture one of five plush shark species and use medical equipment to perform critical tests before releasing them back into the ocean.

Step outside to a Fossil Beach and dig in a pit for real fossil shark teeth and learn to identify the type of shark they came from. Take home a souvenir fossil shark tooth over 50 million years old!

Standing inches from a 6 foot wide and 6 foot high Megalodon Shark Jaw, visitors can truly imagine the incredible size of this school bus sized shark that once swam throughout Hampton Roads, Virginia. Take a picture of a lifetime of your family by this Megalodon Shark Jaw and take a close up of its hand-sized teeth.

“Marvel at the diversity of the over 400 types of sharks in the oceans today – from one the size of your hand that glows in the dark to one the size of an SUV. Sharks come in all different shapes and most of them do not resemble the shark movie predator,” said VLM Exhibits Director Fred Farris, who designed the exhibit.

Arrive early at 9:01 a.m. to witness the Opening of the Shark Jaws. A large inflatable tunnel will invite visitors through a large shark jaw; the entrance to ‘SHARK ZONE’.

Sharks have special adaptations to help them survive in the wild, but did you know some of the animals at the Virginia Living Museum have similar characteristics? Join a VLM educator to learn about the ways sharks survive in an array of environments – and meet some of the museum’s animal ambassadors up-close. Shark Secrets will be presented at noon, 1 and 2 p.m. May 11, May 25-27 and daily June 15 – Sept. 2 on the Museum’s main level.

The Virginia Living Museum is open daily from 9 a.m. – 5 p.m. Museum admission is $20 for adults and $15 for children ages 3-12. All daytime planetarium showing are free for Museum members and $4 plus Museum admission for non-members.