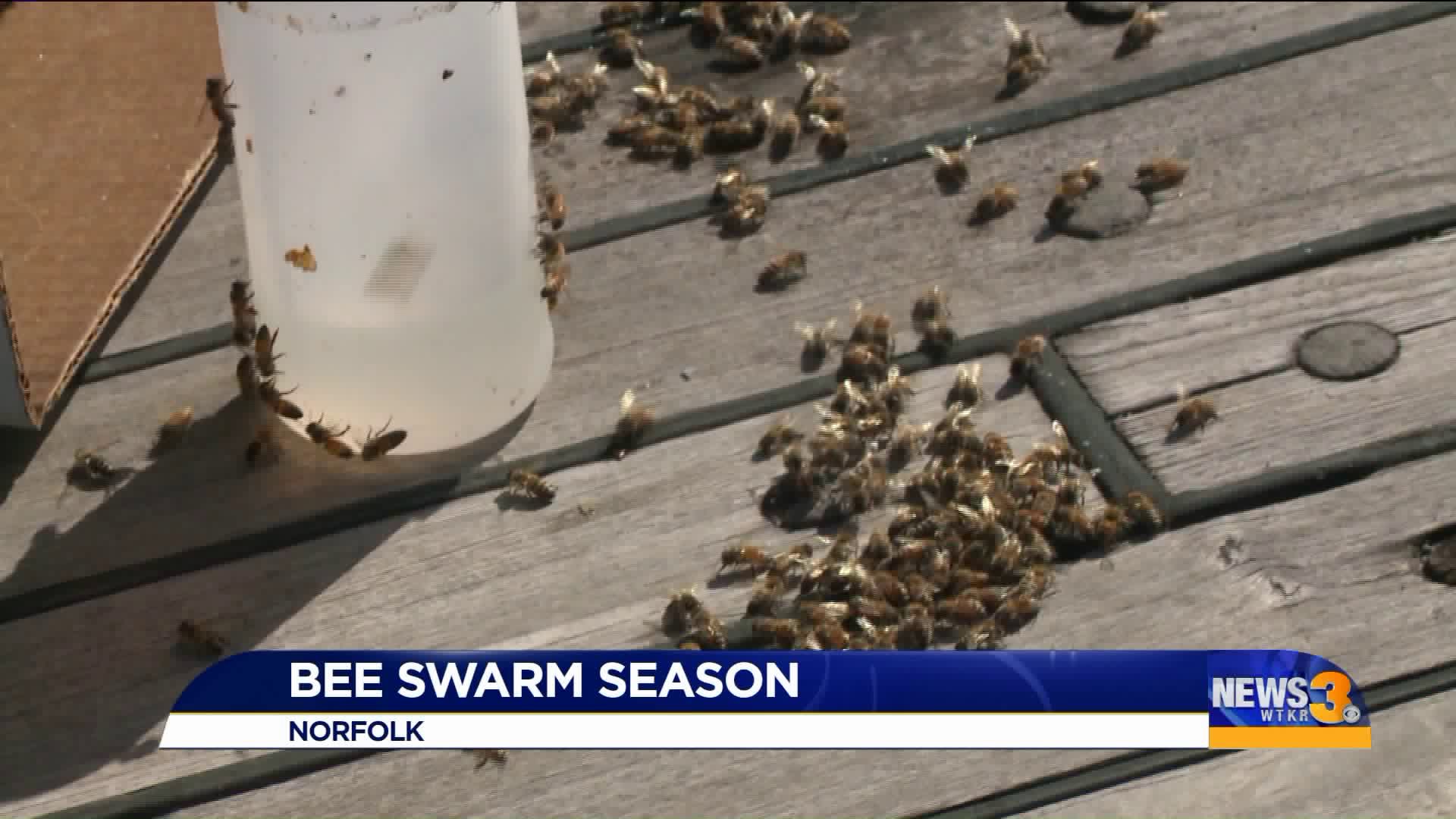 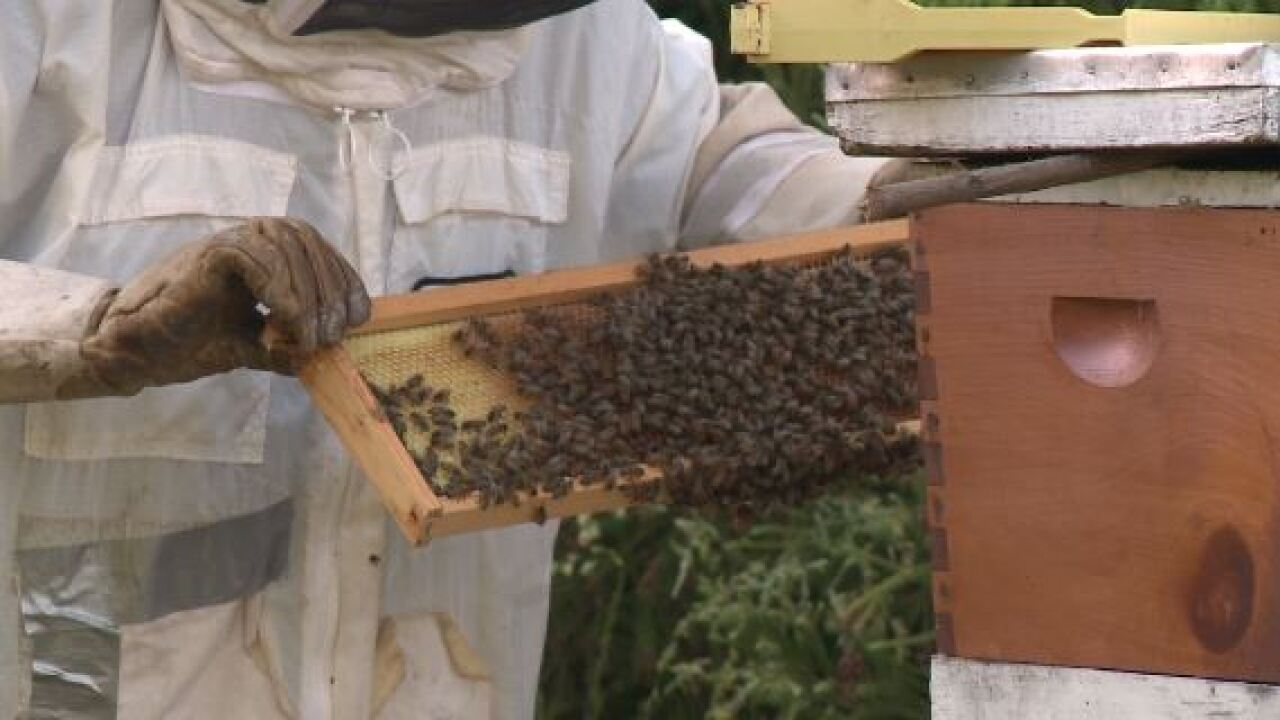 It’s swarm season. Thousands of honeybees are leaving the hive and gathering in usual places, and beekeepers are asking people to be cautious and courteous.

An estimated 3,500 honeybees landed on the Battleship Wisconsin at Nauticus in Norfolk on Wednesday.

Stephen Kirkland is the Executive Director of Nauticus and started recording on his phone while the swarm was being removed.

“We had 3500 visitors on board the battleship Wisconsin and they did not pay, but they flew in - they swarmed in from the river. It was really neat,” says Kirkland.

Beekeeper Karen Zablocki runs Z’s Bees and rounded up most of the busy bees Wednesday. Thursday, she came back to collect the few stragglers.

Zablocki says from April to June is swarm season. Bees leave their old hive looking for a new place to live with the queen bee.

“If you had 20 people living in a three-bedroom place, you would say, ‘We have too many people, somebody’s got to leave,’ and so that’s what it’s like with a hive,” says Zablocki.

Zablocki says it’s not uncommon to find thousands of bees that land on boats, fences, trees, bushes and cars this time of year.

Zablocki collected the bees and brought them to the Virginia Tech Extension Center in Virginia Beach, where they’re living happy and healthy lives.

Zablocki says honeybees help pollinate everything from the crops we eat to the cotton we wear.

She and other beekeepers are happy to safely relocate a swarm to greener pastures free of charge.

Click here to find a local beekeeper in your area to remove a swarm.