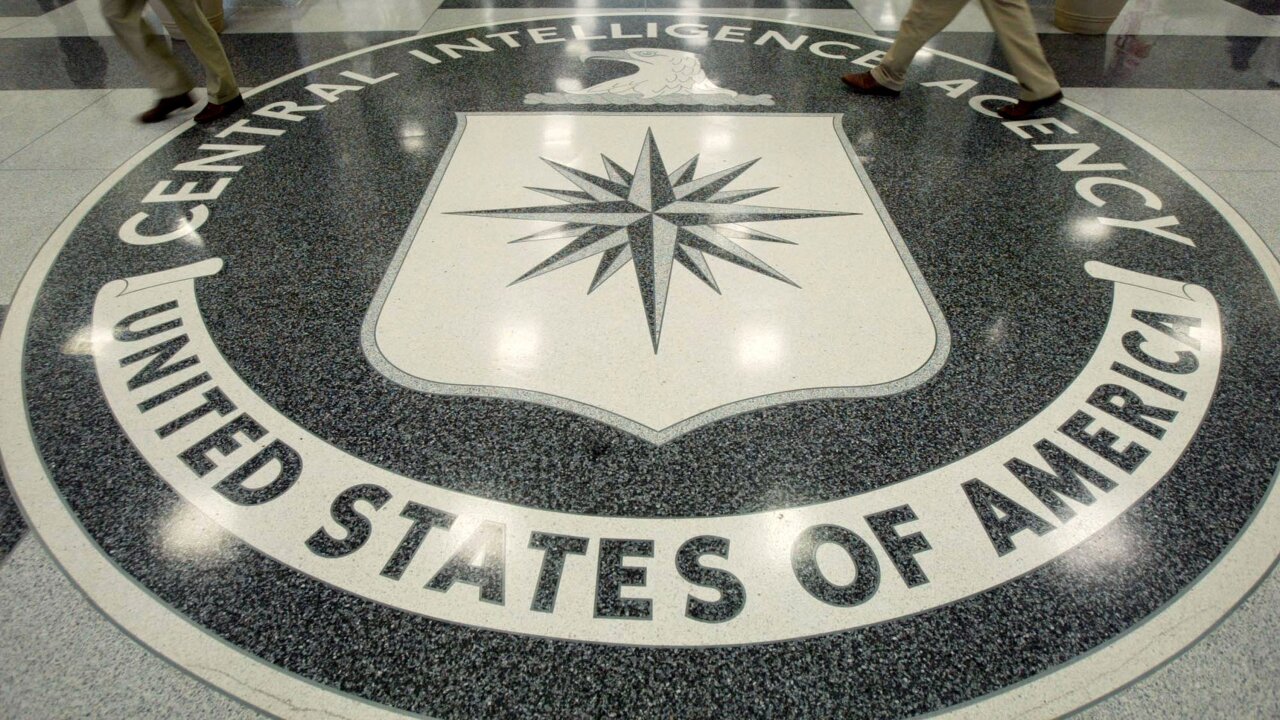 The CIA symbol is shown on the floor of CIA Headquarters, July 9, 2004 at CIA headquarters in Langley, Virginia. Earlier today the Senate Intelligence Committee released its report on the numerous failures in the CIA reporting of alleged Iraqi weapons of mass destruction.

Former CIA case officer Jerry Lee pleaded guilty Wednesday to charges that he conspired to commit espionage on behalf of the Chinese government.

The change of plea came as a trial was set to take place in Virginia federal court that would have seen Lee defending himself against additional, serious charges.

“I conspired to gather and send secret level information to PRC,” Lee, a 13-year veteran of the US spy agency, told Judge T.S. Ellis III, referring to China.

Lee’s attorney, Edward B. MacMahon, has maintained that Lee is not a Chinese spy, and Lee was not accused of actually sending any state secrets to the Chinese.

Court documents, however, detail how Lee allegedly maintained communication with two Chinese intelligence officers that would send him envelopes with “taskings,” or requests for secret information, in exchange for cash.

The Chinese intelligence officers asked Lee for 21 different pieces of information, mostly about CIA matters, according to an indictment.

FBI agents who conducted a search of a hotel room Lee rented in Hawaii in 2012 found a thumb drive with the document, which included information classified at the secret level, already deleted.

The indictment also alleges that Lee drew a sketch of a floor plan of a particular CIA facility located abroad. In court Wednesday prosecutors said that the building was “no longer in use.”

According to a statement of facts presented Wednesday, Lee told federal investigators that he never actually delivered the thumb drive to the Chinese and that he “tore (the floor plan sketch) up, threw it away and never gave it to the intelligence officers.”

Prosecutors have alleged in court documents that Lee transferred hundreds of thousands of dollars into a bank account around the time of his communications with the Chinese intelligence officers, though they have provided no evidence that the money in fact came from the Chinese.

The conspiracy to gather or deliver national defense information charge that Lee pleaded guilty to carries a maximum sentence of life in prison but prosecutors said they would ask the judge for a sentence beginning in a range of about 21 years, according to the plea agreement.

Lee is due back in court for sentencing in August.

MacMahon, Lee’s attorney, told reporters after the meeting that he didn’t consider Lee a spy, but did not backtrack from the espionage charge his client to which his client had just pleaded guilty. He said that his client’s case stood apart from other espionage cases because Lee was not accused of actually sending the Chinese any classified information.

MacMahon also pushed back on news reporting, first published in The New York Times, that Lee was believed to have helped China dismantle a US spy network in the country and identify informants who were later killed or imprisoned. The New York Times reported last year that the imprisonment or execution of a dozen Chinese nationals working for the US was “one of the most devastating intelligence setbacks for the agency in recent decades.”

MacMahon called those allegations “categorically untrue” and noted that the Justice Department had not accused Lee of successfully sending any information to the Chinese, let alone information that led to the imprisonment and death of Chinese assets.