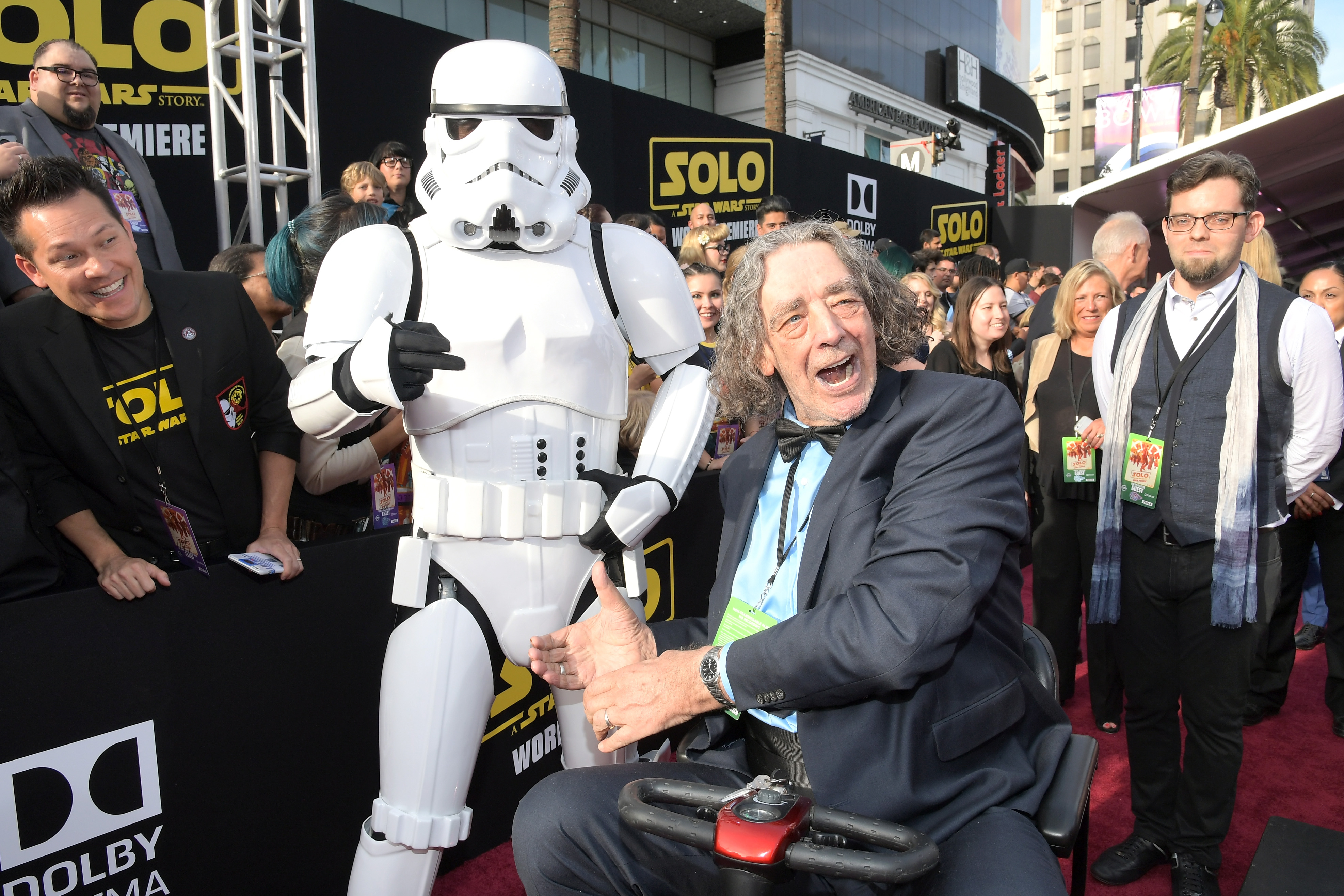 The family of Peter Mayhew announced Thursday that the actor died Tuesday at the age of 74.

Mayhew played Chewbacca in the original Star Wars trilogy, episode three of the prequels and the New Trilogy, and consulted on The Last Jedi to teach his successor.

“He put his heart and soul into the role of Chewbacca, and it showed in every frame of the films, from his knock-kneed running, firing his bowcaster from the hip, his bright blue eyes, down to each subtle movement of his head and mouth,” his family said in a statement. “But to him, the Star Wars family meant so much more than a role in a film.”

The family of Peter Mayhew, with deep love and sadness, regrets to share the news that Peter has passed away. He left us the evening of April 30, 2019 with his family by his side in his North Texas home. pic.twitter.com/YZ5VLyuK0u

He is survived by his wife Angie and his three children. Angie will take the helm of the Peter Mayhew Foundation.

A memorial service will be held for family and friends on June 29, and a memorial will be set up for fans in early December in Los Angeles.

In lieu of gifts and flowers, his family asks that well-wishers donate to his foundation so they can continue his efforts to help the community. You can donate here.