The guided-missile destroyer that's homeport is Naval Station Norfolk has been gone since September as part of a 7.5 month deployment to the Mediterranean Sea and Arabian Gulf, according to the Navy. 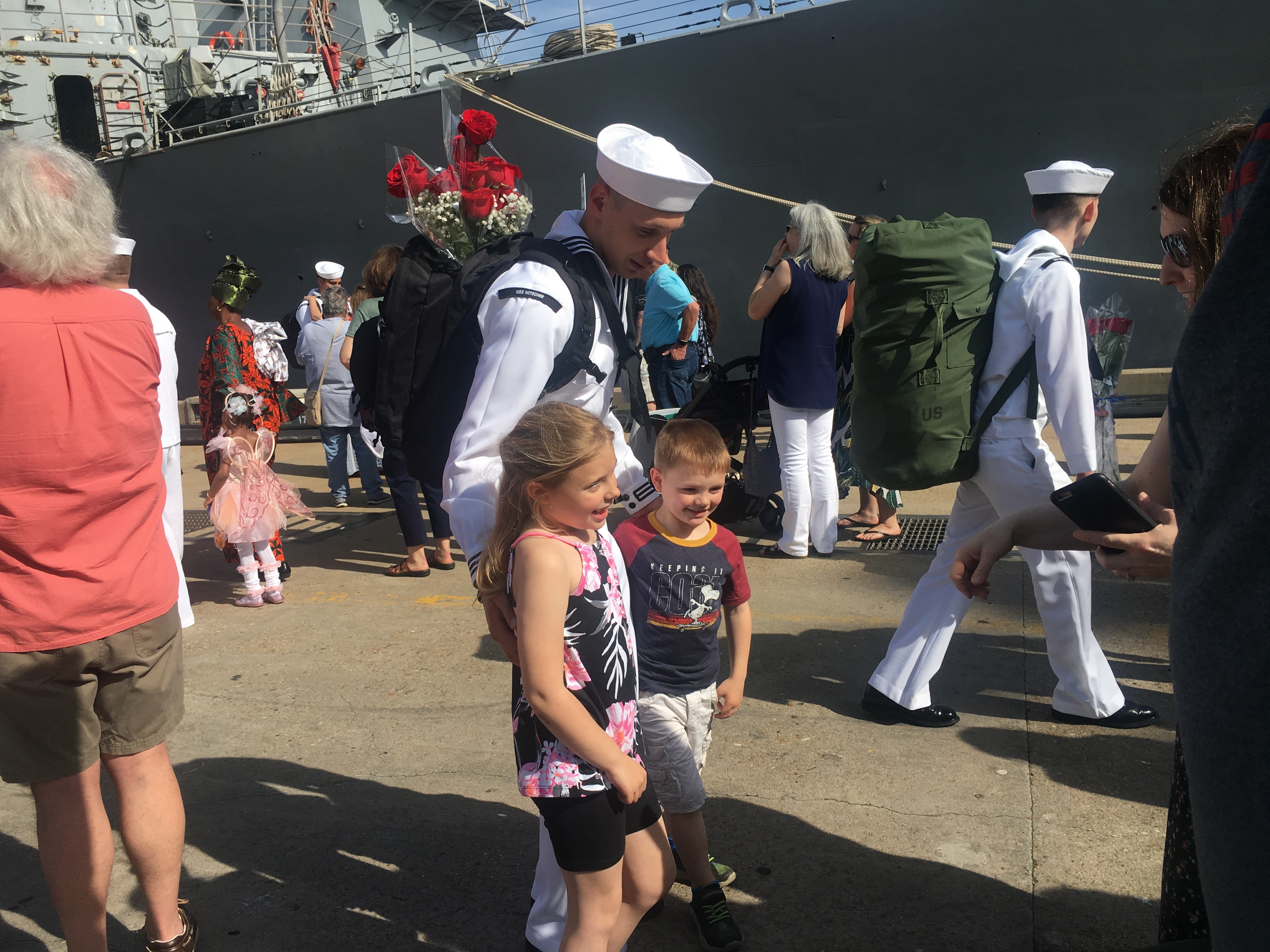 While deployed, Mitscher’s crew also conducted multiple exercises with multinational allies including training with Italian and French counterparts in the Mediterranean Sea during Italian-led Exercise Mare Aperto and performing a passing exercise with the Egyptian Navy in the Red Sea, according to the Navy.

“I could not be more proud of Mitscher’s Sailors, chiefs, and officers during this deployment,” said Cmdr. Ian Scaliatine, commanding officer of the Mitscher. “The Mitscher team responded well in every situation and overcame every challenge with the utmost professionalism and absolute dedication.”

Before September 2018, the Mitscher last deployed was in late 2014.

Here she comes! USS Mitscher is back home! Hundreds of excited families are waiting to reunite with loved ones after 7 1/2 months. pic.twitter.com/zW6nBIBXJl