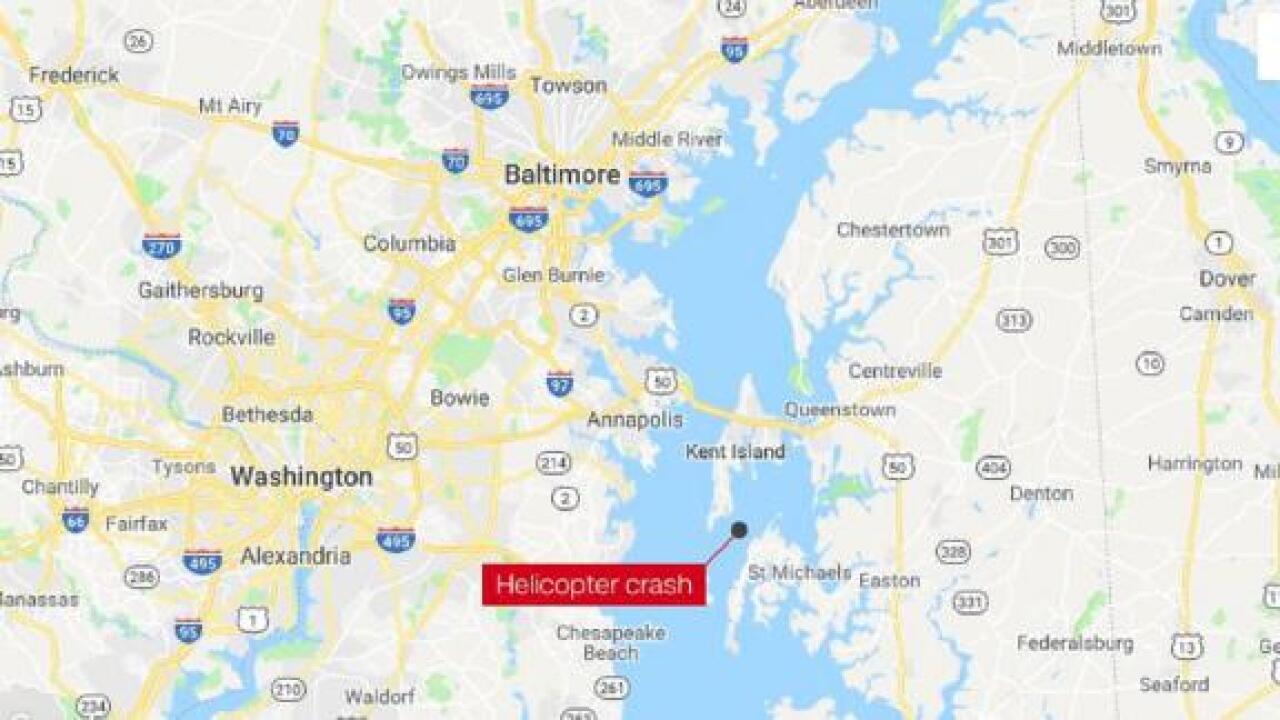 A search is underway for two men after their helicopter crashed Saturday in Chesapeake Bay in Maryland, the US Coast Guard and local officials said.

The pilot and a passenger — Charles Knight, 38, and Matt Clark, 36 — went missing Saturday when the helicopter crashed around 12:30 p.m. about a mile south of Kent Island, Maryland, police said.

The cause of the crash is unknown.

A brother of one of the men was “boating in the vicinity” when he saw the crash and notified the Coast Guard, said Corinne Zilnicki, a Coast Guard Petty Officer 2nd Class.

First responders found debris in the area but have not located the men, said Scott Wheatley, assistant chief with the Queen Anne’s County Department of Emergency Services.

Rescue boats from the Coast Guard’s station in Annapolis, a dive team with the Anne Arundel County Fire Department and several other agencies were assisting in the search for the missing men.

The crash took place near Bloody Point in Queen Anne’s County, south of the Bay Bridge. The Bloody Point Hole is the deepest part of the bay at 174 feet below sea level and approximately a mile west-southwest off the southern tip of Kent Island, according to the Maryland Geological Survey.