Driver falls asleep at the wheel, plows into home 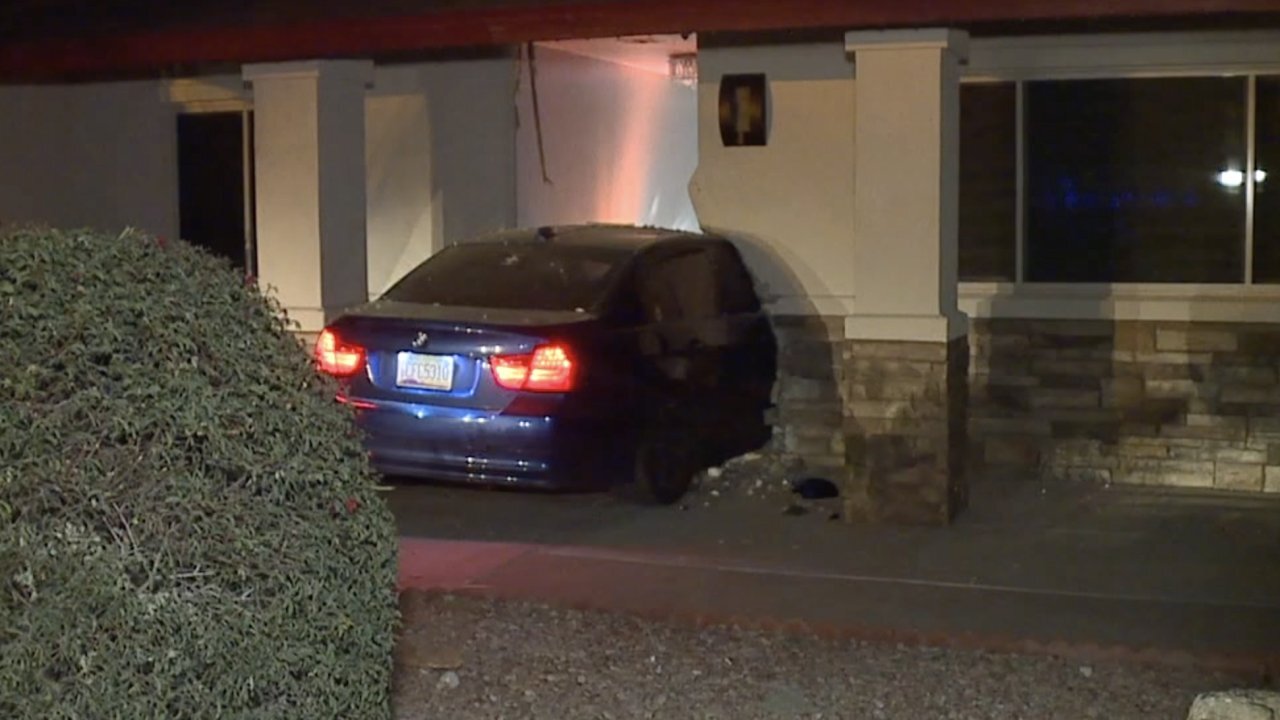 **Embargo: Phoenix, Ariz.** A family is lucky to be alive after a car crashed into their home early Saturday morning.

PHOENIX, Ariz. (KNXV) — A Valley family is lucky to be alive after a car crashed into their home early Saturday morning.

Police tell ABC15, the 2009 BMW missed a turn and plowed halfway through the family’s residence near 35th and Peoria avenues.

Authorities say the 18-year-old driver told officers he was driving home from work and fell asleep at the wheel. He suffered minor injuries, but is expected to be okay, police say.

The homeowners were not hurt, but told officers they had just finished remodeling their house.

The investigation is ongoing, but police say impairment is not a factor at this time.