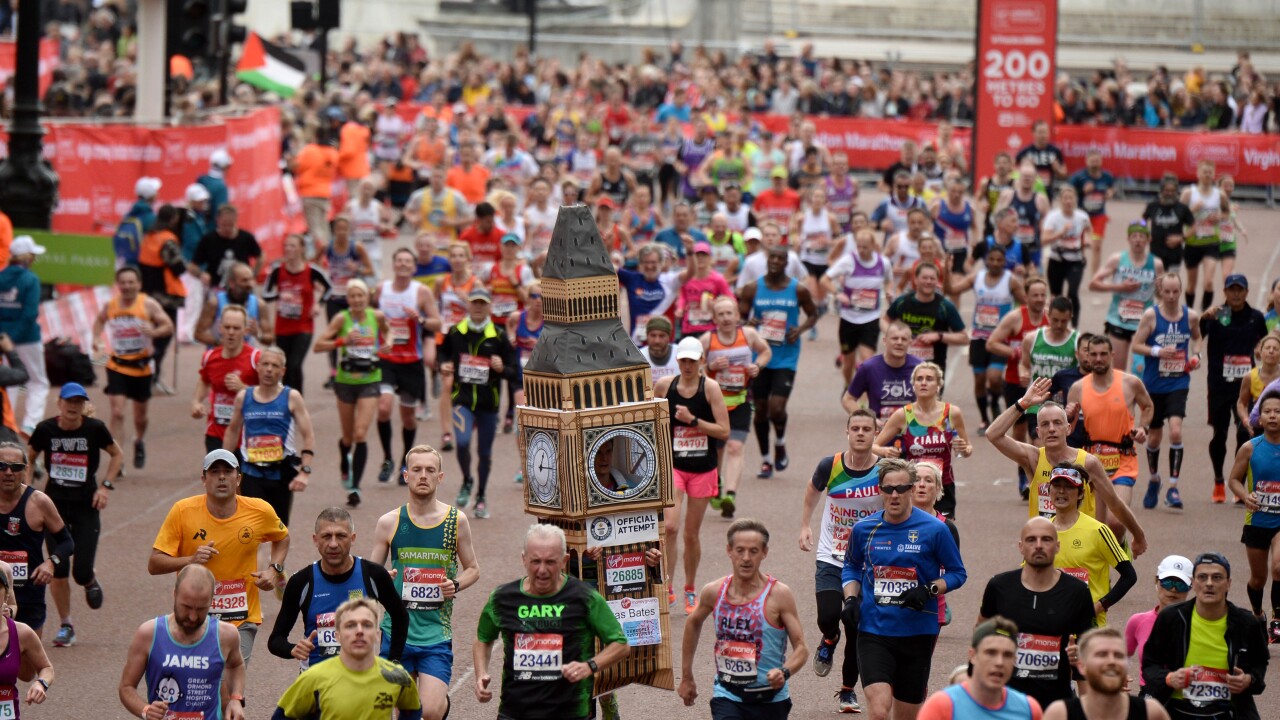 A woman who wanted to break the Guinness World Record for running a marathon dressed as a nurse has been told her successful attempt does not count — because she was wearing scrubs and pants, rather than a skirt.

Jessica Anderson, a nurse at the Royal London Hospital, ran the city’s marathon last Sunday in the outfit she wears at work.

But she was told beforehand by Guinness World Records that she would need to wear a blue and white dress, apron and a traditional nurse’s cap for her effort to be valid, Britain’s Press Association reported.

Full-body scrubs are too close to the organization’s definition of a doctor’s costume, officials added.

“Their definition is just so outdated,” Anderson told the magazine Runner’s World. “Some of the nurses I work with do wear dresses but mostly we wear scrubs or a tunic and trousers. I’ve certainly never seen a male nurse wearing a dress to work.”

“I’m sure Guinness World Records don’t intend to cause offence but it would be nice if they decided to revise their criteria instead of reinforcing old gender stereotypes,” she added.

Anderson had asked the organization to reconsider, but her request was denied. They have since said they would review their rules.

“Inclusiveness and respect are values that Guinness World Records holds extremely dear, and while we always need to ensure we can differentiate between categories, it is quite clear that this record title is long overdue a review, which we will conduct as a priority in the coming days,” the body said in a statement. CNN has contacted Anderson for comment.

Anderson would have claimed the record had her costume been accepted. Her time was 3 hours, 8 minutes and 22 seconds, beating the previous record by 32 seconds.

The run is one of the world’s most famous events and receives hundreds of thousands of applicants each year. More than 400,000 applied to join this year’s marathon, setting a new record, organizers said.

But last Sunday’s race was not free from controversy, with organizers investigating claims that runners towards the end of the pack were called “fat,” “slow” and told to hurry up by contractors.

Anderson, who was worked at the London hospital for seven years, set a fundraising target of £500 ($660) for her race but smashed the target, with many contributors donating money after the race, having heard about the decision. By Sunday morning, her fundraising page showed contributors had pledged £2,400.

“We have previously used the charity fund to buy equipment for the ward such as dementia-friendly clocks and signage, a bladder scanner and some furnishings for the staff room and day rooms,” she wrote on her page.