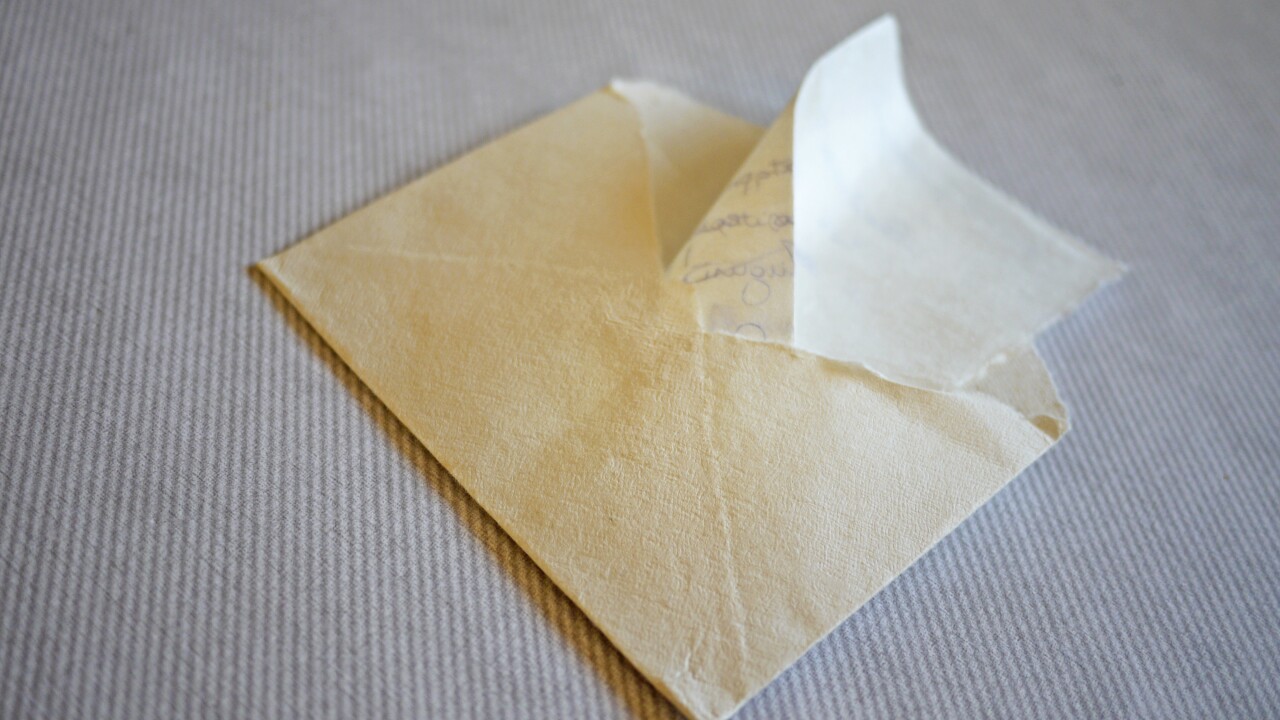 FENNVILLE, Mich. (WXMI) — A mother and daughter stumbled upon an eerie piece of history during one of their weekly beach walks along Lake Michigan.

“We always walk between these two parks right here because there’s always a lot of litter washed up,” Amy Gasaway says.

Gasaway and her daughter Amanda Butler call themselves “beachcombers.” They enjoy searching for beach glass, driftwood and other treasures on the beach at West Side County Park.

A couple weeks ago during one of their beach walks, they found something bizarre.

“As we were going through the debris, I was using one of the driftwood pieces,” Gasaway says. “I kinda caught this yellow bottle top.”

It was a Pepsi bottle. The women quickly noticed something about it that kept them from thinking it was just another piece of litter.

“It had a nice ‘Open me’ sign in it,” Butler says. “So, as we got in to open it, we found a class project for an AP class of English out of Clayton, Indiana.”

Inside the Pepsi bottle were three letters. The first was written by a teacher named Diane Flint at Cascade High School in Clayton, Indiana explaining she had her Honors English students write letters and put them in a bottle, hoping they would be found and someone would write them back. The other two letters were written by Flint’s students.

As Amanda and Amy were reading the two letters inside written by then 15-year-old boys Zachary Catlin and John Thomas, they noticed the date they were written: September 10, 2001, a day before 9/11.

“I’m sure they had no clue whatsoever how the world was about to change in front of them,” Gasaway says.

Catlin wrote that he wanted to be a geologist when he grew up. Thomas wrote about how he liked to play guitar and sleep.

The letters feel like the last tangible glimpse into a simpler time, before the lives of young Americans coming of age in 2001 were blindsided by what was suddenly an uncertain future.

“It really makes you wonder you know, what these young men have gone through since then,” Gasaway says. “There’s been a lot of changes since 9/11, since they wrote these.”

Now, their mission is to find Catlin and Thomas to see how their lives turned out.

“We’re also curious at how many of them came back from their project, you know?” Gasaway says. “Is this maybe one of the last few out there? Were there every any found, you know? We do have a couple questions for them.”

FOX 17 is working with Gasaway and Butler to get ahold of the men who wrote the letters, along with their high school teacher. The women say they want to give their letters back to them. When they do, they also want to give them other treasures they’ve found on their beach walks.