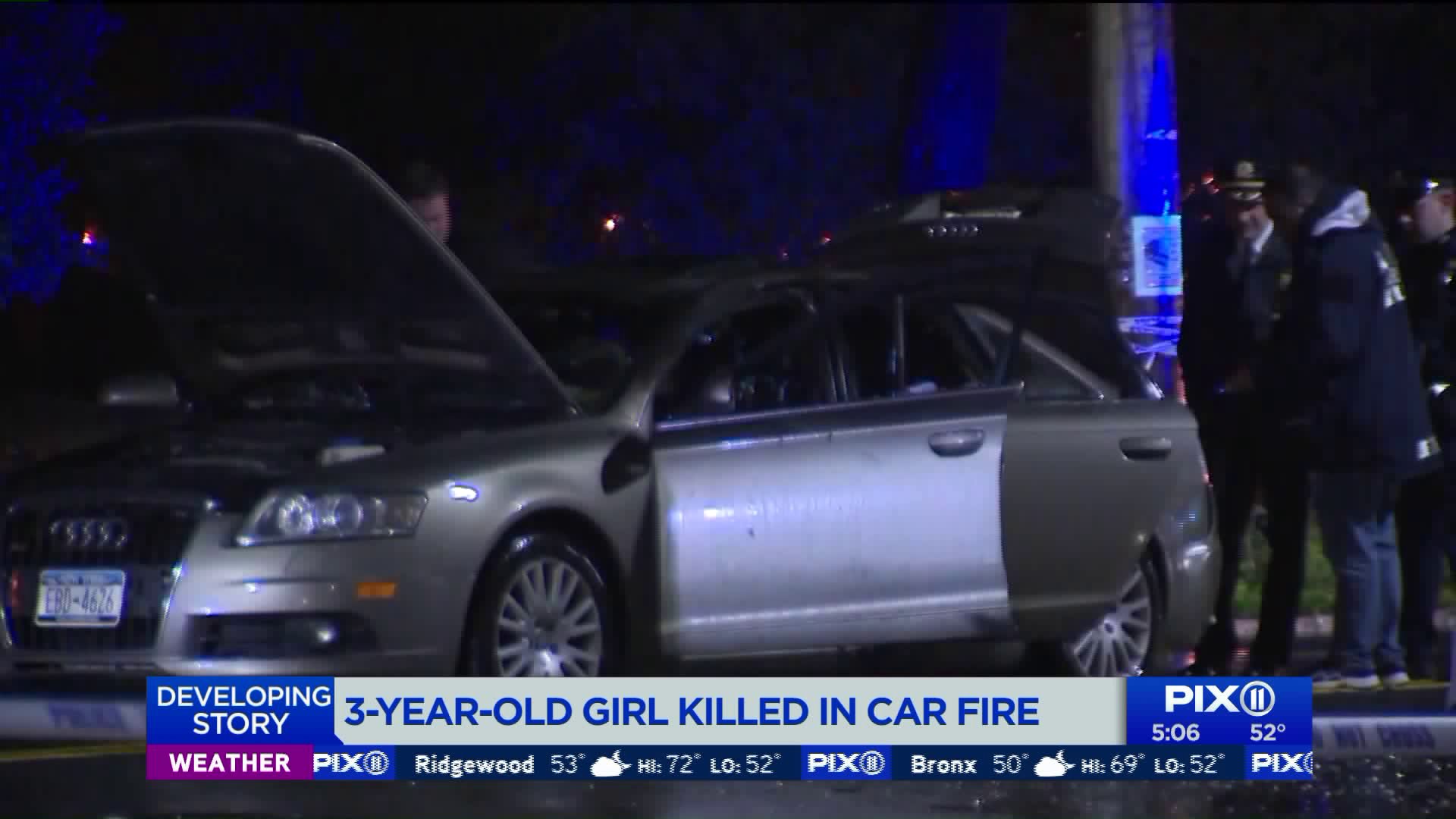 A 3-year-old girl was killed in a car fire in Queens on Sunday night, police said. Her father is in police custody.

FDNY responded shortly after 9 p.m. Sunday, after a passerby saw the car parked at an intersection and called 911, officials said.

Firefighters arrived to find a silver 2008 Audi sedan engulfed in flames with the doors of the car chained shut, police sources told WPIX.

Witnesses told responders they saw a girl "burning" in the vehicle.

Three-year-old Zoey Pereira was found on the backseat of the car, fire officials said.

The latch of the chains bolted on the doors gave way due to the heat, and firefighters were able to get the child out, FDNY sources said.

Pereira was rushed to the hospital, where she succumbed to her injuries. FDNY firefighters found two fuel canisters and a propane tank inside of the car, they said.

A 39-year-old Valley Stream man, who sustained burns throughout his body, was found  a short distance away near Baisely Pond, police said.

Witnesses told WPIX they saw the man, who was  "on fire", running for his life while his child appeared to be seemingly clinging to life inside of the charred vehicle.

"The fire caught on him, also maybe he was running for his own life," said Owen Johnson. "She was still a little bit alive, but I could tell the time range and the time the FDNY came, she was burned," Johnson said.

The man, whose identity has not been released, was taken into custody and transported to the hospital in critical but stable condition, police said.

He has not yet been charged, police said.

WPIX has learned that a separate interference 911 call was made around the same time of the fire regarding the well-being of Pereira.

The child lived with her mother in Jamaica, Queens, sources said.

The mother and the father of Pereira were not married and were in the midst of a bitter custody battle, sources told WPIX.

The father holds a previous arrest record from 2013 for aggravated harassment. It is unknown if this arrest directly involved the mother of Pereira.

Police are investigating the incident as a homicide.