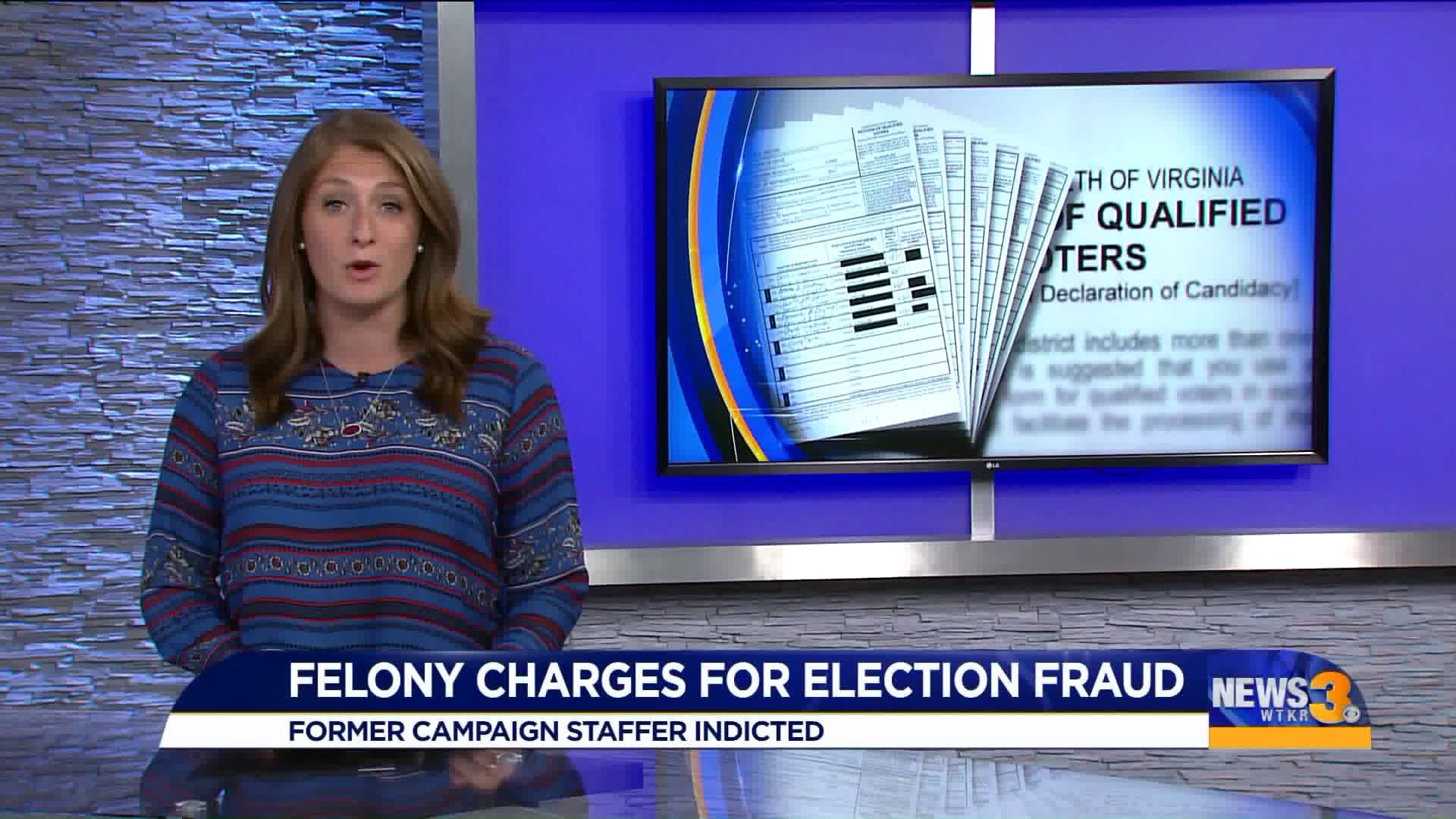 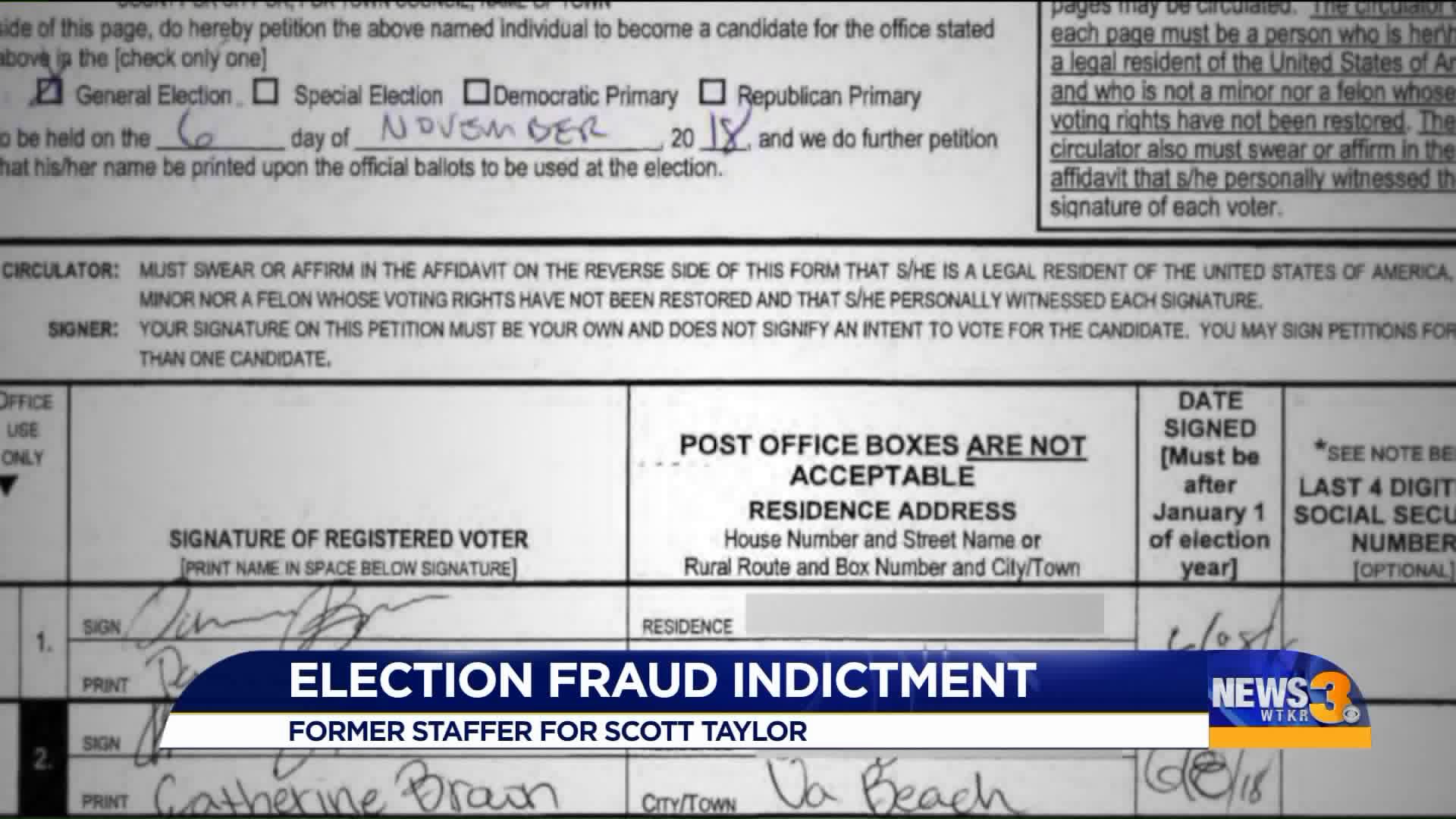 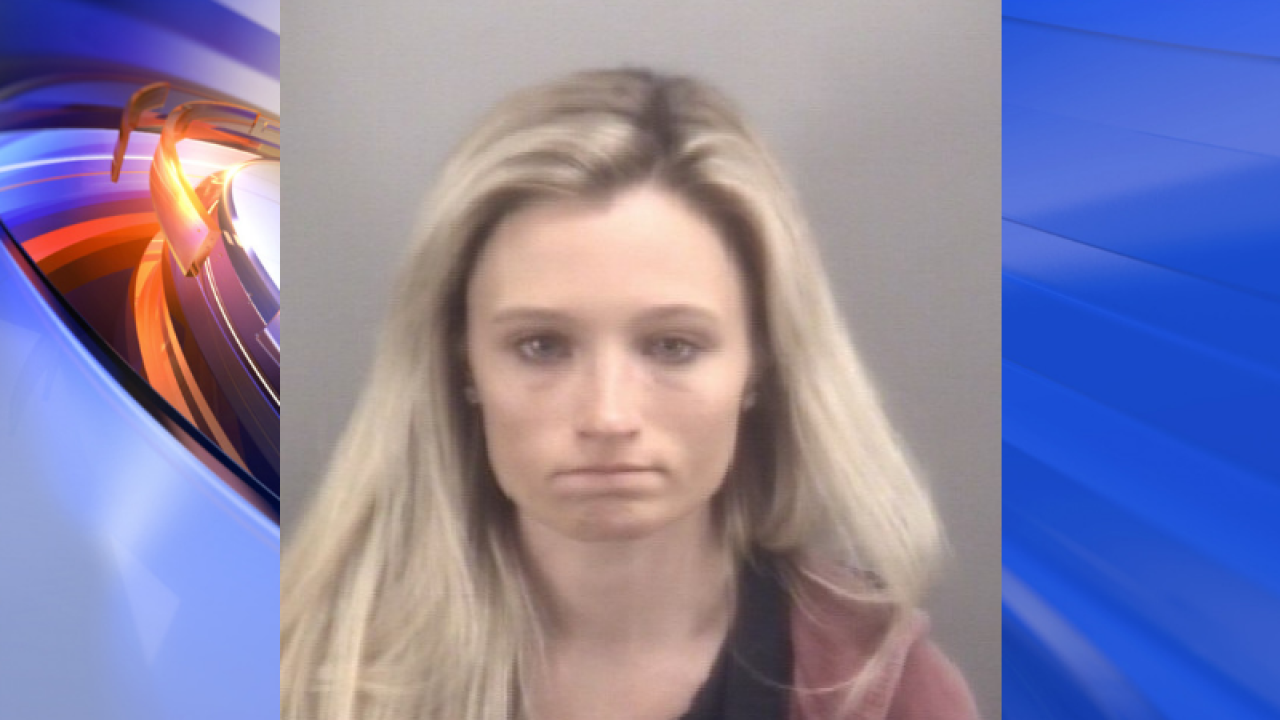 Donald Caldwell, the Commonwealth's Attorney of Roanoke, announced his actions in a press release on Monday. "It is clear that individuals decided to engage in activity that was a violation of Virginia law," he wrote.

Caldwell has been investigating Taylor's staff since last summer, when it was revealed several signatures were forged on petitions to help qualify Shaun Brown as an Independent candidate for Congress in the second congressional district. The signatures included dead people and others who said their names were used without their permission.

Taylor lost his re-election bid to Elaine Luria. Brown is currently in prison after a jury convicted her in a fraud case unrelated to this investigation.

"The special prosecutor's release today makes it concretely clear, as I have maintained all along, I knew nothing about any illegal actions that transpired. Further it is entirely appropriate to hold those accountable for their actions in this matter," Taylor said in a statement.

Statute of limitations has certainly not run out. We WILL be exploring all legal options. Threshold for defamation against a public figure is disseminating info you knew was false, with malicious intent. @vademocrats @dccc https://t.co/Ui5cVLf4LU

Spokesperson Christine Bennett with the Democratic Congressional Campaign Committee (DCCC) said that, “Ex-Congressman Scott Taylor used taxpayer-funded resources to do political dirty work – a clear and obvious violation of House Ethics rules. Scott Taylor should take responsibility for the actions that took place in his Congressional office and later by his campaign staff."

Taylor's staffers held a meeting in Washington, D.C., on or about June 1, according to Caldwell. During the meeting, they agreed to collect signatures to help Brown qualify, but Caldwell says this was not a crime.

It wasn't until the task found its way to Taylor's Virginia Beach campaign headquarters when things became criminal, Caldwell said. Six to eight people were involved in the questionable signatures, but not all of them may have violated the law, he added. He says the investigation continues with more answers hopefully coming in the months to come.

"Today's news from the Roanoke Commonwealth's Attorney's Office have made it crystal clear: Scott Taylor's campaign participated in a criminal forgery scheme to cheat the voters of a district Taylor represented. We are proud that our lawsuit was able to shed light into this clear attempt to undermine Virginia's free and fair election process," said Jake Rubenstein, communications director for the Democratic Party of Virginia.

While Taylor says he's been completed vindicated, the incident will likely still hang over Taylor's head. "It is not a total vindication," said Dr. Jesse Richman, a political analyst from Old Dominion University. "It's not as bad as it could've been, but clearly at one member of his campaign - there's enough evidence to indict for fraud allegations."

Reached by phone, Caldwell declined to comment further on the investigation.