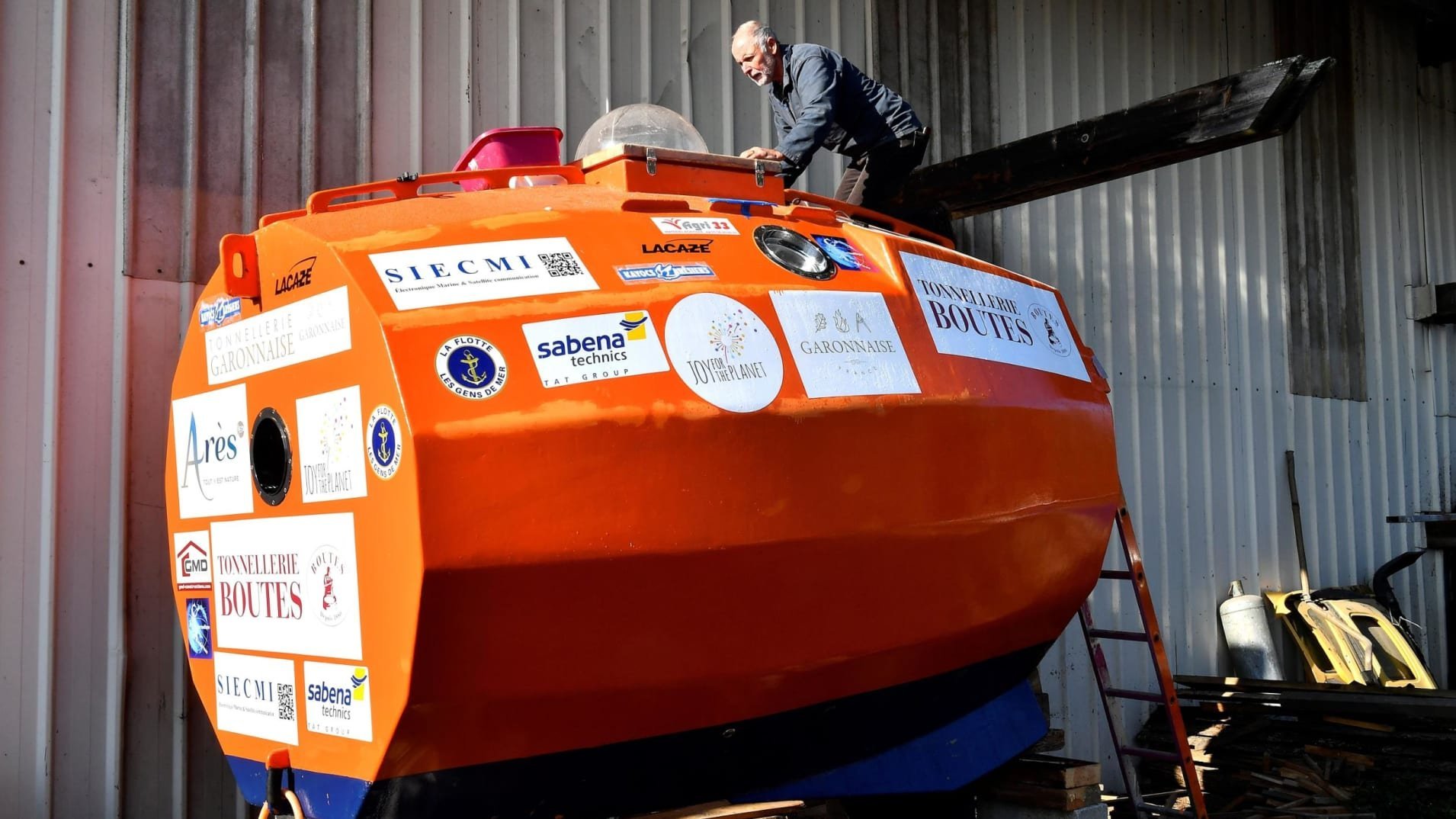 A French man who has spent more than four months floating across the Atlantic Ocean in a giant orange barrel has arrived at his Caribbean destination.

Jean-Jacques Savin set off from the Canary Islands, off the coast of Africa, on December 26, 2018 — heading west in a barrel-shaped capsule he’d built himself.

Savin, 71 at the time of his departure, spent the first four months of 2019 inside his barrel, traveling at about two miles an hour with no engine and relying entirely on the ocean current to guide his journey.

He surprised locals as he came ashore on the tiny Dutch Caribbean island of St. Eustatius shortly after midnight last week, bringing a mammoth, 2,930-mile journey to a close.

“Everything has an end … finally, here I am at the end of this adventure,” he wrote on Facebook on Friday, after stepping foot on land for the first time this year.

A diving center on St. Eustatius welcomed Savin, adding on Facebook that he was also given a room at a hotel on the island, which has a population of just over 3,000.

Related: He swam for 54 days across crocodile-infested lake to break two world records

“Some joked and ask if they were arresting him on arrival for being so crazy,” St. Eustatius resident Dorette Courtar, who watched his barrel pulled ashore by a crane, told CNN. “Others, like myself, were fascinated by this journey and technology.”

The septuagenarian traveled alone in his handmade vessel, which measures about 10 feet long and seven feet wide and includes a small kitchen and bed, and space for storage. He fed himself on fish caught from the ocean.

Savin stowed away a bottle of Sauternes white wine and a block of foie gras for New Year’s Eve. He also had a bottle of Saint-Émilion red to celebrate his birthday in January.

But most of Savin’s entertainment came from the portholes in his vessel, through which he watched passing fish.

The trip was not Savin’s first major adventure. He previously worked as a military paratrooper and a private pilot, and climbed Mont Blanc in 2015, according to his project’s website.

A tracker on board allowed people to follow his progress online and Savin dropped markers on his way to help international marine observatory organization JCOMMOPS study ocean currents.

Savin had hoped to reach the Caribbean by late March, but missed the mark by just over a month. He still intends to make it to French-owned Guadeloupe by boat, before heading home with his barrel.