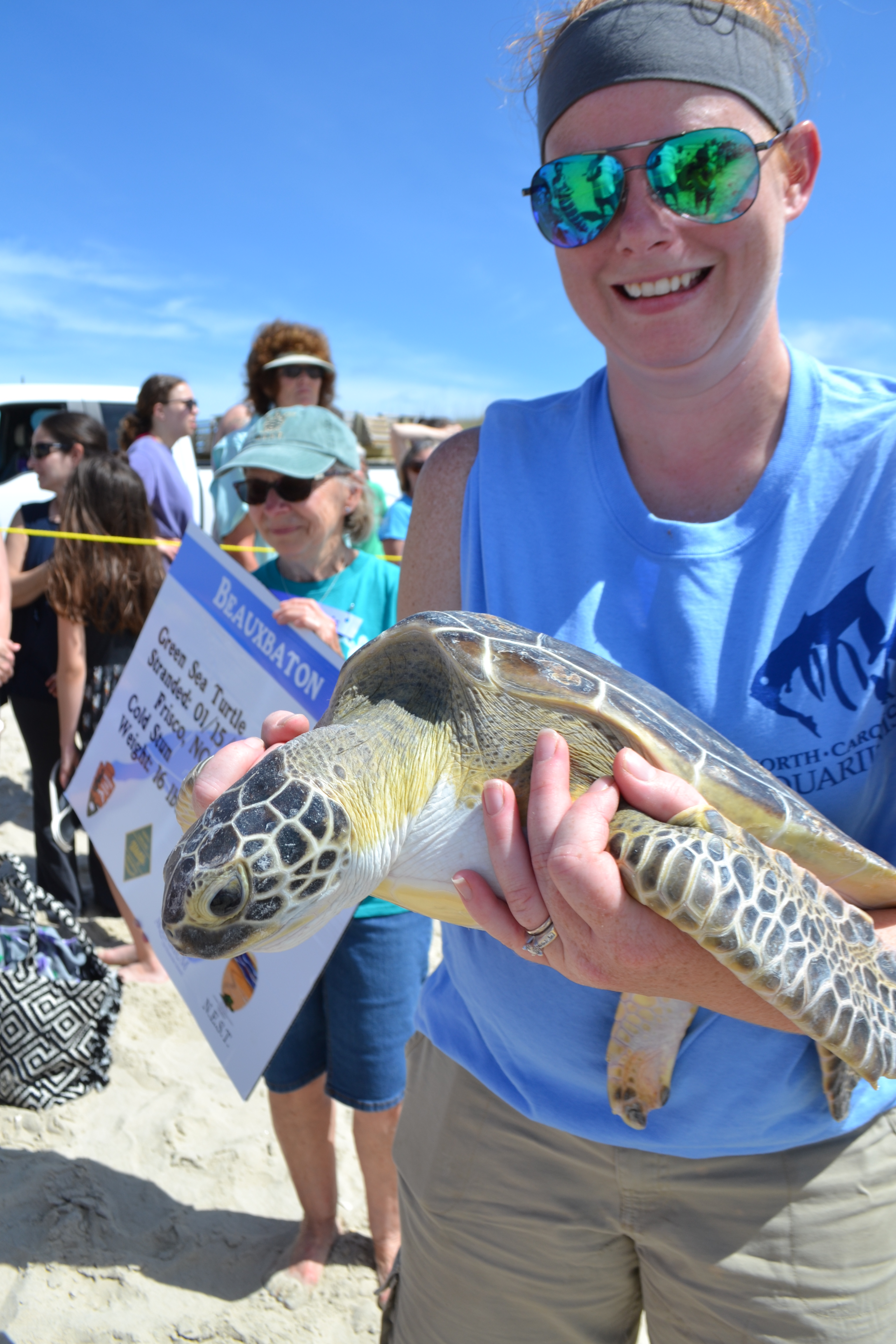 MANTEO, N.C. – Six sea turtles treated and rehabilitated at the North Carolina Aquarium on Roanoke Island were released on Saturday in Hatteras Island.

The four loggerhead sea turtles and two green sea turtles were treated at the Sea Turtle Assistance and Rehabilitation (STAR) Center, and were recently cleared for release by the aquarium’s veterinary team.

Five of the turtles recovered from being cold-stunned this past winter and the sixth is healthy again after healing from an entanglement.