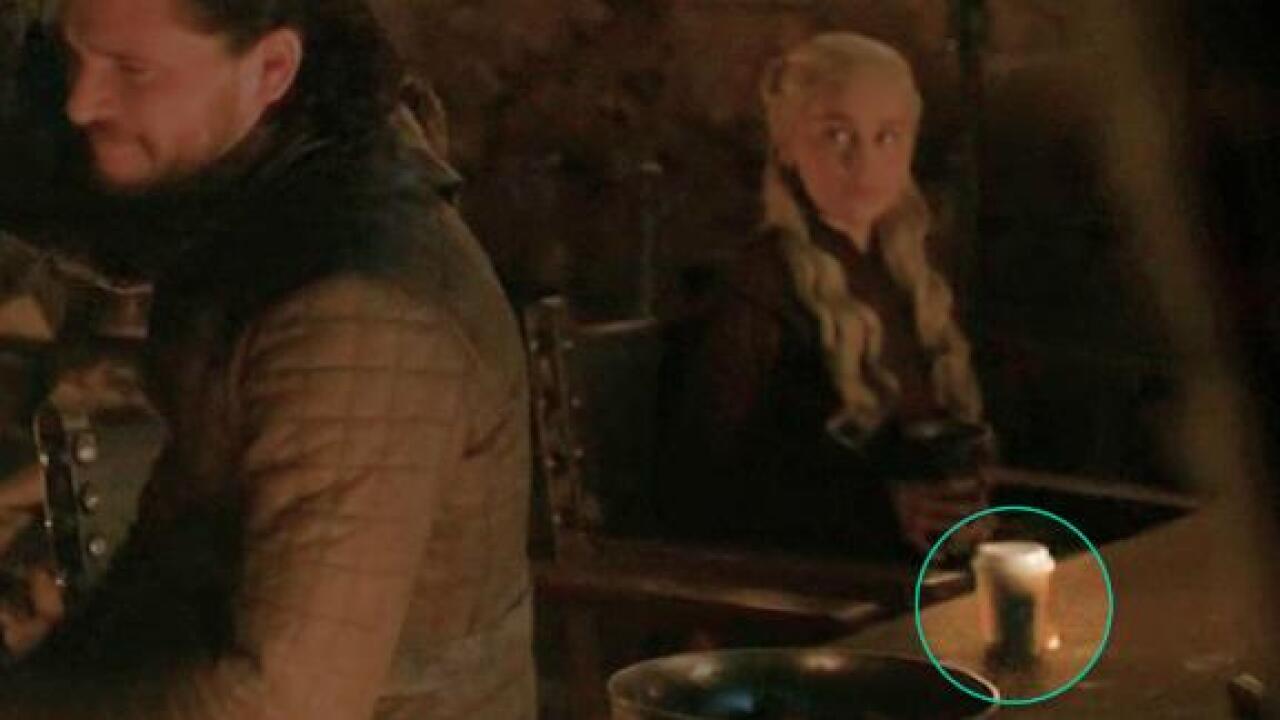 A random coffee cup’s cameo in “Game of Thrones” was short-lived.

The characters in the show drink wine and giant’s milk, but apparently not coffee. The scene is now caffeine-less on HBO Go, which streams the show.

HBO acknowledged the error in a Monday tweet, revealing that fierce dragon queen Daenerys is more of a tea than coffee gal.

“The latte that appeared in the episode was a mistake,” the show’s producers wrote. “#Daenerys had ordered an herbal tea.”

Related: Act 3 podcast: The Battle of Winterfell and Sonic the Hedgehog

Executive producer Bernie Caulfield apologized for the slip-up in a Monday interview with WNYC.

“I can’t believe it. Our prop people and decorators are so, you know, so on it 1,000%,” Caulfield said. She added that, “if that’s the worst thing they’re finding, then we’re in good shape.”

She joked that “Westeros was the first place to actually have Starbucks — that’s a little known fact.”

There are now just two episodes left in the “Game of Thrones” finale, but fans probably won’t let this accidental coffee cup go for a while.