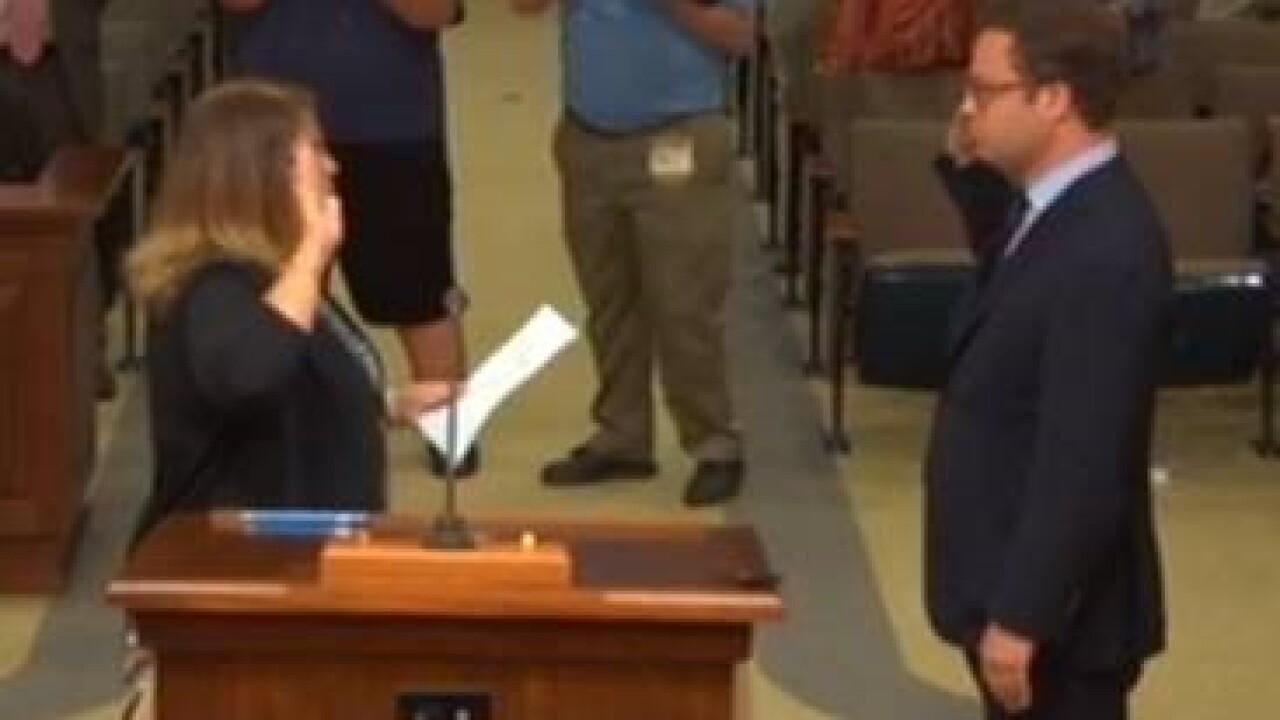 Michael Berlucchi being sworn in

Michael Berlucchi being sworn in

Michael Berlucchi took the oath of office Tuesday and immediately joined his fellow council members for duty. He will serve until the special election in November.

Berlucchi is replacing Shannon Kane, who moved out of the Rose Hall district in April.

Kane was the last of three Virginia Beach elected officials who recently gave up their seats.

On April 23, Guy Tower replaced David Nygaard in the Beach District after a court ordered Nygaard to vacate the seat when it was determined he no longer lived in the district.

In early April, Nygaard announced that he will not seek to regain the seat in November’s special election.

Former Virginia Beach School Board member Joel McDonald had been representing the Rose Hall District since 2013, but moved out of the district due to financial reasons. He was forced to vacate his seat in early March and was not reinstated.

McDonald said he thought that under the law he would have to give up his seat, but he later decided to challenge the law in court. A judge ruled against him.