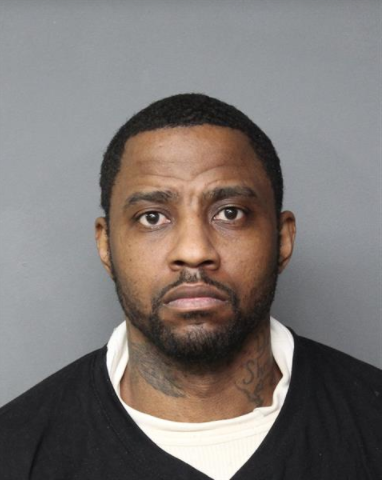 NORFOLK, Va. – The Norfolk man who is said to be the leader of the Nine Trey Gangsters Bloods gang was sentenced Thursday to three consecutive life terms plus an additional 40 years in prison.

Court documents say Simmons was a high-ranking leader of a group of Portsmouth and Norfolk-based members of the Nine Trey Gangsters, a Bloods gang affiliated with the United Blood Nation. Simmons and five other members and gang associates were charged for their roles in a spree of extreme violence in December 2015 that resulted in the deaths of five people and four others who were shot during seven separate shootings that crossed nearly every city in South Hampton Roads.

Nearly all of the victims in the case were unaffiliated with the gang or any other gang, authorities say. The victims included two mothers of young children and one grandmother who was murdered – along with her boyfriend – because gang members believed she was cooperating with the police in an investigation of another shooting carried out by a Nine Trey member just weeks before.

Simmons was found guilty of the two murders that occurred during attempted robberies he told his men to commit. By the end of December, two of the gang’s primary shooters, Anthony “Ace” Foye and Nathaniel “Savage” Mitchell, were in a competition to see who could gain a reputation within the gang for shooting the most people.

To even the score, authorities say Mitchell gunned down a woman who was walking home from her job at the Norfolk International Airport four days before Christmas. The evidence at trial showed that Simmons bragged about the shootings that were carried out by Foye and Mitchell.

In late 2015, Simmons ordered Foye, Mitchell and co-conspirators Alvaugn “LB” Davis and Malek “Leeko” Lassiter to murder high-ranking members of a rival Hampton Roads-based Nine Trey Gangsters “line.” When they were unable to find two of their targets, they drove to the house of a man they planned to shoot.

When the woman who opened the door told them the man was not at home, they shot her six times. Local EMTs and Portsmouth Police officers quickly responded and were able to save her life.

The men fled the scene and fired several rounds at witnesses who were looking out of their windows. Foye and Mitchell were arrested after robbing a gas station later that same night.

After a seven-week trial, Simmons, Mitchell and Lassiter were convicted on all counts. Foye and Davis pleaded guilty before trial, and another of the gang’s associates, Donte Brehon, pleaded guilty in a separate case.

Simmons was the last defendant to be sentenced.

The following people were charged:

“Simmons and his gang committed horrific violence across nearly every community in Hampton Roads,” said G. Zachary Terwilliger, U.S. Attorney for the Eastern District of Virginia. “Their actions shattered five families and took parents away from their children. That they did these acts because the gang needed money and to enhance their reputation speaks volumes about what gangs really are – as opposed to what they claim to be when they recruit young men and women in our neighborhoods. Where gangs go, depravity and senseless violence follows. I would like to especially thank the police departments in every South Hampton Roads city for their assistance in bringing these men to justice.”