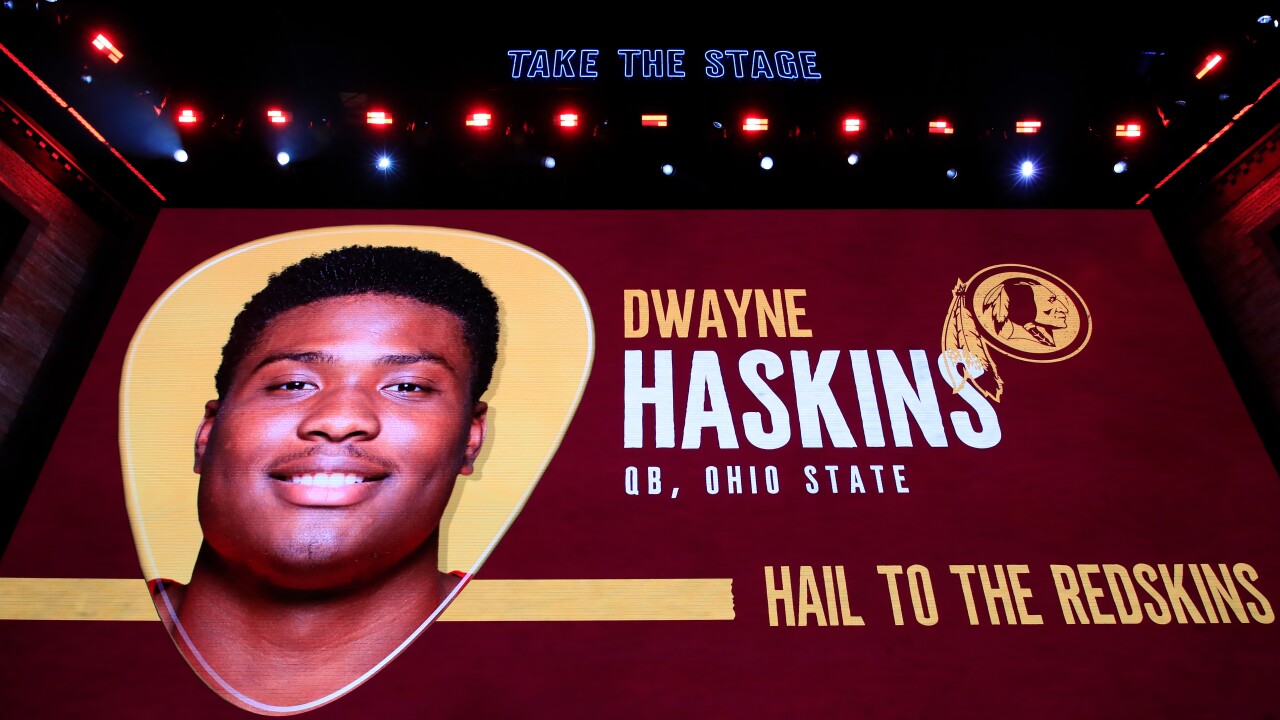 A video board displays an image of Dwayne Haskins. (Photo by Andy Lyons/Getty Images)

LOUDOUN COUNTY, Va. – Friday, the Washington Redskins open a three-day rookie minicamp. Barring any late-night deals, eight of team’s 10 selections from the 2019 NFL Draft will be under contract when camp begins.

Thursday, the team announced it signed the following draft picks:

According to CBSSports.com, Haskins, the team’s first of two first round selections, will receive an $8.5 million signing bonus and an annual salary of roughly $3.6 million during his four-year contract.

The lone unsigned selections are first round pick Montez Sweat, a linebacker, and third round pick Terry McLaurin, a wide receiver.