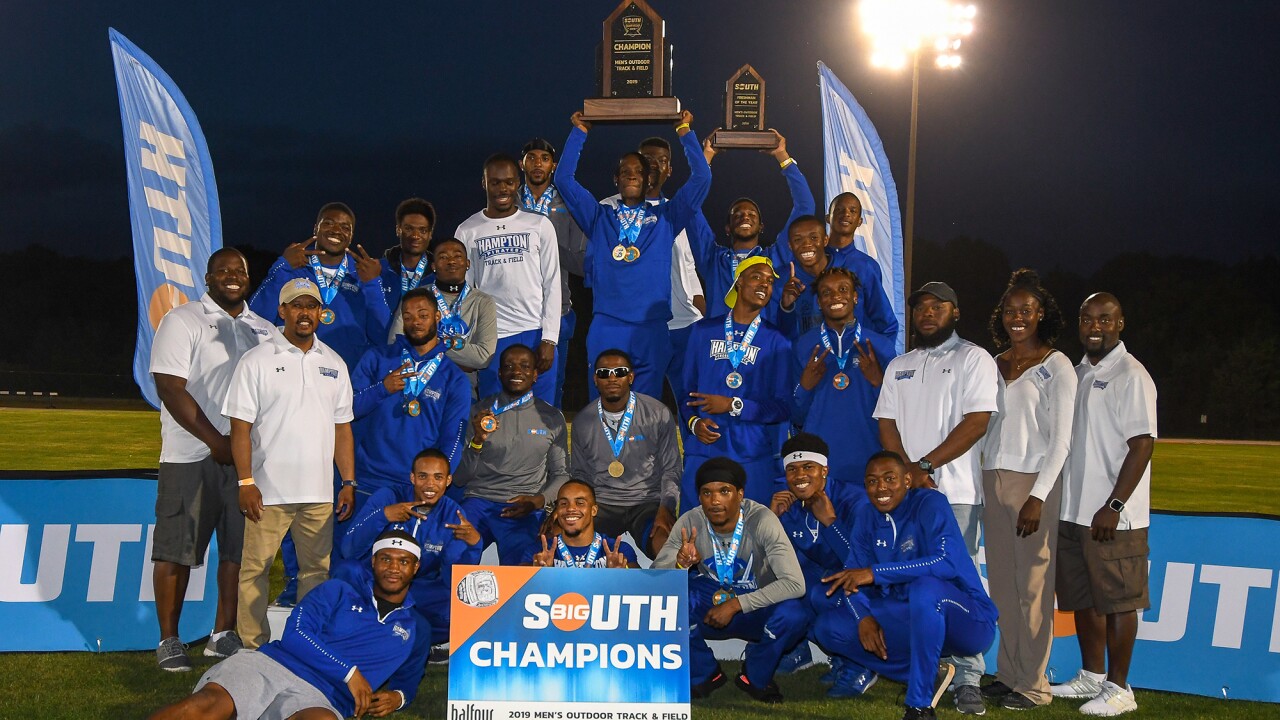 ROCK HILL, S.C. (Hampton Athletics) – The Hampton Track and Field programs entered the outdoor seasons with targets on them after both teams won their first Big South titles in February.  Those targets may have grown now as both teams took their first outdoor crowns on Friday night at Winthrop University.

The Lady Pirates scored 206.5 points to win the crown over High Point (194) and Campbell (105).  They entered the last two races with a commanding 41.5 point lead and cruised to a repeat of its indoor crown.

The men came from 35 points down heading into Friday’s competition to win their first outdoor crown with 188.5 points as Campbell took second (181) and Charleston Southern took third (145).  Heading into the last day of the indoor meet, Hampton was 36 points out of first and rallied for that crown.

Hampton also won the Big South indoor titles this season. This marks the second time in school history that the track teams pulled the “double sweep” as both teams won the 2003 MEAC Indoor Crowns and the 2004 MEAC Outdoor Crowns.