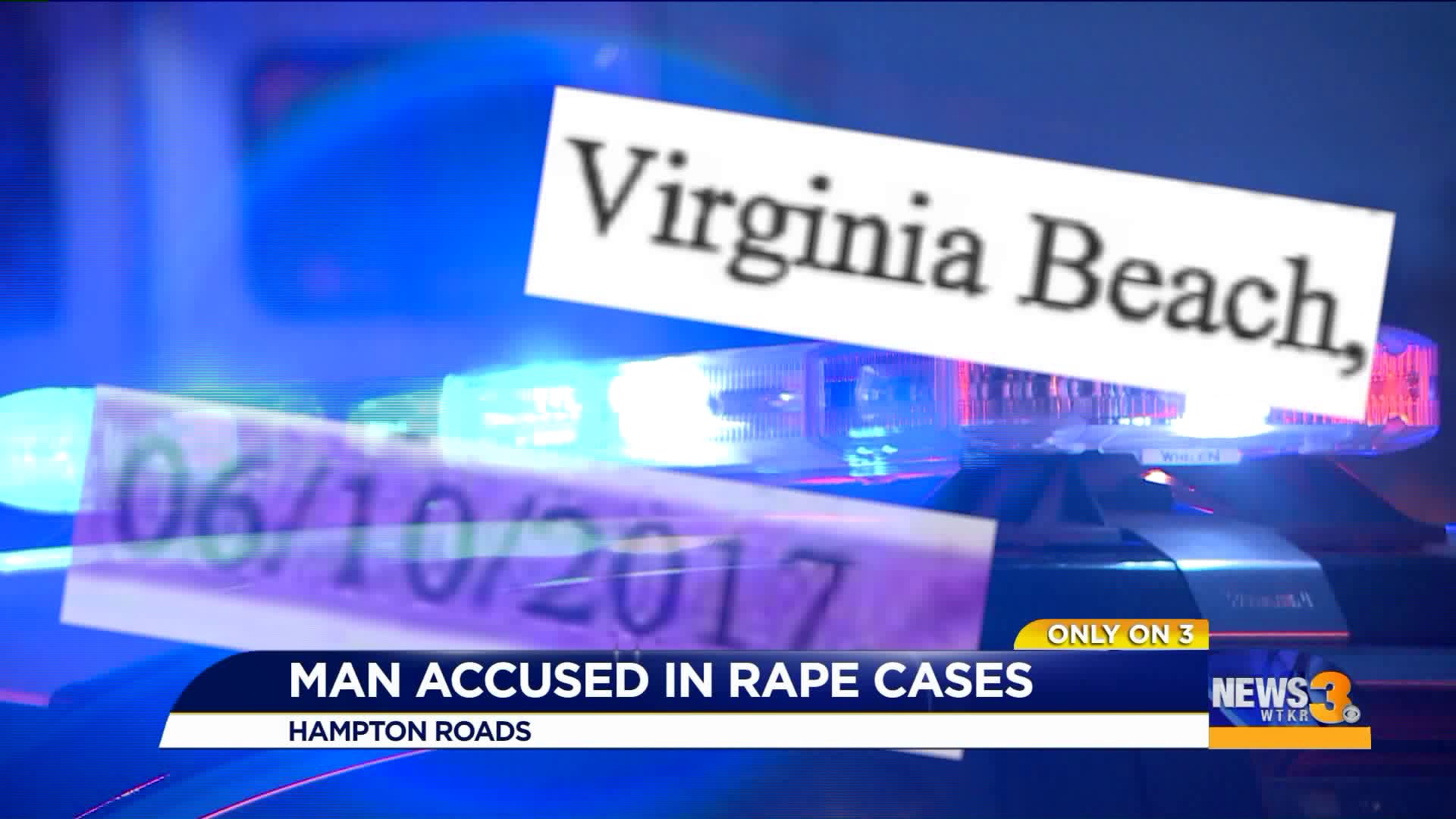 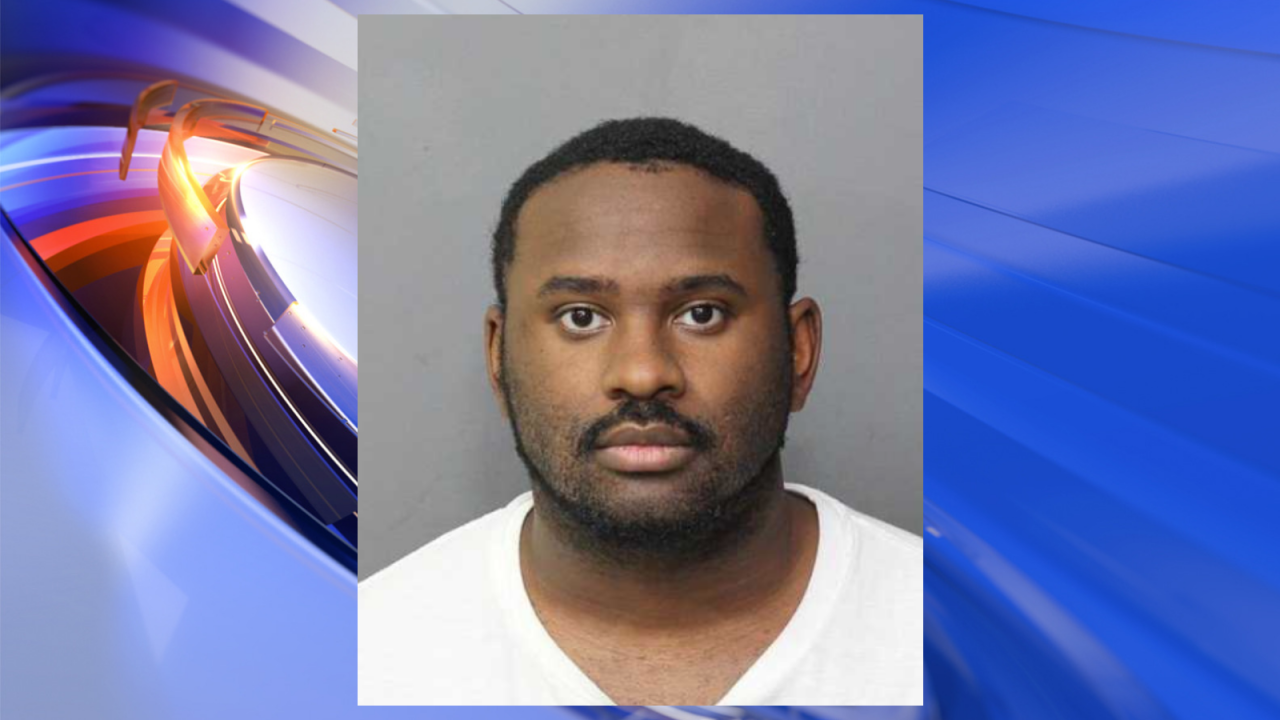 HAMPTON ROADS, Va. - Police are investigating five sexual assault cases that happened over two years' time, and an arrest was recently made in one of the cases.

A victim reported to police she was sexually assaulted in the Ocean View section of Norfolk in April 2017, according to a search warrant.

The victim said she was home alone when an unknown male came into her apartment and raped her. She believed he took her underwear, according to court records.

The documents indicate DNA was sent to the lab in 2017.

A second victim reported a rape to police in Virginia Beach on June 10, 2017.

In June 2018, a third victim in Chesapeake reported a rape to police.

The victim said the suspect was a black male with thick-framed glasses who drove a black sedan, according to documents.

A rape kit was completed in the third case, and it was a match to the cases in Norfolk and Virginia Beach, records indicate.

Another rape was reported in Newport News on December 3, 2018, according to the search warrant.

The victim told authorities she met the man on the app “Meet Me” and said the suspect drove a black four-door sedan.

Williamsburg Police also had a rape case investigation into a man who met another victim on the app “Meet Me” and drove a black sedan.

Authorities searched the home of a 29-year-old Chesapeake man and arrested Powanzieo Griffin only for the Norfolk case.

He has not been charged in any of the other cases.

Griffin has worked as a security guard for the past six years, according to his court records.

News 3 met up with Griffin's attorney Eric Korsland on Friday. Korsland said his client says he is innocent.

"He has no criminal record. He was a security guard, and he’s fully cooperative with the police.  Some of these cases were two years old. He's never left the area. He’s never change his identity. He has answered all questions asked of him, so it’s very shocking to him and the family and at this point in time," said Korsland. "He’s maintaining that he’s not guilty and he did not do this."

Griffin is being held without bond in the Hampton Roads Regional Jail on one count of rape.

He has a preliminary hearing in Norfolk on June 3.