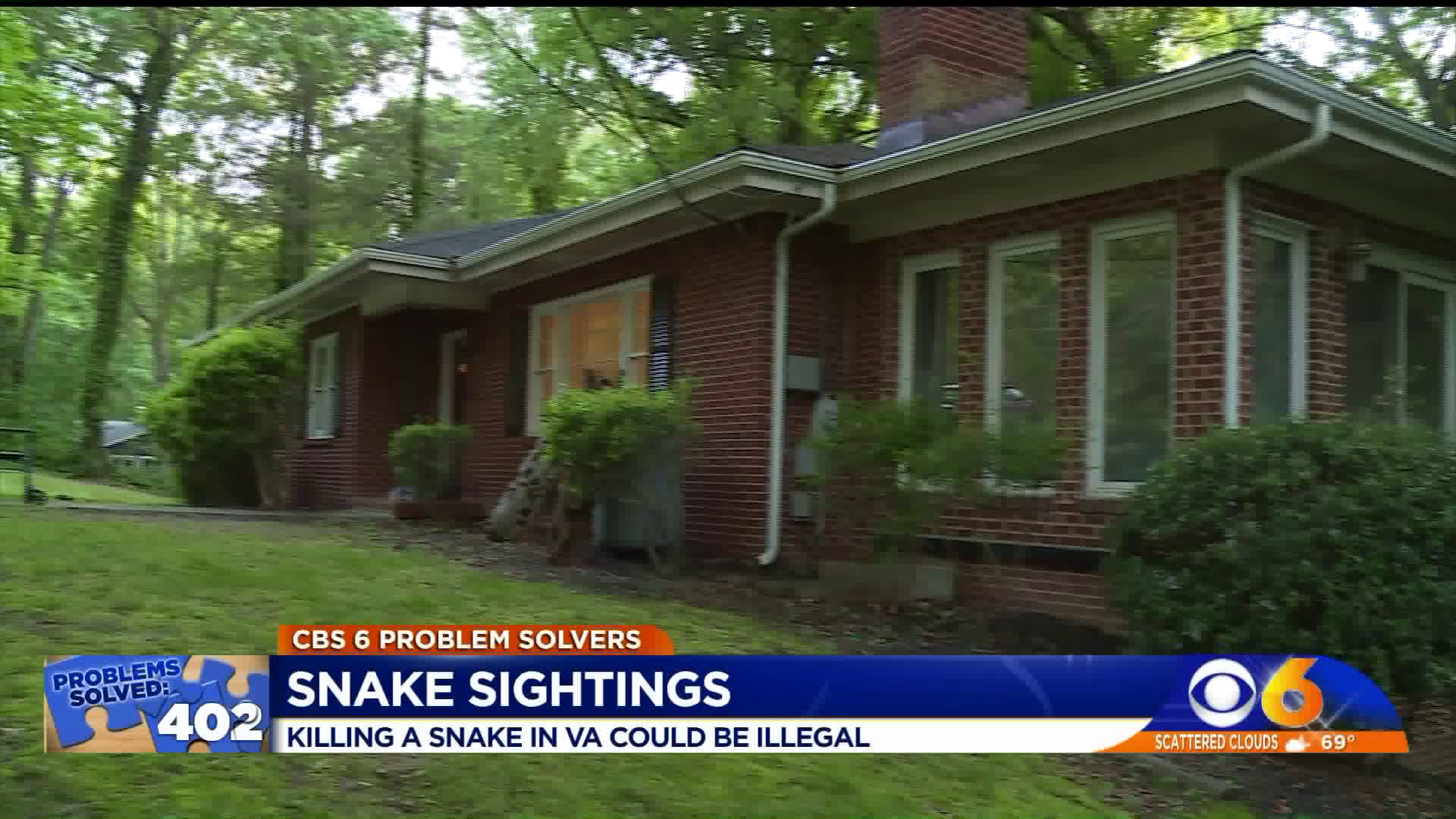 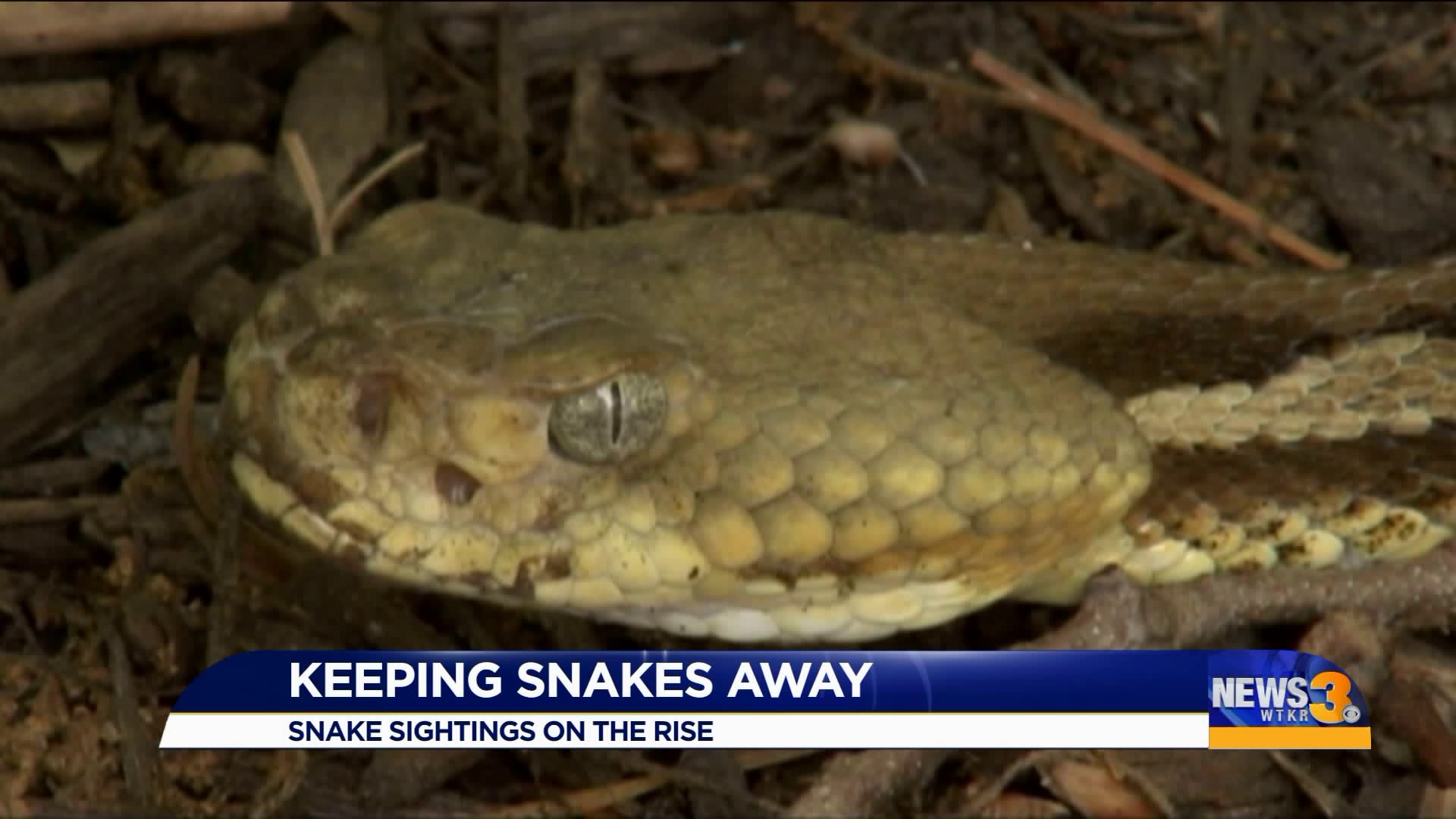 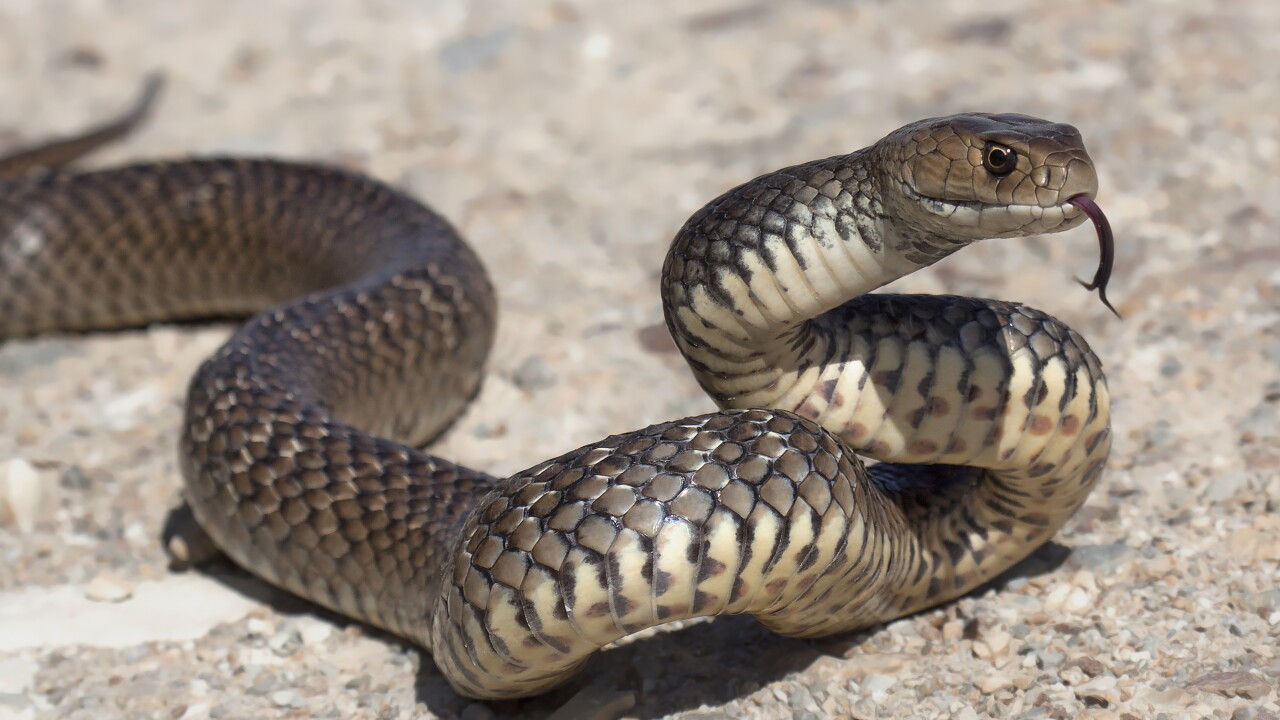 RICHMOND, Va. - Snakes are popping up all across Virginia.

And they're making some Richmond residents, like Sandra Taylor, a little worried.

“I’ve had an encounter in my home, inside the home, in a bathroom. I’ve had many of them crawling close to the porch," said Taylor.

Richard Perry with Virginia Wildlife Management and Control said this year has been the worst year he's ever seen for snakes. Perry said the warm winter weather allowed them to stay out much longer, CBS 6 reported.

He said with more snakes, there are more people trying to kill them, which is illegal to do in Virginia unless the snake poses a threat.

“If you just see them and you just senselessly go out of your way to go deliberately kill them, yes that’s illegal and you’re going to be in trouble," Perry said.

Only three snakes in Virginia are venomous: copperheads, timber rattlesnakes and cottonmouth snakes.

“There’s a lot of different snakes in Virginia, but only three of them are venomous, and the ones that are venomous right here in Central Virginia are primarily copperheads," Perry said.

Perry said if you don't know the difference, he and his team can help.

“If you have any snakes or nests and you need to know what it is, you can send the picture to our snake identification hotline and we will immediately identify it for you," Perry said.

Perry said it's best to make sure your grass is cut low and all debris is cleared from your yard, as snakes like to use those areas to nest. Virginia Beach Animal Control says to eliminate the food sources too.

“(Snakes) are ambush predators so they do like to wait for animals to come by. If you have a rodent problem or you have a roach problem, taking care of that is going to help mitigate a snake issue because they are going to be drawn to areas where they have a steady food source," said Morgan Hayes, a Virginia Beach Animal Control officer.

While Taylor thinks the idea is good, she just wants solutions to get them out of her yard completely.

“40 years and I’ve never had them come in my house before, so this is time for concern," Taylor said.

Virginia Beach Animal Control says they won't respond to calls about snakes unless they're inside of a home and, even then, emergencies will be considered higher priority.

For more information about Snakes in Virginia and ways to get them removed, visit the Virginia Department of Game and Inland Fisheries page.