HAMPTON, Va. - The Hampton Division of Fire & Rescue responded to a house fire in the 500 block of River Street Sunday morning.

According to dispatch, the call came in at 3:40 a.m. Two homes were impacted, and one home was a total loss.

According to Battalion Chief Anthony Chittum, one firefighter suffered a minor injury to their hand.

A civilian was also injured. Their injury was not caused by the fire.

Four people were affected, and the Red Cross is assisting them.

The fire's cause is still under investigation due to major damage.

Units were on scene at the 500 Blk of River St for a residential fire this morning that impacted 2 homes. 4 adults were displaced and assisted by @VARedCross. 1 civilian and 1 FF had minor injuries, both treated and released on scene. 1 home is a total loss. Under investigation. pic.twitter.com/6CkP59uON9 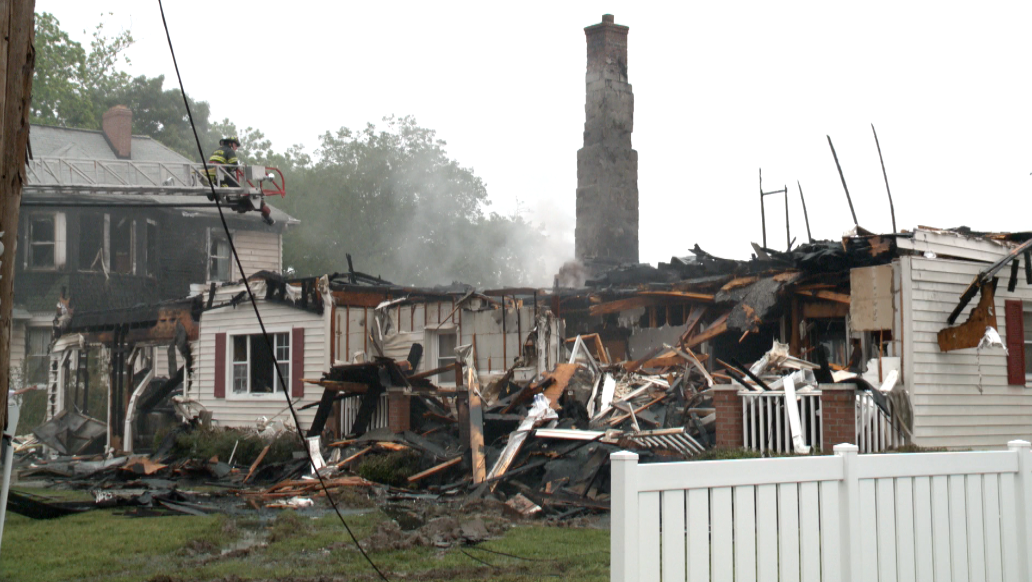