NORFOLK, Va. - Detectives are investigating a shooting that killed a 13- year-old boy.

The call for the incident came in around 3:40 p.m., on May 12 and happened at Lincoln Street and E. Olney Road.

Employees of Water Gate Food Mart say Norfolk PD has confiscated all their surveillance video hoping for clues as to what happened.

"I heard someone got shot, so I came out here to see what was going on. The whole area was blocked off; it's dangerous out here," said Travanti Sutton. He lives near the Young Terrace community, close to where the shooting took place.

When police arrived, they say they found the boy, JayDon Davis, suffering from a gunshot wound. He was taken to Sentara Norfolk General Hospital.

On May 21, Davis died from his injuries.

This is the flyer police are handing out in hopes to get some information. There is a cash reward of up to $1,000. @WTKR3 pic.twitter.com/O9Hyaj1Ooq

"That's hurtful for any mother to have to bury their child," said neighbor Shroxie Reese, who has five children between the ages of 5 and 11. Ever since the shooting, she worries about her kids' safety when they are outside hanging with their friends or riding on their scooters.

Police spent the last couple of hours going door to door in the Young Terrace community, talking to neighbors and looking for answers.

Those in the community also passed out more than 600 flyers and say once people are able to put a name with this face, maybe someone will have a change of heart and leave a tip.

Residents previously told News 3 that there was a group of people hanging outside when a gunman drove past the boy and fired. It is not known if Davis was the intended target.

Stay with News 3 as we bring you the latest updates. 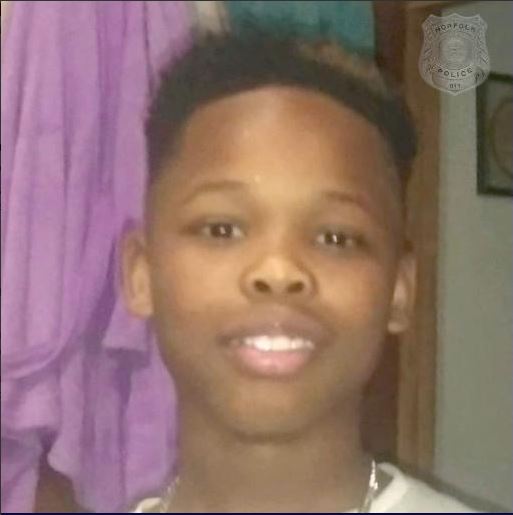