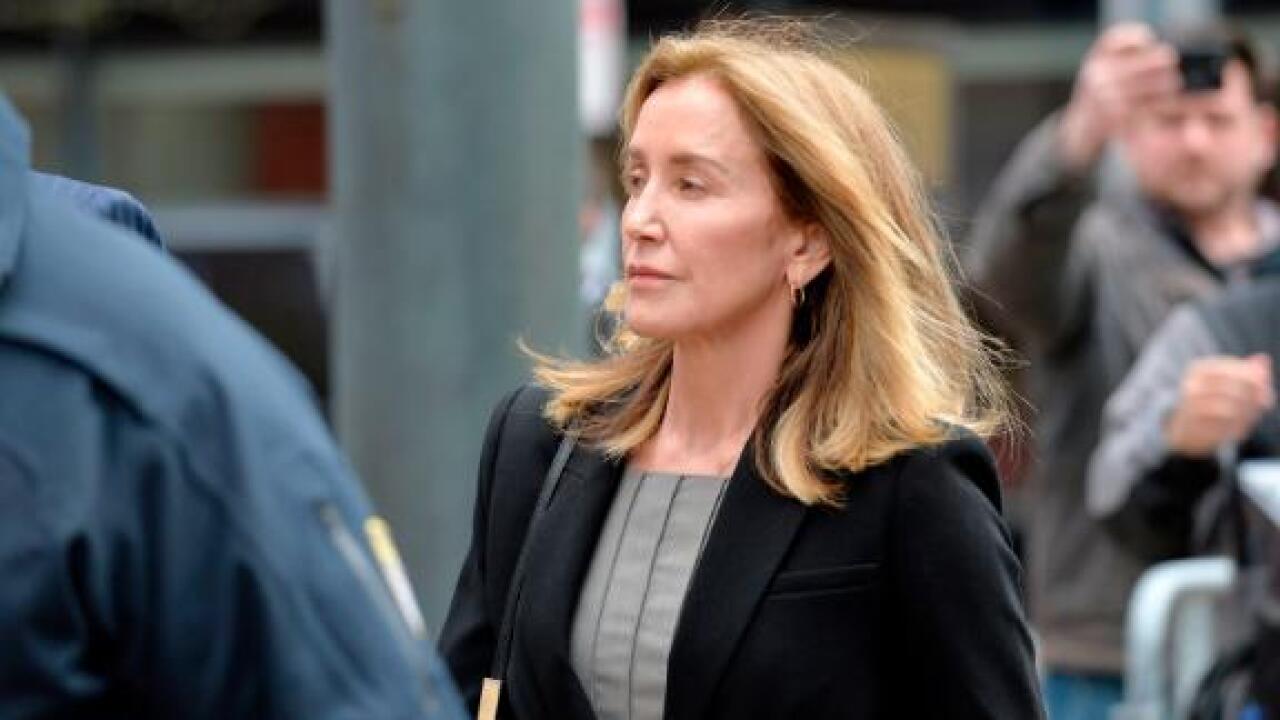 Felicity Huffman pleaded guilty Monday to paying $15,000 to a fake charity that facilitated cheating when her daughter took the SATs.

When she appeared in federal court in Boston, prosecutors recommended a sentence of four months prison time for the “Desperate Housewives” TV star for her role in the college admissions scandal. They also suggested a $20,000 fine and 12 months of supervised release for the charge, which is a felony.

The charity was associated with Rick Singer, who has confessed to helping wealthy parents cheat on standardized tests for their children. Singer also bribed college coaches to falsely designate students as recruited athletes, smoothing their path to admission, a criminal complaint says.

Huffman and Singer exchanged emails on how to provide her daughter with extra time to take the SAT exam, the complaint says, and arranged for the girl to take the test in a location controlled by an administrator whom Singer had bribed.

Huffman’s daughter received an SAT score of 1420 out of a possible 1600 — about 400 points higher than her Preliminary SAT exam a year earlier.

Huffman later discussed the scheme in a recorded phone call with Singer, the complaint says.

Huffman agreed to plead guilty to conspiracy to commit mail fraud and honest services mail fraud in April. She was among 13 parents who have said they would plead guilty in the scam. Seventeen other parents, including actress Lori Loughlin, submitted not guilty pleas. A federal judge will have the final say on the outcome for Huffman and the other defendants.

Huffman arrived at court Monday afternoon accompanied by her brother.

“I am in full acceptance of my guilt, and with deep regret and shame over what I have done, I accept full responsibility for my actions and will accept the consequences that stem from those actions,” the actress said in a statement early April.

Huffman’s husband, actor William H. Macy, is not charged in the case.