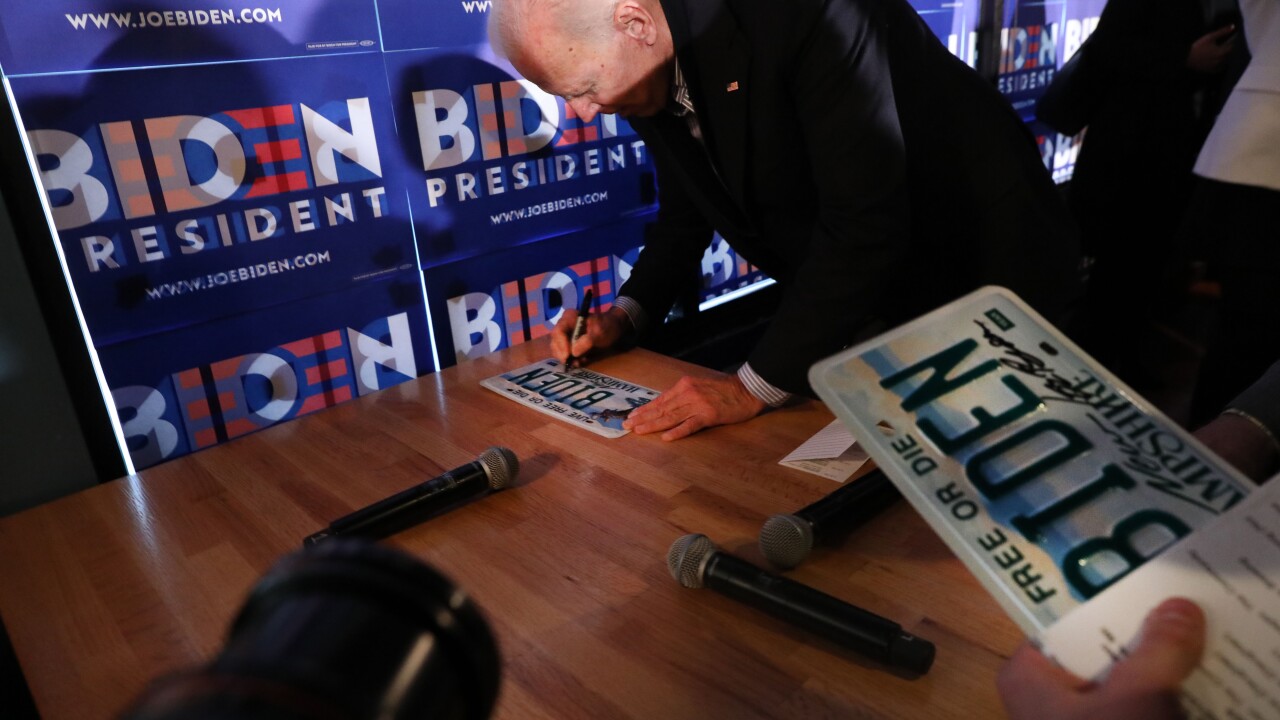 HAMPTON, NEW HAMPSHIRE – MAY 13: Former Vice President and Democratic presidential candidate Joe Biden signs a license plate as he greets voters on May 13, 2019 in Hampton, New Hampshire. The former Vice President is scheduled to make three public stops in New Hampshire, his first visit to the state as a presidential candidate on Monday and Tuesday. In new data released Sunday from the key primary state of South Carolina, 46% of likely party primary voters say they are supporting Biden. The former Vice President has enjoyed an early surge in the polls since announcing his candidacy. (Photo by Spencer Platt/Getty Images)

Former Vice President Joe Biden is campaigning in New Hampshire for the first time since announcing his Presidential run and a new poll shows him far out in front in a key early voting state.

The poll of South Carolina voters by the Charleston Post and Courier newspaper shows Biden with the support of 46% of likely primary voters. That’s three times more supporters than his nearest rival, Senator Bernie Sanders, who is at 15% in the poll released Sunday.

Nearly 90% of voters surveyed said Biden has the best chance to defeat President Trump, a key issue for Democrats. The President has taken note of Biden’s strong showing in recent polls, criticizing him on Twitter. The poll shows Biden’s support is especially strong among black voters, who make up nearly two-thirds of democratic primary voters in South Carolina.

Biden is well known in South Carolina. He delivered eulogies for both Senators Fritz Hollings and Strom Thurmond and recently campaigned there.

In New Hampshire polls show Biden with a large lead among Granite State Democrats. He became the 21st Democratic Presidential candidate to campaign in New Hampshire. In 2017 he declared at a Democratic Party fundraiser “I’m not running.” Two years later he is not only running but leading the race.