CHESAPEAKE, Va. - A local boy from Chesapeake is spreading patriotism across his community.

Charlie Hecht's father is in the Navy, so he grew up with a special appreciation for the men and women who serve our country. The Hechts proudly fly an American and Navy flag outside of their home to celebrate the freedoms we all enjoy.

Recently riding his bike around the neighborhood, Charlie said he noticed that many neighbors didn't have a flag out front of their home. He wanted to take action to change that.

"Buying an American flag really just shows that you enjoy the freedoms that we enjoy today," Charlie said.

Charlie and his father, Cdr. Dave Hecht, worked with the Lowe's on Battlefield Blvd. to offer a special discount on American flags. Charlie said if the flags are cheaper, his neighbors may be more inclined to buy them.

On Monday night, the two passed out letters explaining the "Patriotism Project." As long as you bring Charlie's letter, the store will give you a discount on the American flag. The item normally sells for $9.97, but you can get it for $8. 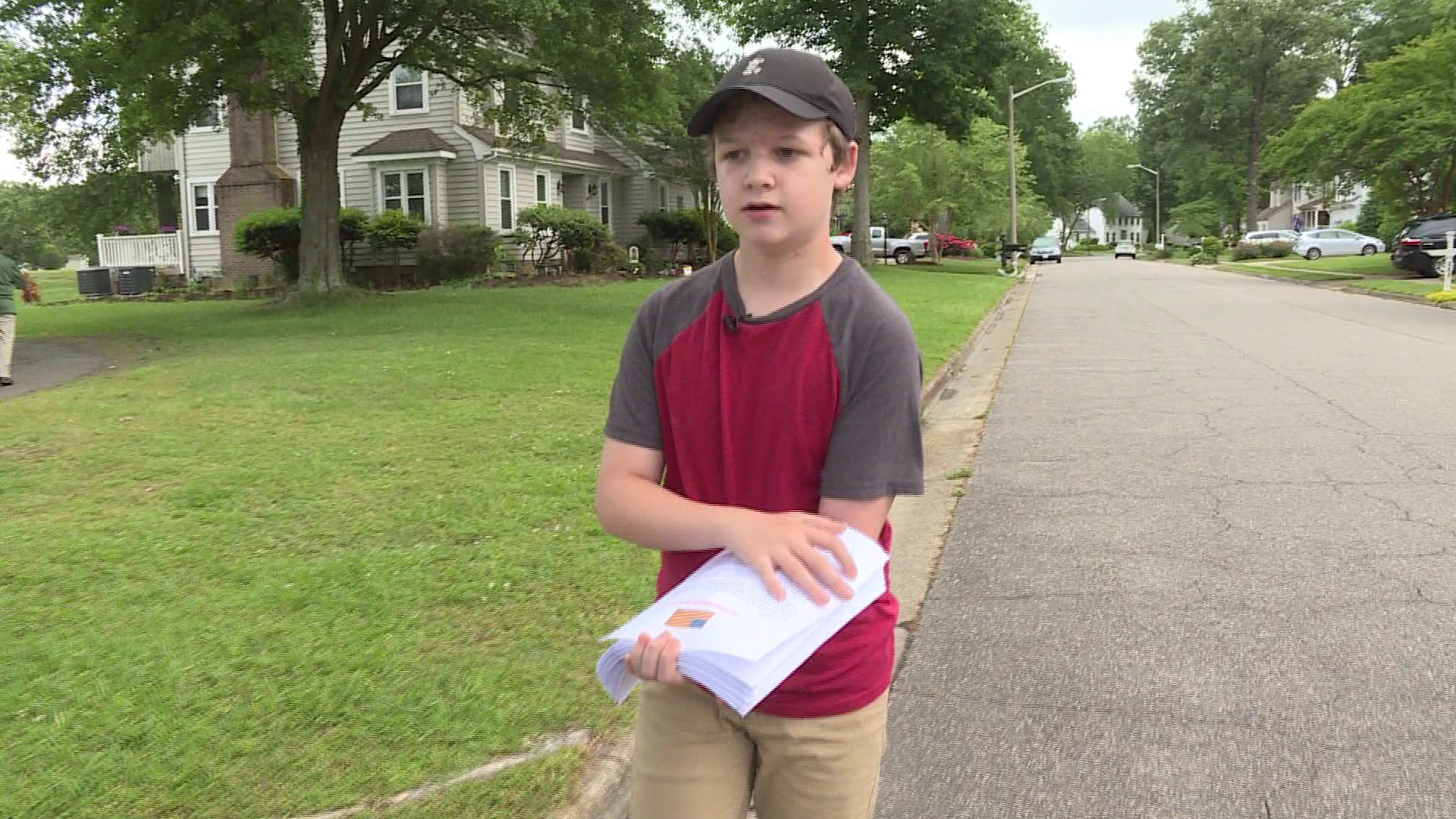