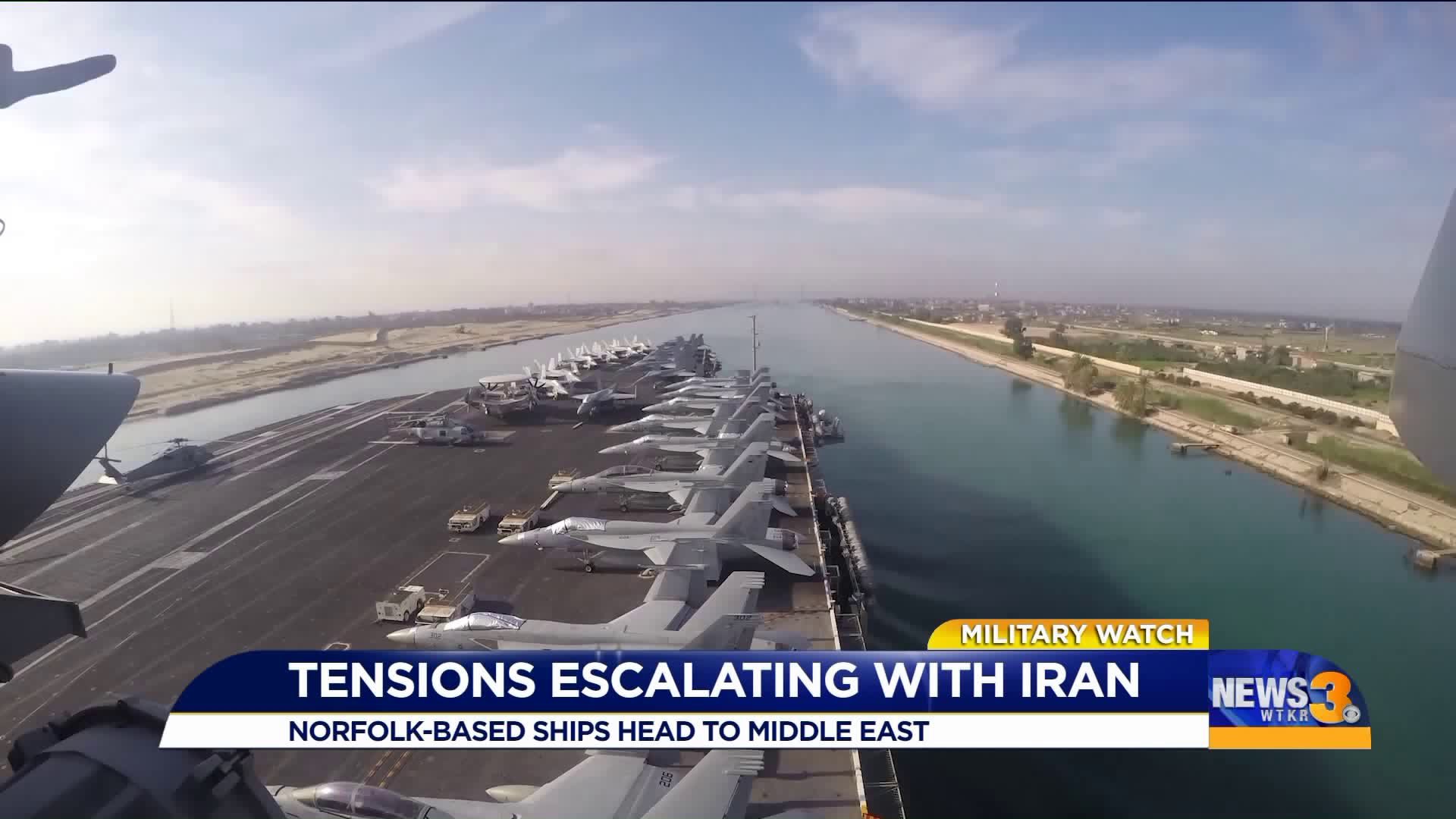 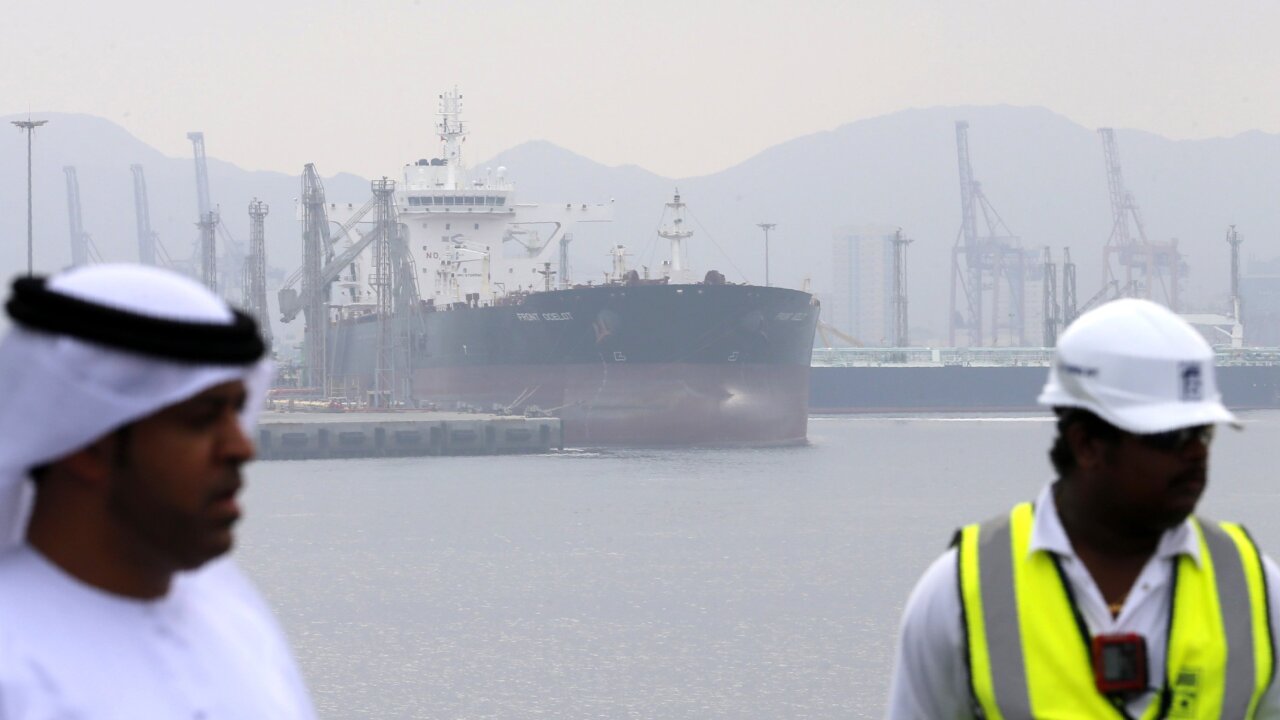 Saudi Arabia said Monday that two of its oil tankers had been sabotaged off the coast of the United Arab Emirates, in attacks it described as posing a threat to the security of global oil supplies.

Four tankers were targeted overall, according to the UAE, in what the country said was a "sabotage attack" that took place near the strategic port of Fujairah on Sunday.

Tensions have risen in the oil-rich region in recent weeks amid the deployment of a growing number of United States military assets to the Middle East due to deteriorating relations with Iran.

Monday's developments came as US Secretary of State Mike Pompeo canceled a planned visit to Moscow on Monday and flew to Brussels for talks on Iran with his counterparts from the UK, Germany and France.

Last week, the US Maritime Administration issued an advisory warning that "Iran or its proxies" could be targeting commercial vessels and oil production infrastructure in the region.

One of the two Saudi vessels was on its way to be loaded with Saudi crude oil from the port of Ras Tanura, to be delivered to customers in the US, Saudi Arabia's state-run Saudi Press Agency (SPA) reported Monday.

While the agency didn't mention casualties or oil spills, it did say there had been "significant damage to the structures of the two vessels."

Images that CNN captured of the Norwegian tanker, Andrea Victory, show damage sustained to the hull of the vessel.

The apparent sabotage took place near to UAE territorial waters in the Gulf of Oman, east of the emirate of Fujairah, the country's Ministry of Foreign Affairs and International Cooperation said.

The UAE ministry did not elaborate on the nature of the alleged sabotage, or offer any indication as to who might be responsible, including whether it was carried out by individuals or a larger group or country.

The ministry added that authorities were working with local and international bodies to investigate the incident, which it described as a "dangerous development." It said there were no injuries or deaths.

In a tweet, Emirati Minister of State for Foreign Affairs Anwar Gargash said investigations in the incident were ongoing but that the government had its "own readings and conclusions."

"The international community (needs to) assume its responsibilities to prevent any parties trying to undermine the security and safety of maritime traffic," the ministry said.

Iran's Foreign Ministry spokesperson Seyyed Abbas Mousavi said on Monday that the incidents were "alarming and regrettable," and requested further information on the alleged sabotage.

The Iran spokesman warned against "plots by ill-wishers to disrupt regional security" and called for "vigilance of regional states in the face of any adventurism by foreign elements."

Iran borders the Persian Gulf and the Strait of Hormuz.

The comments follow an earlier statement from Saudi Arabian Energy Minister Khalid al-Falih in which he described the attack as an attempt to "undermine the freedom of maritime navigation, and the security of oil supplies to consumers all over the world."

Oil prices rose by nearly 2% at one point on Monday in the wake of the Saudi claims of sabotage.

A senior source at Saudi Arabia's ministry of energy told CNN that the attacks were particularly alarming because the tankers were targeted outside the Strait of Hormuz.

The accusations of sabotage come less than 24 hours after the UAE government denied reports alleging that seven oil tankers were involved in an explosion in the port of Fujairah on Sunday morning.

The reports were carried first by Lebanon's pro-Hezbollah Al-Mayadeen satellite channel and later picked up by Iran's state-owned Press TV and other outlets.

"The operations at the port are going as normal," a statement from the Emirates News Agency said Sunday. "Media outlets must be responsible and rely on official sources."

Fujairah is located close to the Strait of Hormuz, a strategically important waterway that connects the Persian Gulf to the Arabian Sea.

The US Energy Information Administration calls the Strait of Hormuz "the world's most important oil transit chokepoint," with an estimated 20% of oil traded worldwide moving through the channel, which is about 30 miles wide at its narrowest point.

In a statement Sunday, the Gulf Cooperation Council condemned the "sabotage operations," with council General Secretary Abdul Latif bin Rashid al-Zayani calling the incident a "dangerous escalation (that) speaks of the evil intentions" of whoever carried out the attack.

"The general secretary calls on the international community and the international maritime organizations to practice its politics and lawfulness to stop any sides that try to harm the safety or the maritime flow in this strategic part to the world," read the statement.

"These irresponsible acts only adds to the tension and conflict in the region and jeopardize the interests of their peoples."