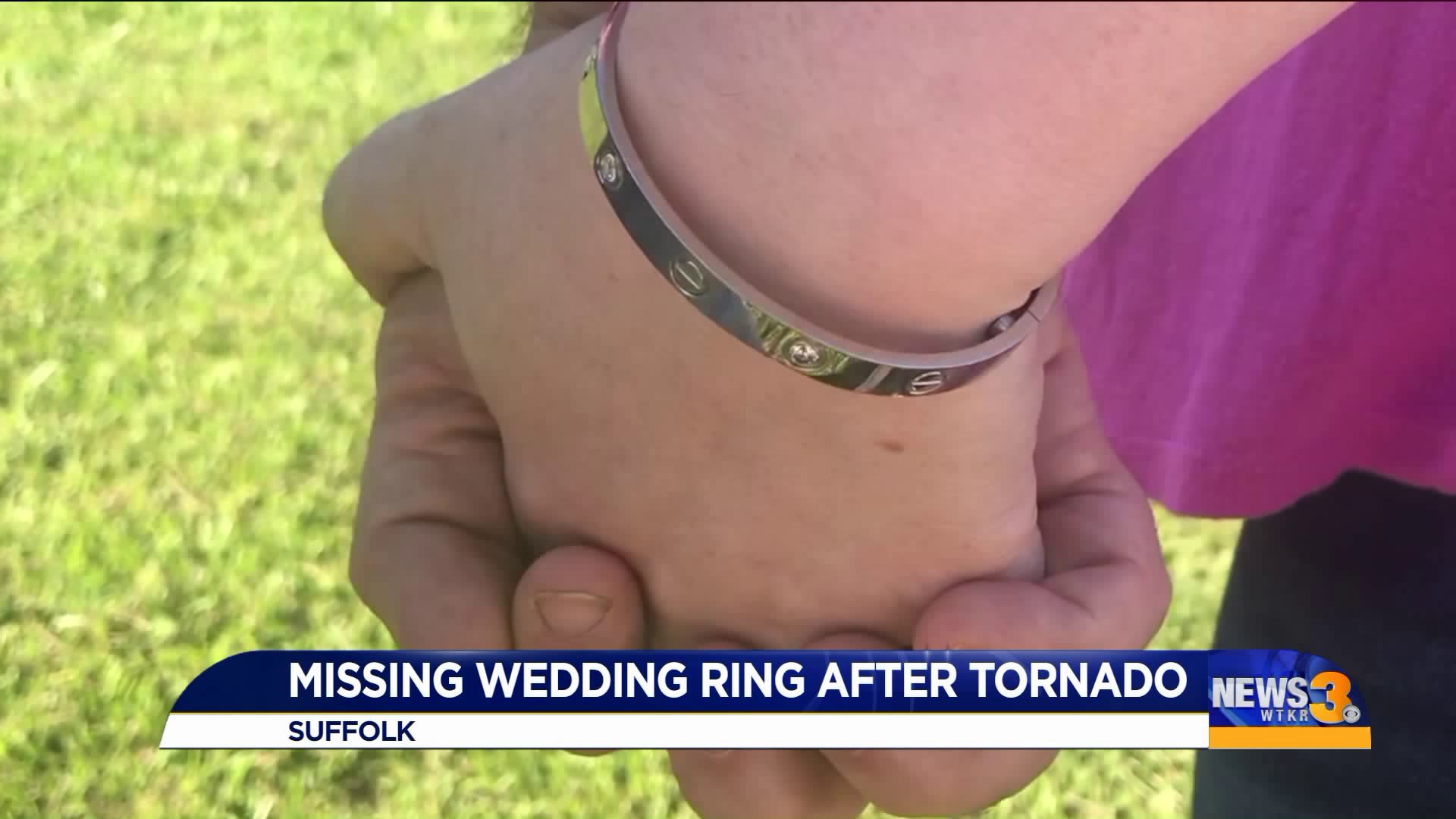 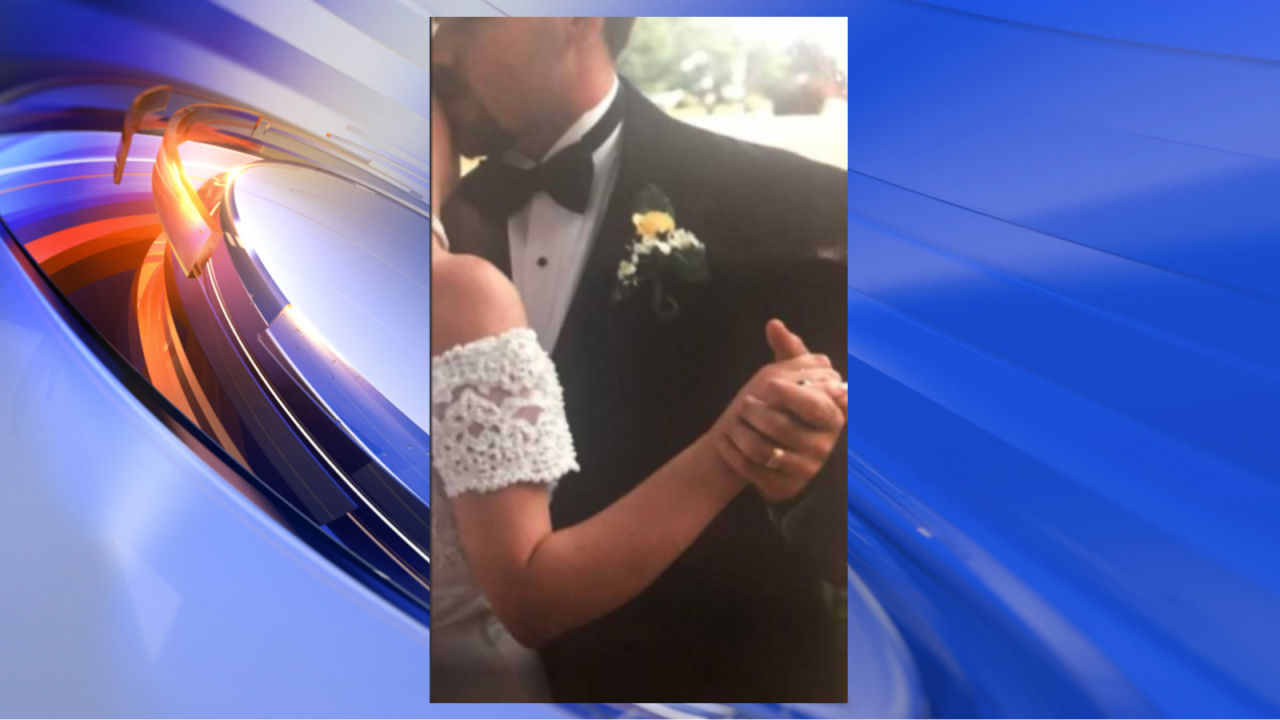 SUFFOLK, Va. - The massive cleanup continues in Suffolk after a terrifying tornado touched down, causing major damage on Saturday evening.

But now, something irreplaceable is missing that belongs to a police officer who was working hard that night to keep people safe.

Officer Cliff Sessoms has been with the Suffolk Police Department for the past 10 years.

The storm hit over the weekend during his regular shift. He said the rain and winds were intense.

His wife, Robin Sessoms, was back at home with their kids. Anyone married to a first responder knows how tough it is when you are worried about your loved one at work.

Officer Sessoms said he was called to the 900 block of Portsmouth Boulevard to deal with trees that were blocking the road. He helped moved the trees before heading over to Myrtle Street, Laurel Drive, MacArthur Drive and Wilroy Road.

As the rain and wind were pounding down, he said he had to go to various homes on foot to check on people to make sure they were okay.

“The family members couldn’t get to them, so we had to get to them and that was my job assignment that night,” said Officer Sessoms.

He was also making sure property was protected for citizens who were forced to evacuate due to damage to their home.

For hours, he and the rest of the officers and firefighters worked in the rain to protect the community from harm.

But suddenly, he said he realized his wedding ring was gone.

“My hand felt weird, and I looked down and that’s when I realized it wasn’t on,” said Officer Sessoms.

But at that point it in the night the weather was too intense, and he didn’t have time to look for the missing ring.

“I wasn’t able to do anything except focus on what my job was at that point. My job is to take care of the neighborhood and make sure everybody gets out safe,” said Officer Sessoms.

Once things calmed down hours later, he said he was able to search for the ring but did not have any luck.

He said he has been wearing the ring for 19 years.

“It’s been there through hard times, good times,” said Officer Sessoms. “It was on my hand when I first held each of my kids, and you can’t buy that.”

A few hours later, he called his wife and told her the bad news.

“I was super sad, then I was angry,” said Robin.

But now, the couple hopes someone will find the ring and turn it into Suffolk Police Department.

“It’s not just a ring because it symbolizes something between us. It symbolizes who we are to each other,” said Officer Sessoms.

You can also drop it off at the Suffolk Police Headquarters at 111 Henley Place, Suffolk, Va. 23434.