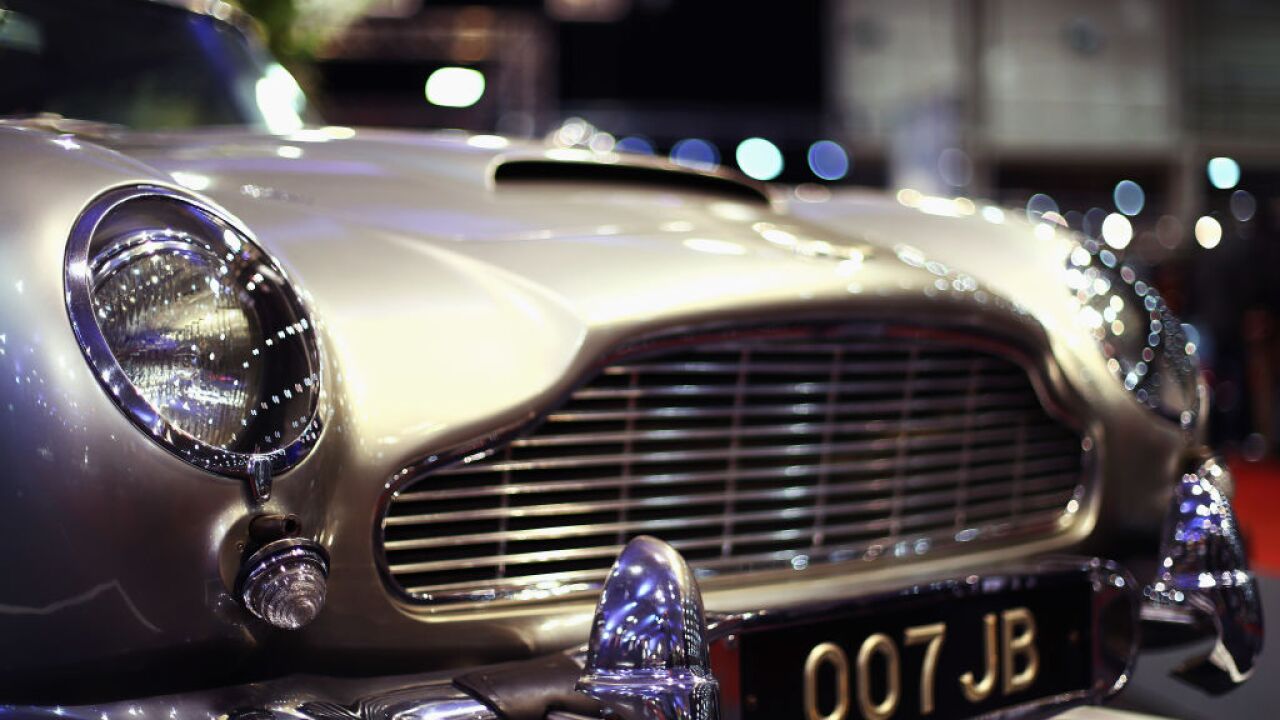 If Goldfinger’s henchman Oddjob is coming after you, Aston Martin has just the car you need. It will cost a lot, though.

Aston Martin has finally announced what some of those gadgets will be. The cars will have, among other things, rotating license plates that can show three different tags and replica machine guns that poke out from behind the turn signals.

Other clever features will include a “smoke screen” device to hide the car from pursuers and a replica oil squirter to release an imaginary oil slick behind the car. In case all of that isn’t enough, the car will have extendible front and rear battering rams. There are currently no plans to include an ejector seat, something the car had in the movie but “there may be a surprise or two when you operate the ejector seat button,” Aston Martin representatives said in an email.

The cars are being built in the Aston Martin Works facility in the town of Newport Pagnell in Buckinghamshire, England, the same factory where DB5s were originally made. It is now mostly dedicated to restoring classic Aston Martins. The main manufacturing facility is now in Warwickshire, England.

These will be “continuation cars,” meaning that, although newly built, they will be exactly like the 1964 DB5s in nearly all respects except for the fancy gadgets. They will all be made in the same color, Silver Birch. That is, of course, the color of the movie car. The price may seem high but it’s a relative bargain compared to one of the actual cars used in the film. Someone paid $4.6 million in 2010 for one of those. The only other complete car used in the James Bond films was stolen in 1997 and its whereabouts are now unknown, according to Hagerty Insurance, a company that insures collectible cars.

Creating these cars posed an even greater challenge than making the cars for the movies since different cars or parts of cars were used to film different shots. Those shots were then cut together to create the impression of a single car. In these new replicas, all the devices must be made to work on a single automobile that can actually be driven. But these new gadget-laden cars will not be legal to drive on public roads, Aston Martin said.