Woman played dead to save herself from attacker on Appalachian Trail 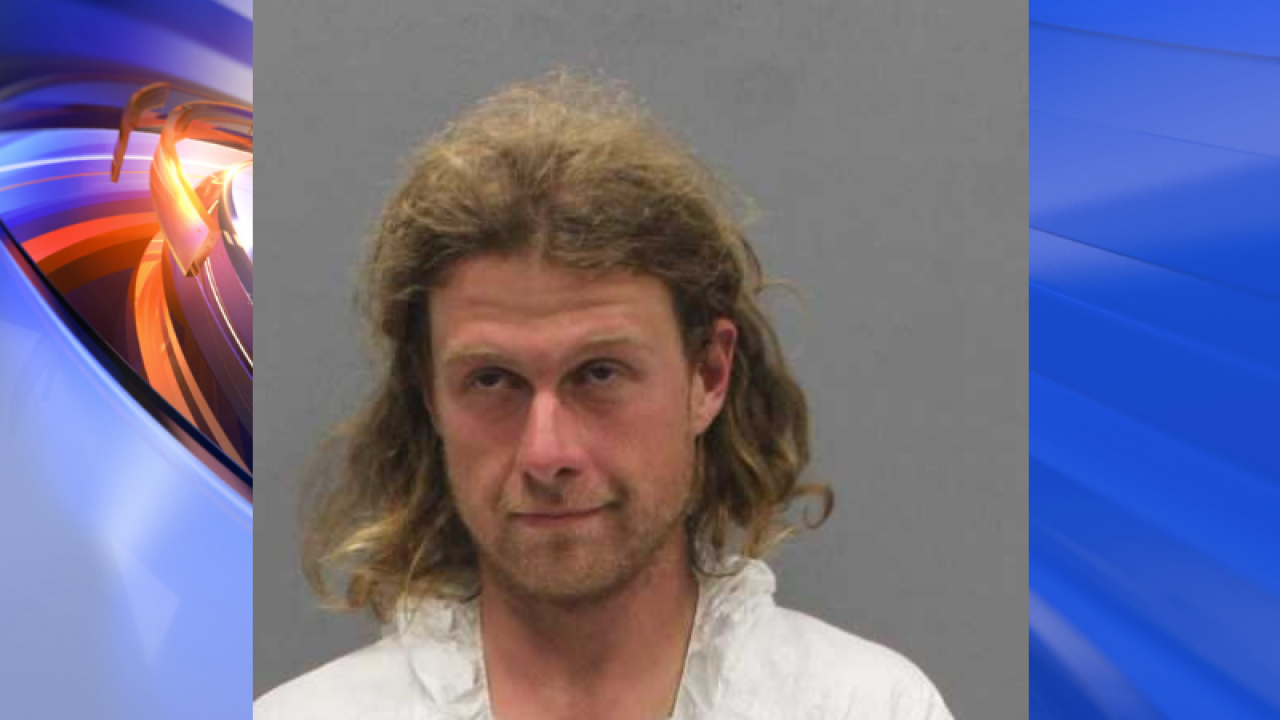 A woman played dead so she could fend off a knife-wielding man accused of killing a hiker and threatening others in two separate incidents along the Appalachian Trail, according to law enforcement.

A man who allegedly attacked two hikers on a remote stretch of the Appalachian Trail in Virginia, killing a man, will make his first appearance in court on Monday, according to the US Attorney’s Office for the Western District of Virginia.

The woman trekked six miles through a stretch of the trail in southwestern Virginia to report the attack early Saturday, according to court documents.

James Jordan, 30, was arrested and charged in US District Court in Abingdon with one count of murder and one count of assault with the intent to murder.

Federal public defender Nancy Dickenson declined to comment on Monday. Jordan did not enter a plea at his first court appearance, according to the US Attorney’s Office for the Western District of Virginia.

After Jordan’s arrest, authorities revealed that he was accused of threatening another group of hikers on the trail in Tennessee in April.

The sheriff of Unicoi County, Tennessee, told CNN that Jordan was arrested and charged with criminal impersonation, possession of drugs and possession of drug paraphernalia. But he was not charged with assault because the hikers involved would not press charges and refused to appear in court, Sheriff Mike Hensley said.

“I just want the families of the victims to know that I did everything in my power to get him off of the trail,” Hensley said.

The hikers in this past weekend’s Virginia incident are not named in an affidavit attached to a criminal complaint that describes the terrifying chain of events.

The ordeal allegedly began Friday night, when Jordan allegedly approached four hikers on a section of the trail in George Washington and Jefferson National Forest in Smyth County, Virginia.

“He was acting disturbed and unstable, and was playing the guitar and singing,” the affidavit said.

Later in the evening, after the four set up camp in Wythe County, Jordan allegedly approached them again.

Terrified, the four hikers scrambled to pack and leave camp. Jordan pulled out a knife and chased after two of the hikers — a man and a woman — as they fled, authorities said.

Jordan returned to the campsite, according to the affidavit, and starting arguing with one of the two remaining hikers, referred to as Victim #1.

The other person — referred to as Victim #2 in the affidavit — watched as Jordan stabbed Victim #1 in the upper part of the body and Victim #1 fell to the ground.

Victim #2 ran off and Jordan followed, catching up with her as she tired. She turned to face Jordan and raised her arms in surrender when Jordan began stabbing her.

She fell to the ground and played dead, “at which point Jordan left to find his dog,” the affidavit said.

Two hikers met the woman on the trail and helped her trek six miles to Smyth County, where she called 911.

A sheriff’s office investigator interviewed her and she identified Jordan as the attacker. Authorities did not release details on her condition, but said she probably will survive.

Victim #1 was pronounced dead at campsite, the affidavit said. A knife was near the body.

They located Jordan and took him into custody. He had blood stains on his clothes, the affidavit said.

They said they were chased by a man with a “machete,” the affidavit said.

When interviewed by investigators, the two hikers identified Jordan as the man who chased them.

Earlier reports called the weapon a machete based on their statements, but the affidavit says it was a knife.

CNN affiliate WSET reported that Jordan was arrested in April in Unicoi County, Tennessee, after allegedly threatening other hikers with a knife.

He was charged with criminal impersonation, possession of drugs and possession of drug paraphernalia, the Unicoi County Sheriff’s Department said. He was given probation and ordered to pay fines following his hearing.

Jordan is also known by his trail name of “Sovereign,” WSET reported.

Megan Newsome, the fiancee of Jordan’s brother, Dustin Wildes, said they were unaware of the incident in April.

The couple had not been in touch with Jordan since his mother died in March, Newsome said. At the time, Jordan was living in Fort Lauderdale.

The Appalachian Trail is part of the National Park Service.

The longest hiking-only footpath in the world,” it extends 2,190 miles over 14 states between Springer Mountain, Georgia, and Katahdin, Maine, according to the Appalachian Trail Conservancy.

It attracts more than 3 million people each year, the conservancy said. More than 3,000 people try to hike the path in a single year,

“The whole Appalachian Trail community of hikers and volunteers is profoundly sickened by the horrific and deadly attack Saturday morning,” said Suzanne Dixon, president of conservancy.