Alabama Gov. Kay Ivey on Wednesday signed into law a controversial abortion bill that could punish doctors who perform abortions with life in prison.

“Today, I signed into law the Alabama Human Life Protection Act, a bill that was approved by overwhelming majorities in both chambers of the Legislature,” said Ivey, a Republican, in a statement. “To the bill’s many supporters, this legislation stands as a powerful testament to Alabamians’ deeply held belief that every life is precious and that every life is a sacred gift from God.”

The Alabama Senate passed the bill 25-6 late Tuesday night. The law only allows exceptions “to avoid a serious health risk to the unborn child’s mother,” for ectopic pregnancy and if the “unborn child has a lethal anomaly.” Democrats re-introduced an amendment to exempt rape and incest victims, but the motion failed on an 11-21 vote.

Ivey noted in her statement that the new law may be unenforceable due to the Supreme Court’s Roe v. Wade decision that legalized abortion in all 50 states. But, the new law was passed with the aim of challenging that decision, Ivey said.

“No matter one’s personal view on abortion, we can all recognize that, at least for the short term, this bill may similarly be unenforceable,” Ivey wrote. “As citizens of this great country, we must always respect the authority of the U.S. Supreme Court even when we disagree with their decisions. Many Americans, myself included, disagreed when Roe v. Wade was handed down in 1973. The sponsors of this bill believe that it is time, once again, for the U.S. Supreme Court to revisit this important matter, and they believe this act may bring about the best opportunity for this to occur.”

Alabama lawmakers now lead the pack of legislators across several states who are producing measures to restrict abortion, such as Georgia’s recent fetal heartbeat bill. Many women don’t yet know for certain that they’re pregnant at six weeks into a pregnancy — the earliest a fetal heartbeat can be detected.

Republican state Sen. Clyde Chambliss, who ushered the bill through the chamber, repeatedly referred on the Senate floor Tuesday to a “window” of time between conception and when a woman knows for certain that she’s pregnant. The state senator said he believed that time was between about seven and 10 days. 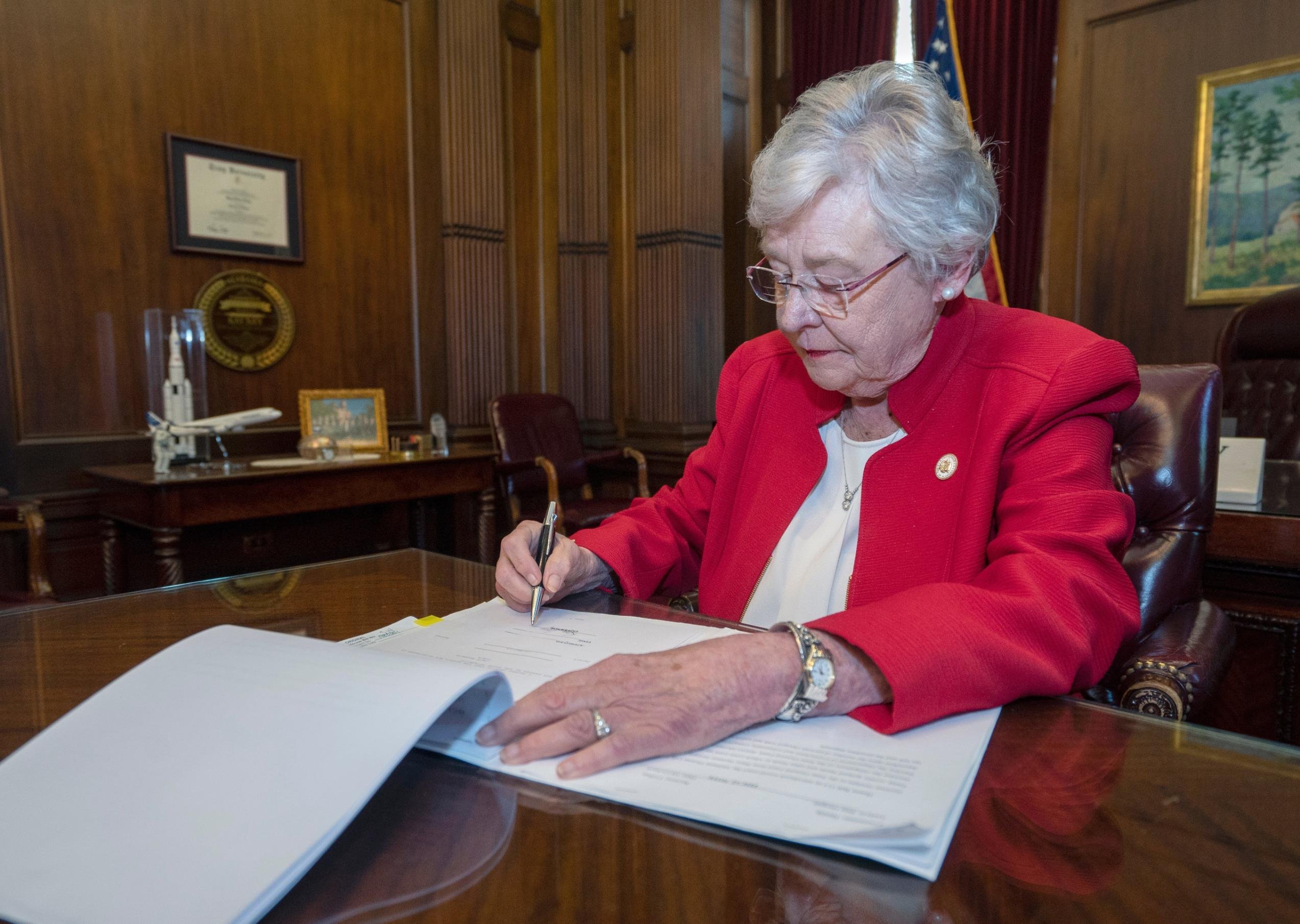 Yashica Robinson, an obstetrician at the Alabama Women’s Center for Reproductive Alternatives who provides abortion services, said the law would have a “devastating impact” on patients. She said that she was unclear under what circumstances the law would allow an abortion based on “reasonable medical judgment” and health of the mother.

“I’m not clear about exactly what that means,” Robinson said on CNN’s “Anderson Cooper 360.” “I’ve already met instances where it is difficult for us to determine those things in the health care setting now, and it has resulted in delays in care.”

The bill’s passage Tuesday night elicited a wave of protest from a slew of Democrats, including 2020 hopefuls, and celebrities.

New York Sen. Kirsten Gillibrand announced that she was headed to Georgia to “fight back, hard, on the frontlines” against “the greatest threat to reproductive freedom in our lifetimes.”

American Civil Liberties Union of Alabama Executive Director Randall Marshall promised Ivey a lawsuit, slamming the governor for the anticipated legal costs that the legislation would mean for the state from court challenges.

“By signing this bill, the governor and her colleagues in the state legislature have decided to waste millions in Alabama taxpayer dollars in order to defend a bill that is simply a political effort to overturn 46 years of precedent that has followed the Supreme Court’s Roe v. Wade decision,” he wrote in a statement Wednesday.

“We will not allow that to happen, and we will see them in court,” Marshall added. “Despite the governor signing this bill, clinics will remain open, and abortion is still a safe, legal medical procedure at all clinics in Alabama.”

Marshall told CNN on Tuesday before the bill’s Senate passage that his organization would join with the national ACLU, Planned Parenthood and Planned Parenthood Southeast to challenge the measure in court within “a few weeks” should it become law.

“We vowed to fight this dangerous abortion ban every step of the way and we meant what we said,” Fox told CNN. “We haven’t lost a case in Alabama yet and we don’t plan to start now.”