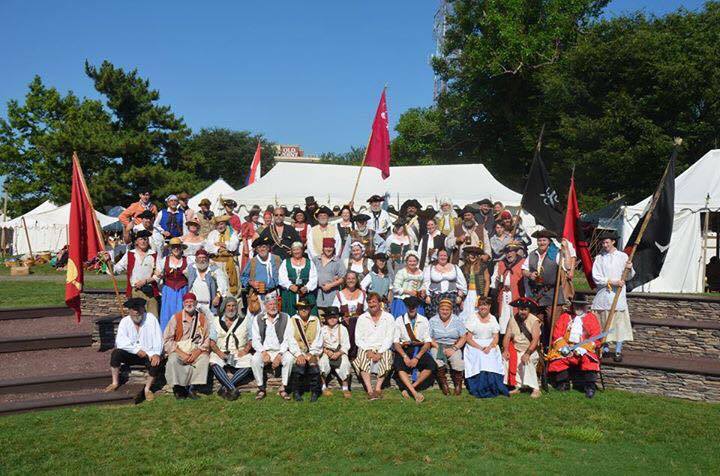 HAMPTON, Va. —  The Grand Pirates’ Bash and 20th Anniversary Hampton Blackbeard Pirate Festival is heading back to the Peninsula from May 31 to June 2.

As one of the top pirate festivals in North America, the festival celebrates its 20th year of showing off the history of the notorious Pirate Captain Blackbeard, Scourge of the Atlantic in 1718 and the trial of his crew by Virginia’s Lt. Gov. Spotswood.

The Grand Pirates’ Bash will kick off festivities on Friday, May 31, and tickets are $35 in advance and $40 at the door. Advance tickets can be purchased online here.

On Saturday, June 1, and Sunday, June 2, a variety of entertainment will keep festival goers excited and entertained.

These two days of the Pirate Experience free of charge on the Downtown Hampton Waterfront. You will be able to Explore Blackbeard’s Pirate Encampment in Mill Point Park with world class living history interpreters teaching the skills of the sailor of the 1700s.

Fireworks will also be on display at 9 p.m. on Saturday over the Hampton River.

For more information on these and other Hampton events and programs, individuals are encouraged to contact the Hampton Visitor Center at 757-727-1102, or the Hampton 311 Call Center at 757/727-8311. For those into surfing the web, click here.