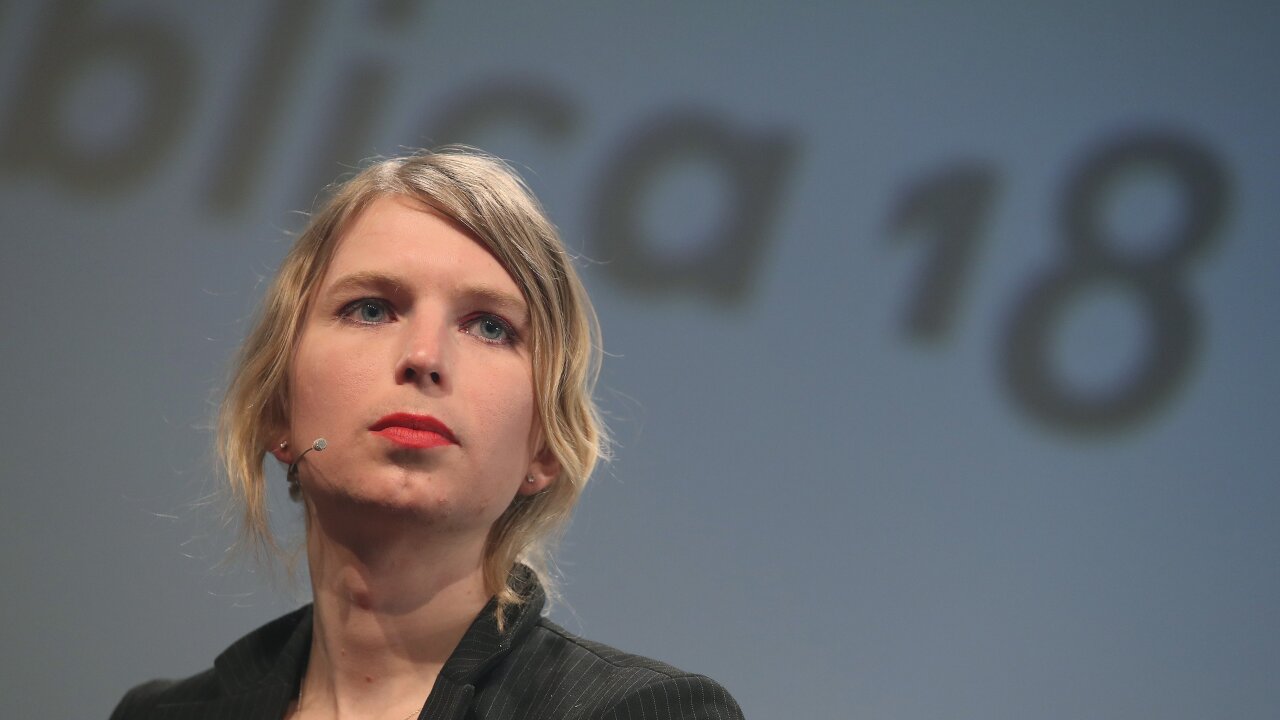 A federal appeals court has rejected an effort by former Army intelligence analyst Chelsea Manning to be released from jail following a court holding her in contempt last month.

Chelsea Manning was once again found in contempt by a federal judge for refusing to testify before a grand jury and will return to jail, just seven days after being released from the same jail.

A federal appeals court has rejected an effort by former Army intelligence analyst Chelsea Manning to be released from jail following a court holding her in contempt last month.

In a court proceeding Thursday in Alexandria, Virginia, Manning was remanded by the US Marshals Service and will return to detention. The judge also ruled that she will be fined $500 per day after 30 days and $1,000 per day after 60 days.

Manning, a former Army intelligence analyst, was released from federal custody last week after spending 62 days in jail for refusing to testify before another grand jury in March about her disclosure of military and diplomatic secrets to WikiLeaks in 2010. The questioning was apparently part of a continued effort by federal prosecutors investigating WikiLeaks founder Julian Assange and Manning was subsequently held in contempt.

Manning was slapped with the second subpoena while in jail to appear before the grand jury Thursday “but for (the) same questions,” according to a tweet posted on Manning’s Twitter account last week.

Assistant US Attorney Thomas Traxler argued Thursday that “Manning holds the keys to the jailhouse door,” while Manning told Judge Anthony Trenga that she would “rather starve to death” than testify.

“I would rather starve to death than change my opinions in that regard,” Manning told Trenga, reiterating her opposition to the secretive grand jury process.

Trenga replied, “There’s nothing dishonorable in fulfilling your obligation as a United States citizen,” before ruling on the specific sanctions the court would put in place.

In a statement Thursday, Manning’s attorney Moira Meltzer-Cohen said she was “disappointed” in Trenga’s decision to detain her client, but did not expect Manning to change course in her refusal to testify.

“We are of course disappointed with the outcome of today’s hearing, but I anticipate it will be exactly as coercive as the previous sanction — which is to say not at all,” Meltzer-Cohen said.

US Attorney Zachary Terwilliger, the top federal prosecutor in the Eastern District of Virginia, told reporters Thursday that his team had “bent over backwards to accommodate” Manning’s medical needs and schedule.

We “never once made this about anything other than obtaining immunized testimony in furtherance of an investigation,” he said, adding that “all we want is her to truthfully answer questions as our constitutional republic requires of our citizens.”

Asked what the interest was in Manning given that Assange has already been indicted, Terwilliger said he was “not at liberty to discuss any investigations or matters before the grand jury.”

“We have a lawfully predicated reason for seeking her testimony and we’ll continue to do so,” he added.

Following Manning’s release, her lawyers appeared to anticipate her being held in contempt a second time, as she planned to refuse to testify.

It is “conceivable that she will once again be held in contempt of court, and be returned to the custody of the Alexandria Detention Center, possibly as soon as next Thursday, May 16,” Manning’s team said in the statement. “Chelsea will continue to refuse to answer questions.”

Manning had formally asked the court to release her earlier this month, saying “nothing will convince me to testify,” according to documents filed in the Eastern District of Virginia court. A federal appeals court rejected her argument for release — that her rights were violated by the subpoena proceedings and the federal prosecutors purportedly seeking to entrap her — in April.

Representatives for Manning had previously said she was kept in her cell for 22 hours a day, arguing that such solitary confinement threatened her health and amounted to “torture.”