Missouri passes bill that would ban abortion after 8 weeks 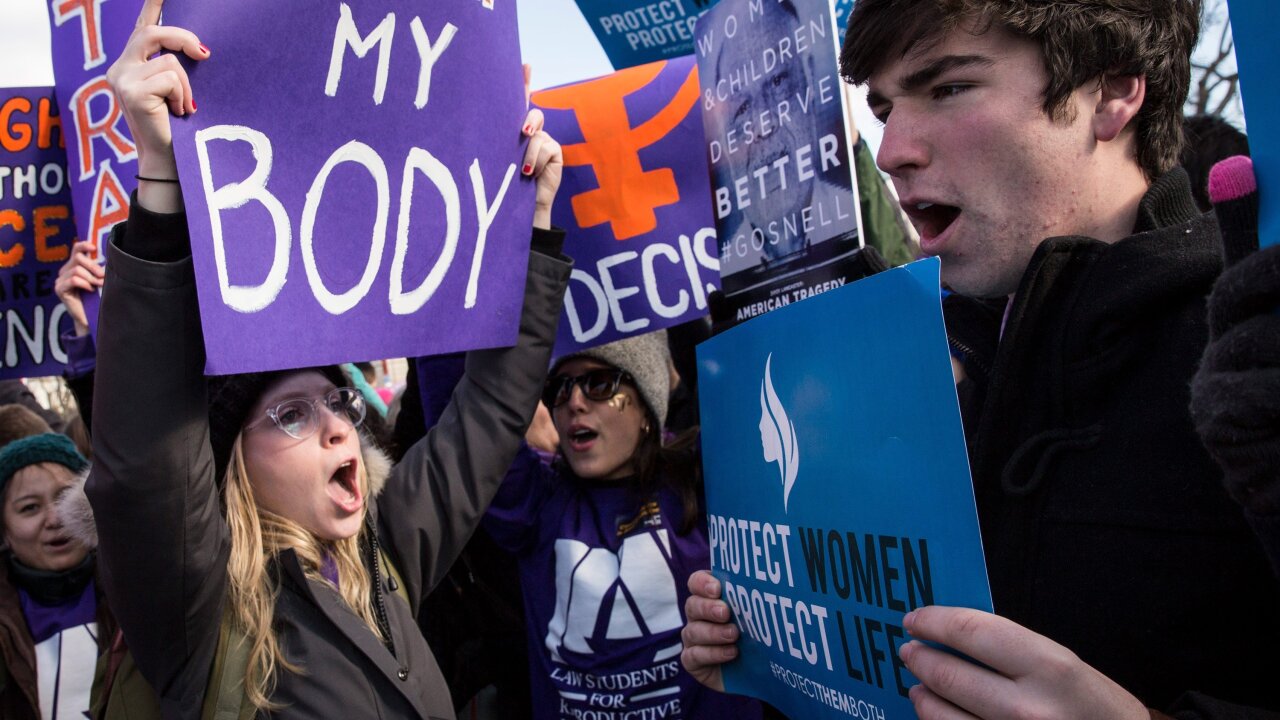 The Missouri Senate passed a bill that prohibits abortions after eight weeks of pregnancy, CNN affiliate KSHB reports. The bill, HB 126, is known as the “Missouri Stands for the Unborn Act.” It bans abortions after a heartbeat is detected.

Missouri is poised to become the latest Republican-led state to enact a strict anti-abortion law, setting up a series of legal battles that could lead to the Supreme Court reconsidering Roe v. Wade.

The Missouri House on Friday approved a bill that had already cleared the state Senate, sending it to the desk of Republican Gov. Mike Parson, who has said he will sign it into law.

The Missouri Senate passed a bill that prohibits abortions after eight weeks of pregnancy, CNN affiliate KSHB reports. The bill, HB 126, is known as the “Missouri Stands for the Unborn Act.” It bans abortions after a heartbeat is detected.

The bill, HB 126, would prohibit abortions after eight weeks of pregnancy — after a heartbeat is detected — though many women often don’t know they’re pregnant in that time. The bill includes exceptions for what it defines as medical emergencies, such as cases when the mother’s life is at risk or she is facing serious permanent injury, but not for pregnancies that are the result of rape or incest.

Missouri Gov. Mike Parson told reporters Friday that he would sign the bill, calling it “just a matter of when we get all the bills in.”

When asked whether he was comfortable with the bill’s lack of exemptions for rape and incest, he said that he would sign the bill as is because “I’m the governor of the state of Missouri and that’s what I do.”

“I believe in the pro-life side of the issue,” he added.

Parson said that the legislation meets the standard of “what I believe to be constitutional for our state.” He anticipated that it would withstand a court challenge, adding that he thinks Roe should be overturned.

David Eisenberg, medical director at Planned Parenthood of the St. Louis Region and Southwest Missouri, said that he was aware of more than one entity “that is already planning a legal challenge” to the legislation, though he could not speak to specifics.

Eisenberg stressed that Missouri clinics would remain open, as the measure had not yet gone into effect.

“There will be many legal challenges to prevent it from being enforced, and we will fight as long and hard as we can to ensure that Missourians will have access to basic health care, including abortions,” he added.

The bill’s passage comes days after Alabama’s abortion law — the most restrictive in the country — was signed by Gov. Kay Ivey. Under that law, doctors who performed abortions could be sentenced to life in prison. Alabama Republicans pushed the bill forward with the goal of it going before the Supreme Court, where they hope conservative justices will overturn the landmark ruling in Roe v. Wade, which legalized abortion in the US in 1973.

The push in Republican statehouses comes after President Donald Trump filled two seats on the Supreme Court, giving conservatives a 5-4 advantage and handing social conservatives who make up the GOP’s base perhaps their best shot at reversing the 1973 decision.

Republican lawmakers who voted for Missouri’s bill have said it bans abortions after a fetus develops to a point where it can feel pain. They also believe it will serve as a “trigger” mechanism that would ban abortion in Missouri if Roe v. Wade was ever overturned.

Protesters were removed from the gallery at the Missouri House after they starting shouting during the hours-long debate. The bill passed 110-44. Its companion bill in the GOP-controlled Senate passed early Thursday 24-10.

The bill now goes to the desk of Parson, who has expressed his support for the bill, which he said would make Missouri “one of the strongest pro-life states” in the United States.

“I made a promise to all Missourians,” Parson said Wednesday, “that I would continue advocating and promoting a culture of life here in Missouri.”

Some Democrats voiced their opposition to the bill, like Sen. Karla May, who accused her colleagues across the aisle of “hypocrisy” for wanting to “protect the child in the womb” while letting Missourians struggle with inadequate healthcare and an unlivable wage.

“If I can’t feed what’s in the womb while it’s in the womb, how am I going to be able to feed it when it comes out of the womb?” she asked. “Those are questions that we gotta be talking about. That’s the hypocrisy of it all.”