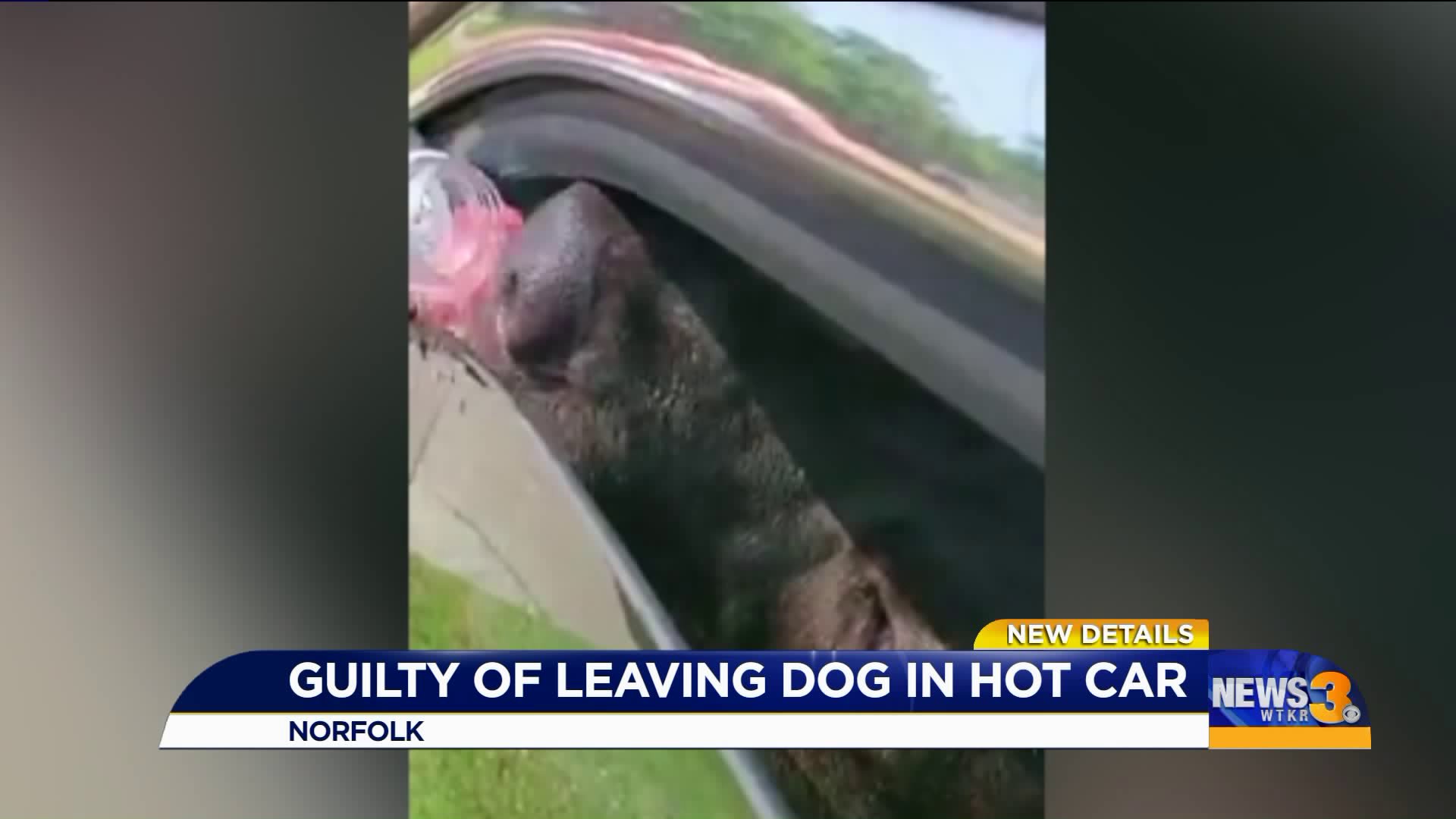 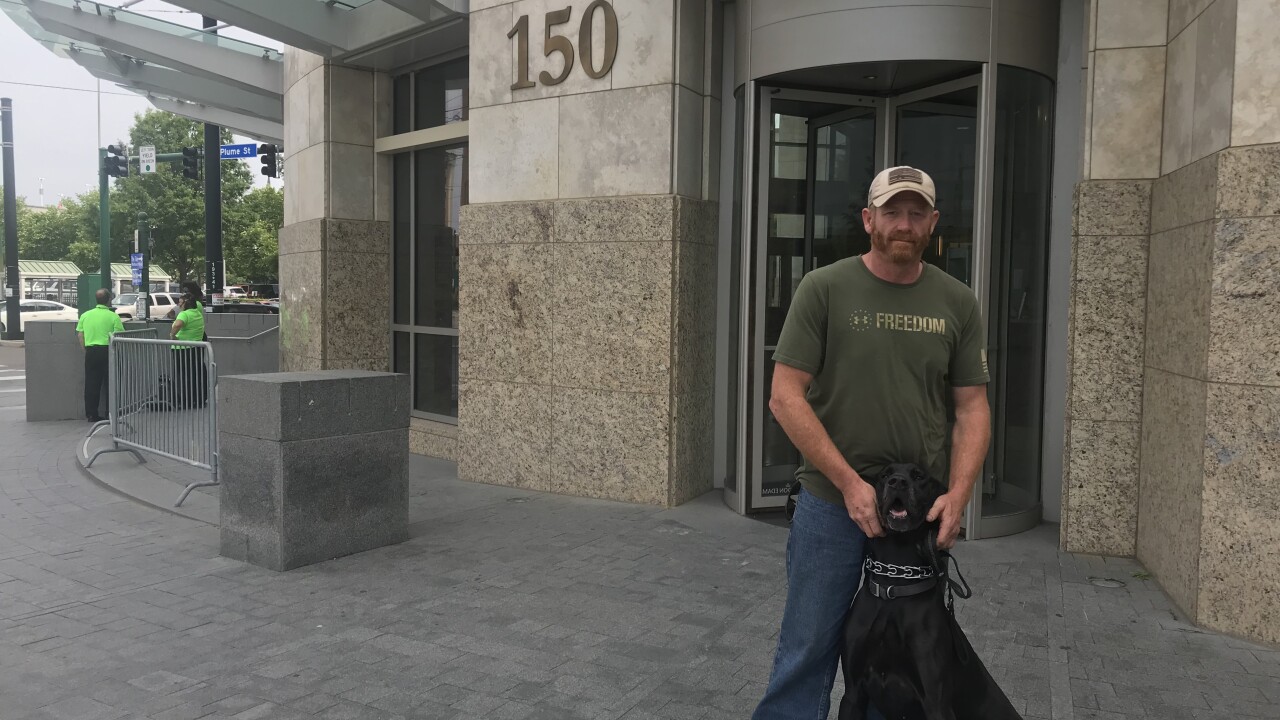 NORFOLK, Va. -  After a puppy was rescued out of a hot car in Norfolk, its owner was found guilty of a misdemeanor offense.

Jason Minson, the man who smashed out the car window to free the dog, was in court Friday, but the woman charged, Kymoni Symone Beverly, never showed. A judge found Beverly guilty of leaving an animal in a motor vehicle, and she was fined $250.

Minson said that the fine was not punishment enough after learning that the dog would have had to die for her to be charged with a felony.

"I am not trying to ruin this girl's life, but it's a serious thing what she did, and she should be held responsible for almost killing an animal that couldn't help itself," Minson said outside court.

Minson went to the animal shelter where the dog, a lab mix named Kodak, is currently held. Animal Control has to make a final ruling on whether or not Beverly can have her dog back, but if it is decided Beverly is not fit to own the dog, Minson, on behalf of his landscaping company, plans to pay the fees for whoever plans to adopt Kodak. Minson owns and operates A Guy and His Dog Landscaping, operating around Hampton Roads.

Right now, Minson said he is in the process of writing a letter to Governor Ralph Northam explaining why he thinks animal abuse and cruelty legislation needs to be amended so a Good Samaritan can act on behalf of an animal in danger and not face criminal charges.