Hundreds of Virginians gather on beaches, saying ‘no’ to offshore drilling 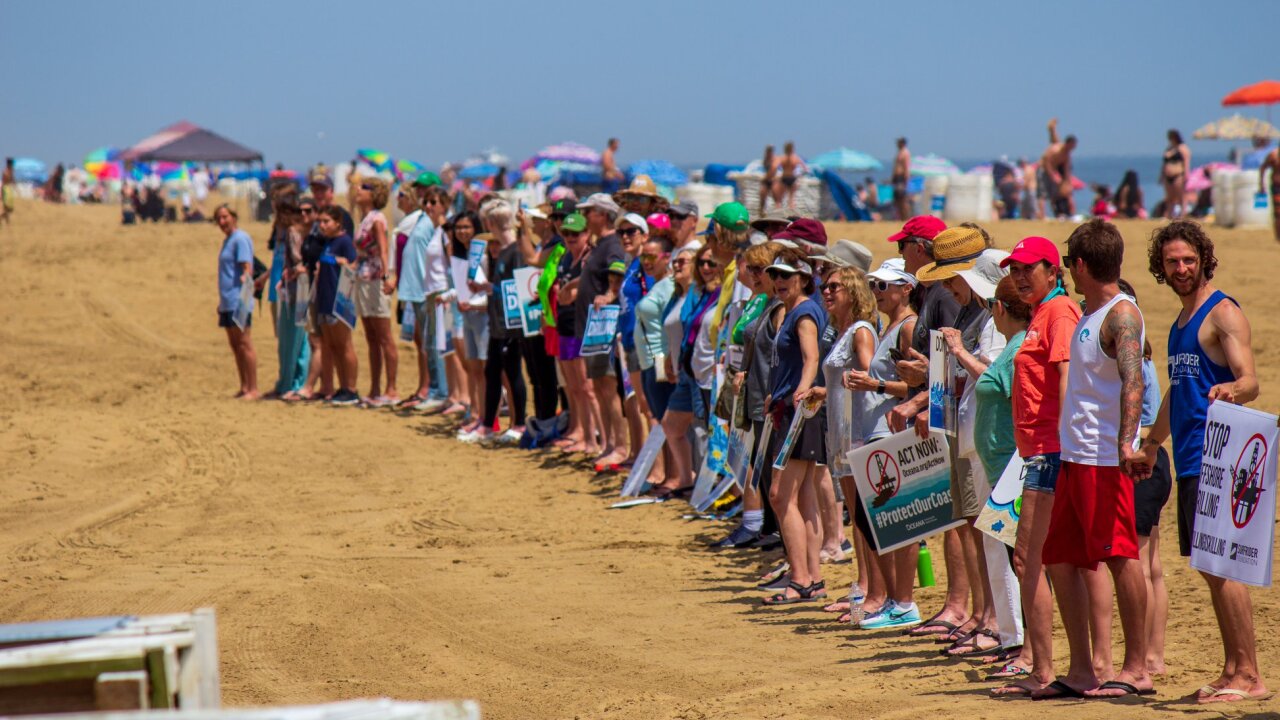 HAMPTON ROADS, Va. – Around 300 Virginians stood together Saturday during the tenth annual ‘Hands Across the Sand’ event to speak out against offshore drilling and advocate for clean energy.

There were events in Virginia Beach, Norfolk, Hampton, and the Eastern Shore of Virginia!

Concerned citizens, elected officials, local business owners, conservationists and many others gathered to voice opposition to ‘dirty and dangerous’ offshore drilling and exploration and the Trump administration’s rollback of drilling safety standards that were adopted in response to the BP Deepwater Horizon disaster.

“Offshore oil drilling is a dirty and dangerous practice that threatens the health of our ocean, as well as our coastal recreation and tourism industries that generate billions of dollars for our nation’s economy. We call upon the Trump administration to cancel plan for expanded offshore drilling in U.S. waters,” said Pete Stauffer, environmental director at Surfrider Foundation.

To learn more about the ‘Hands Across the Sand’ event, click here.