Lidl to open 25 new stores, including one in Virginia Beach by 2020 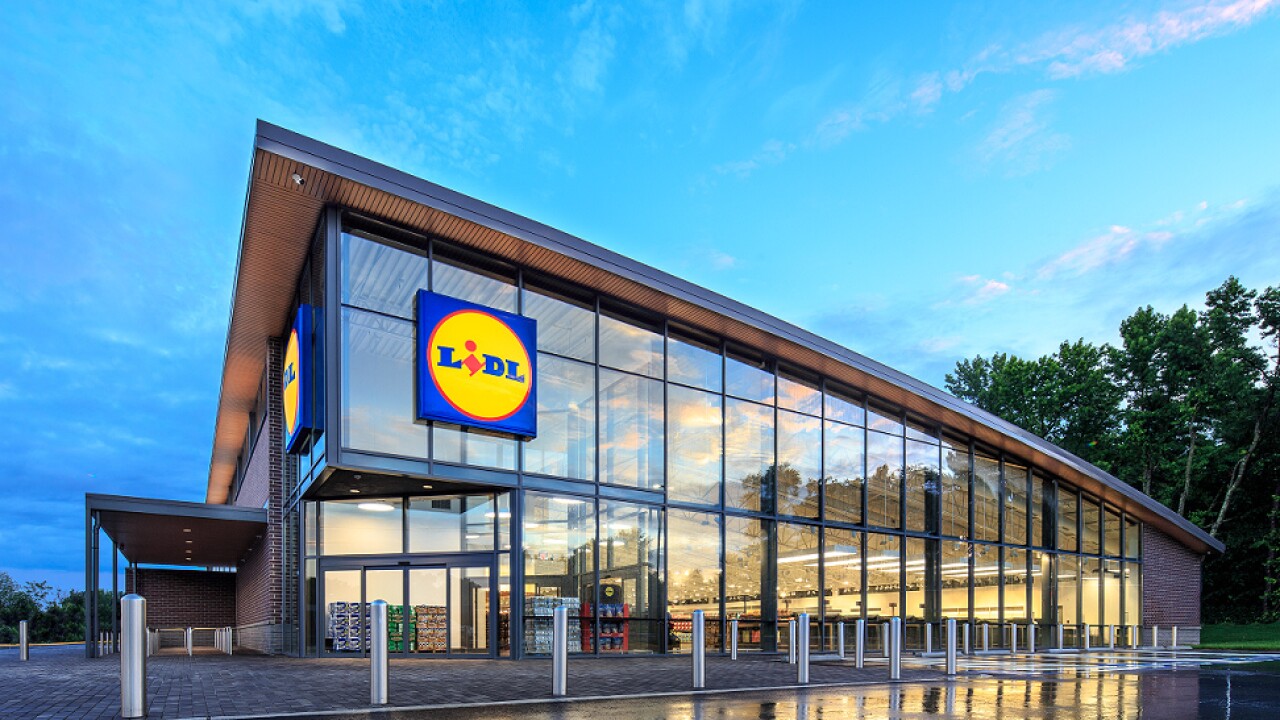 VIRGINIA BEACH, Va. – Lidl announced on Friday that it will open another location in Virginia Beach on Independence Boulevard as part of the German company’s plan to add 25 stores in the United States by the spring of 2020.

The announcement by Lidle will also see locations added in both Maryland, North Carolina, South Carolina, New York, New Jersey and Pennsylvania.  Those openings and others will bring Lidl’s US footprint to more than 100 stores by the end of 2020, two years behind Lidl’s original schedule.

The company did not announce where on Independence Boulevard the store will be located.

Currently, there are three Lidl’s in Virginia Beach and nine stores in Hampton Roads.

“These new stores are part of the next steps in our U.S. expansion. Over the next year, we are excited to introduce more customers to Lidl’s award-winning quality, reliably low prices, and convenient shopping experience,” said Johannes Fieber, CEO of Lidl US.

Despite early struggles in the United States, German discount grocery chain Lidl still believes it can grow in this country and replicate its longtime German foe Aldi’s success.

“We are committed to long-term growth in the United States,” Johannes Fieber, CEO of Lidl’s US operation, said in a statement. “These new stores are part of the next steps in our US expansion.”

Lidl is a global grocery giant with more than 10,500 stores in 29 countries. But unlike its German rival Aldi, which entered the United States in 1976 and has reached nearly 1,900 stores here, Lidl only recently moved to the country.

Lidl’s had mixed success since it cut the ribbon on its first US stores in the summer of 2017.

The company initially had lofty goals and planned to shake up the US market by opening 100 locations within its first year. It relied on tactics similar to Aldi’s to break into the market: slashing prices, offering mostly private-label brands, and emphasizing its organic food and fresh produce selections.

But Lidl made early mistakes. Its stores were too big and too far from urban hubs, which undercut its attempt to establish itself as a convenient option, according to analysts.

“The biggest mistake they have made is around their real estate strategy,” said Simon Johnstone, an analyst at Kantar. “When it’s bigger, they lose the aura of it being simple and easy to shop.”

Lidl has recently adjusted its strategy and slowed down store openings. It replaced its US CEO last year and struck a partnership with Boxed for an online home delivery pilot.

The company is focusing on opening smaller stores in higher-traffic areas. For example, it recently opened three stores outside of Atlanta. The company also acquired 27 Best Market supermarkets in New York and New Jersey to gain a foothold in that market. It will re-brand those stores to Lidl in the next two to three years.

Lidl’s biggest impact in the United States so far has been to force other supermarkets to lower prices.

In six areas in Virginia and North Carolina where Lidl opened stores in 2017, nearby supermarkets lowered prices on a half-gallon of milk by up to 55% compared with places where Lidl stores were not present, according to a study by Katrijn Gielens, a associate professor of marketing at UNC’s Kenan-Flagler Business School. Prices for avocados and bread were up to 30% lower at supermarkets near Lidl stores, Gielens found.

Walmart, in particular, has aggressively countered Aldi and Lidl’s expansion.

“The discounters are very worthy competitors and keep us extremely honest in terms in terms of our price position,” Walmart US CEO Greg Foran said last week on a call with reporters. “We track them closely.”