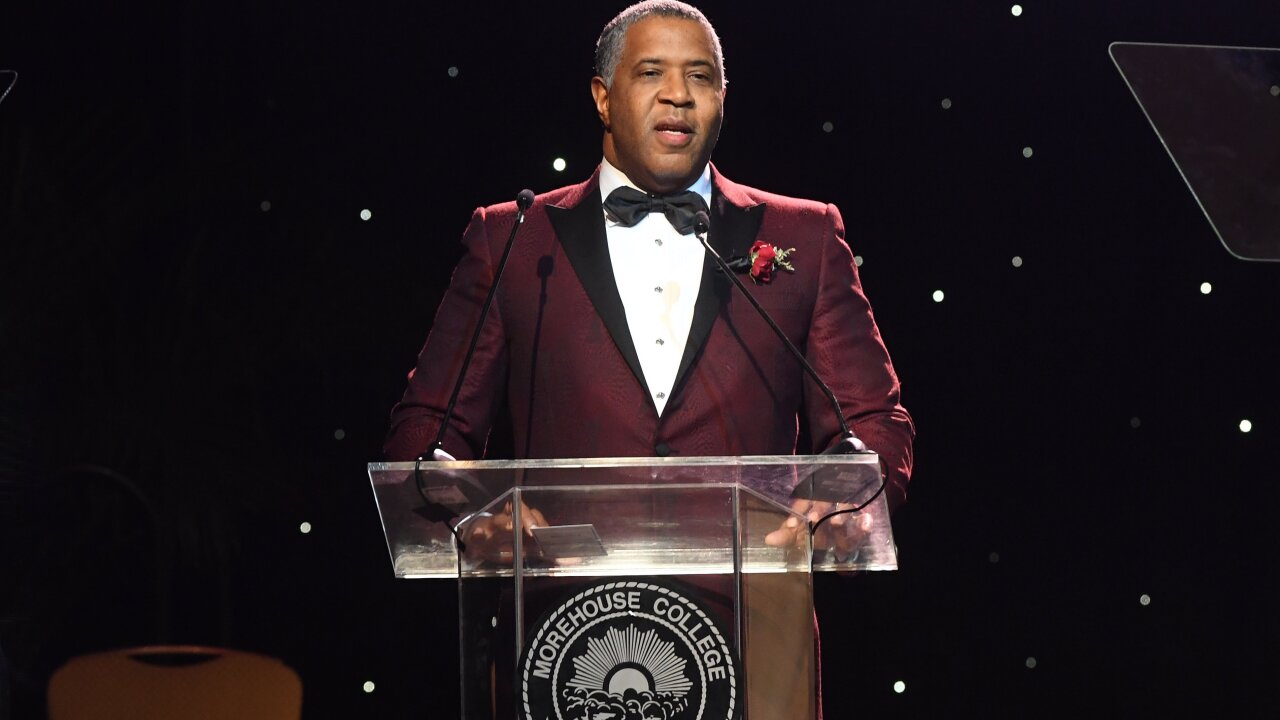 Morehouse College seniors got a surprise Sunday when billionaire investor Robert F. Smith announced during his commencement speech that he would pay off the student loan debt for the historically black college’s graduating class.

“On behalf of the eight generations of my family who have been in this country, we’re going to put a little fuel in your bus,” he told the newly minted graduates in Atlanta before saying his family was creating a grant to eliminate their student loans.

The announcement was met with a standing ovation and chants of “MVP!”

“Now, I know my class will make sure they pay this forward,” he continued. “I want my class to look at these (alumni) — these beautiful Morehouse brothers — and let’s make sure every class has the same opportunity going forward because we are enough to take care of our own community. We are enough to ensure we have all the opportunities of the American dream.”

The exact amount to be covered for the 396 students is still being calculated, Morehouse President David A. Thomas told CNN Monday, but the figure will likely be in the tens of millions of dollars. Thomas called Smith’s gesture “a liberation gift.”

“When you have to service debt, the choices about what you can go do in the world are constrained,” he said. “(Smith’s gift) gives them the liberty to follow their dreams, their passions.”

Students couldn’t believe their ears when Smith made the announcement, three graduates of the all-men’s college told CNN.

“We’re looking at each other like, ‘Is he being serious?’ That’s a lot of money,” salutatorian Robert James, 21, said.

Jonathan Epps, 22, said Sunday afternoon he still hadn’t fully grasped the magnitude of the “tremendous blessing,” which he called the kindest, most generous thing he’d ever witnessed.

“It’ll sink in as the years go on. I know that for a fact,” he said. “I still don’t really have words. … It makes a great day just that much better.”

Epps said he has about $35,000 in student loan debt that his parents in Pleasanton, California, had pledged to help him pay off. He couldn’t wait to break the news to them, he said.

A classmate, Elijah Nesly Dormeus, is the first of nine kids to graduate college. His mother made many sacrifices working minimum-wage jobs to provide for him and his eight siblings after Dormeus’ father died when he was 5.

In addition to the 22-year-old New Yorker’s own $90,000 debt, he said his mother took out a loan to help get him through school.

“All her serving, all her giving was not in vain,” Dormeus said when asked what Smith’s gift meant to his family.

Smith has made many other charitable donations

The entrepreneur, founder of the investment firm Vista Equity Partners, is worth about $5 billion, according to Forbes, which reports he is the richest black person in America.

The 56-year-old Smith was a chemical engineer for Goodyear and Kraft before attending business school. He worked for Goldman Sachs, specializing in technology investments, before starting Vista Equity in 2000.

Smith has quite the generous streak. In 2016, Cornell University, one of his alma maters, renamed its chemical and biomolecular engineering school in honor of the Austin, Texas, investor after he committed to donating $50 million to the school. He’s also donated millions to cancer research and the arts.

In 2017, Smith signed the Giving Pledge, an effort spearheaded by billionaires Warren Buffett and Bill and Melinda Gates to convince wealthy Americans to give away half of their fortunes.

In signing the pledge, Smith said he would focus on causes that support equality for black Americans and the environment. His wife, model Hope Dworaczyk Smith, will focus on helping children, he wrote.

“I will never forget that my path was paved by my parents, grandparents and generations of African-Americans whose names I will never know,” Smith said. “Their struggles, their courage, and their progress allowed me to strive and achieve. My story would only be possible in America, and it is incumbent on all of us to pay this inheritance forward.”