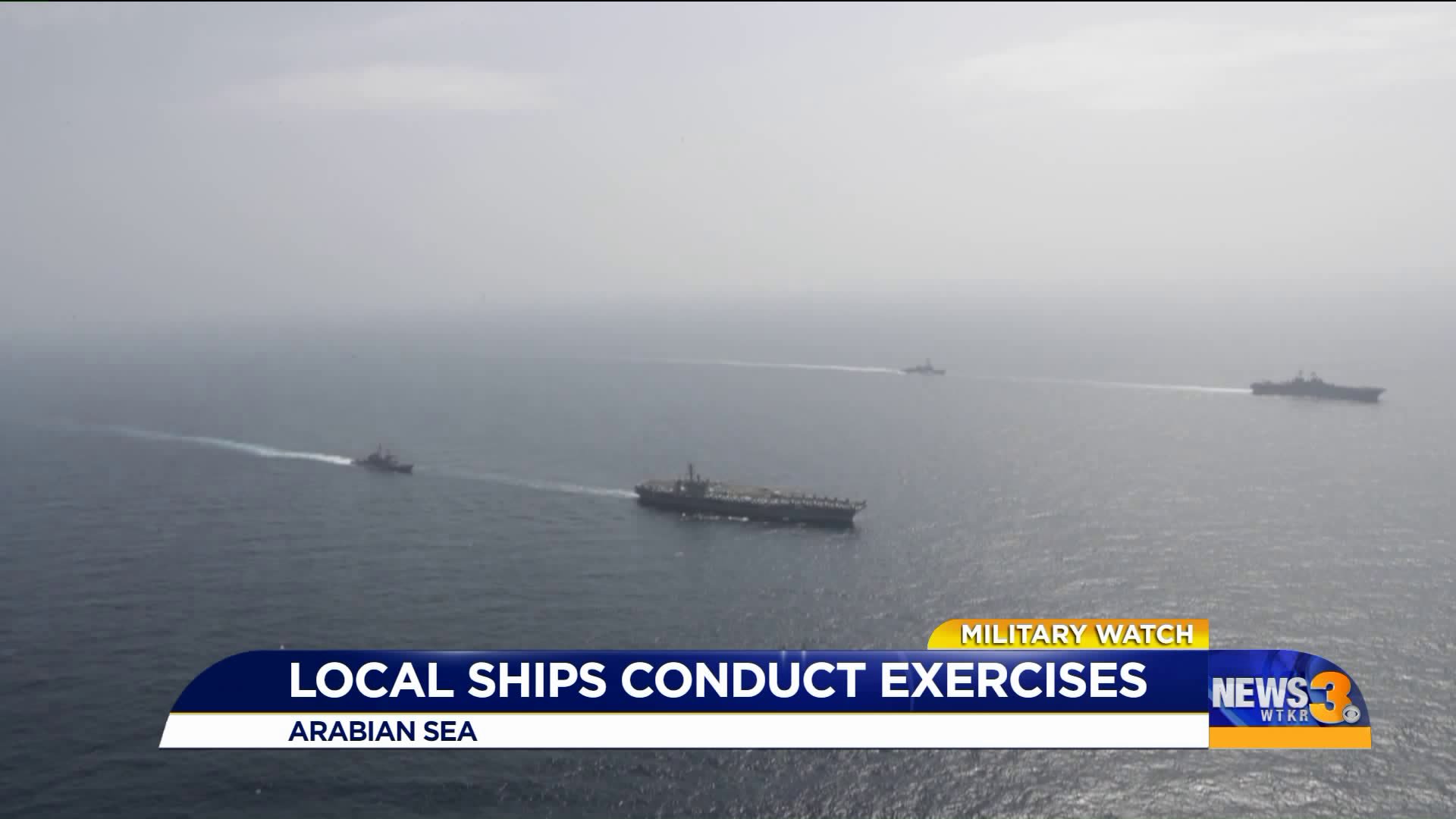 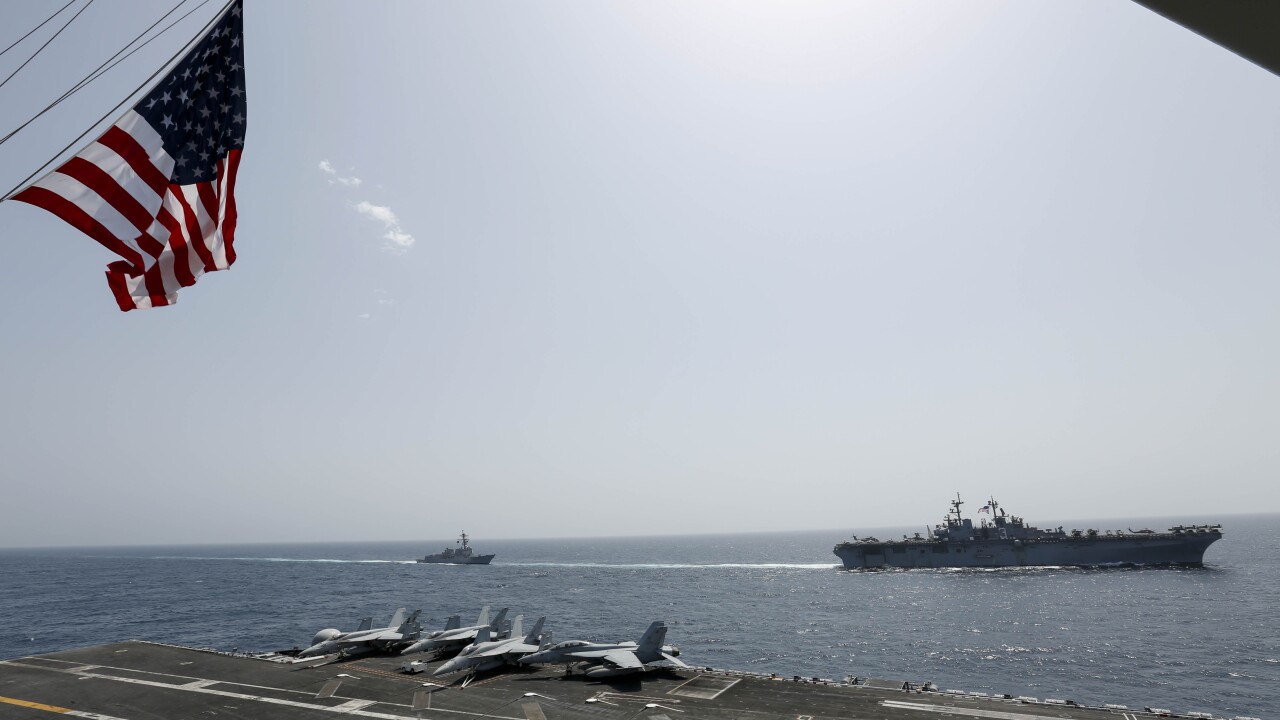 ARABIAN SEA - Navy ships from Hampton Roads conducted deterrence exercises in the Arabian Sea over the weekend in response to escalating tensions with Iran.

The Lincoln Strike Group deployed from Naval Station Norfolk on April 1 on an around-the-world deployment that will see the carrier shift to a new home in San Diego at the end. The accompanying ships from the strike group will return to Norfolk.

Earlier this month, the Lincoln Carrier Strike Group was expedited to the Middle East among rising tension with Iran.

In a release, the Navy says after the Lincoln "deployed to the region in response to credible threat indicators, the operations highlight the ability of the U.S. Navy to quickly mobilize assets and aggregate different platforms with a variety of operational capabilities."

“The exercises and training we are doing with Amphibious Squadron Six, the 22nd Marine Expeditionary Unit and USS Kearsarge are aimed towards increasing our lethality and agility to respond to threats, and deterring destabilizing actions in this important region,” Rear Admiral John Wade, commander, Carrier Strike Group 12, said in the release.

The Maritime Raid Force of the 22nd MEU also conducted search and seizure training, along with a fast-roping exercises with helicopters and the USS Bainbridge.