‘Skins scoop: Is Case closed-off to being a QB mentor? 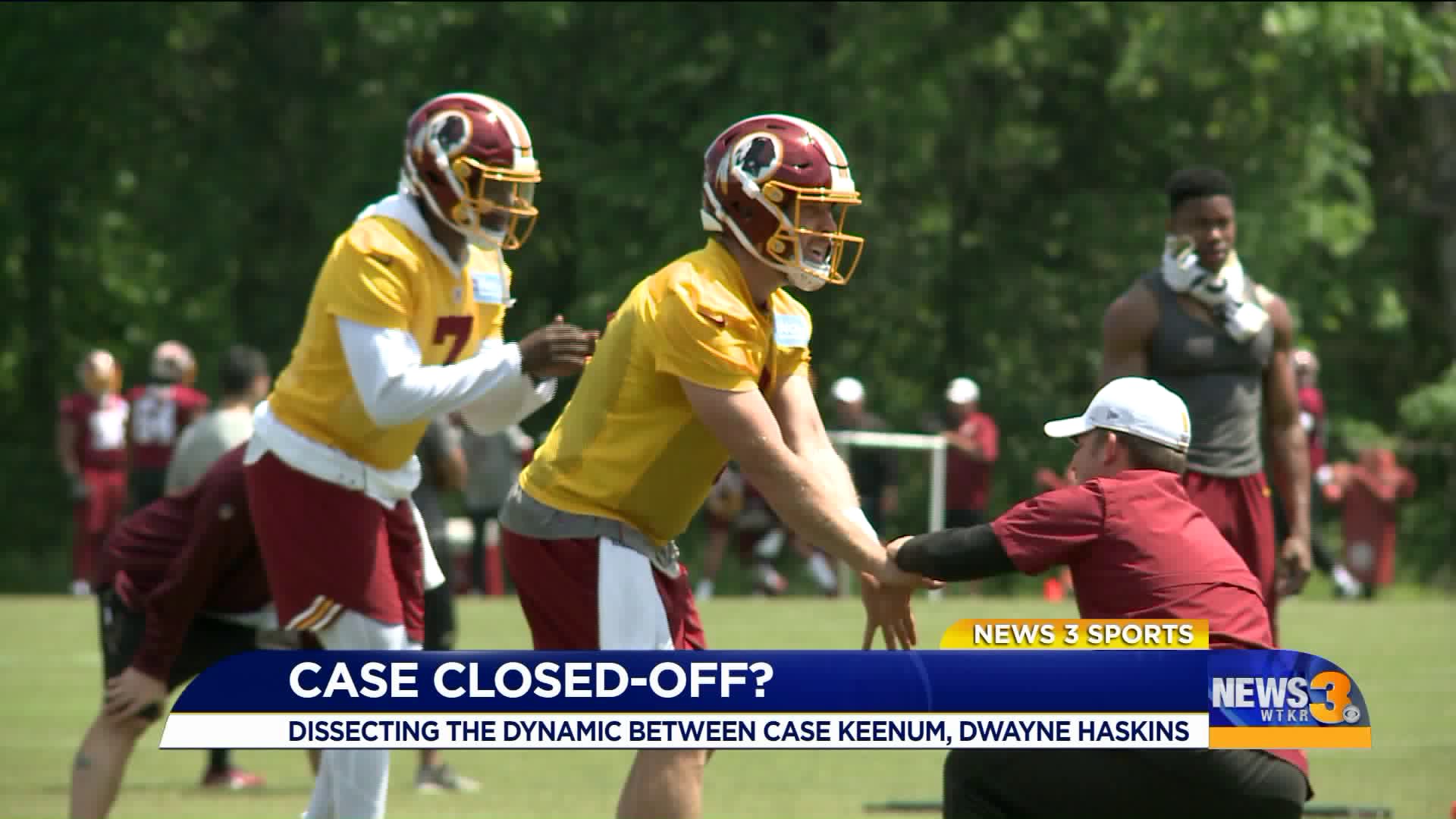 Redskins quarterback Case Keenum, whom the team traded for during the offseason, has started 30 games combined the past two seasons. He's on record saying he doesn't feel he needs to coach Redskins rookie QB Dwayne Haskins during his inaugural NFL campaign. Keenum says it's his job to be ready to play.

Head coach Jay Gruden will facilitate a QB competition between Keenum, fellow veteran Colt McCoy and Haskins. Gruden seems okay with the dynamic between Case and the rookie, too.

"I think he’s more worried about himself right now because he’s got a lot to learn himself," Gruden said Monday following the team's Organized Team Activity (OTA). "He’s going through this process for the first time as well, it’s not like he’s been here for 10 years. Everybody talks about [QB] Alex [Smith] when he mentored [QB Patrick] Mahomes over there, well Alex had been in the system, he had been playing for a while it was a little bit easier. Now that Case is here for the first time he’s got a lot to learn and we’re teaching them both equally like they’re new guys learning a new offense."

News 3 is Hampton Roads' home of the Redskins.