Virginia Beach man says he was making essential oils, not meth, inside his home

VIRGINIA BEACH, Va. - 27-year-old Abraham Haines admits he’s grown mushrooms and pot before, but says his arrest Monday is all a mistake.

“Someone texted me on my phone looking for pot. They said they heard about me through a mutual friend,” said Haines from inside the Virginia Beach Jail.

When he went to get money out, he says he and a friend were stopped by police and handcuffed.

“They said they have been following me for months and that I am making meth,” said Haines.

Norfolk Police say they were conducting a narcotics investigation in their city Monday when it lead them to execute a search warrant in the 4300 block of Tillman Drive in Virginia Beach. During their investigation, they said they discovered items in Haines' home that appeared to be components of a lab used to manufacture drugs.

“They told me I was producing meth, but I have a chemistry set and it’s used to make essential oils and soaps. I’ve been trying to make a little extra money to buy my daughter a gift, so I’ve been selling stuff on Etsy,” explained Haines.

Haines says his 5-month-old daughter was stripped from his arms inside his home Monday.

“Someone called Child Protective Services because they saw chemistry equipment. My neighbors have seen it and even my landlord because I was excited about it” Haines told News 3.

Law enforcement were outside the auto mechanic's home for hours Monday, dressed in hazmat suits and coming out with bags of dangerous materials. Police also told us Animal Control officers were called to the home to remove a dog and puppies. The animals were returned to their owner, and there is no active investigation.

“It was shocking, very scary. I was baffled” said Rhonda Llewelyn, who lives across the street.

“I catch myself bouncing between rage and sorrow. I’m so sad to think about what my daughter is going through. I think I’ll be in here forever and they will bury me,” stated Haines. 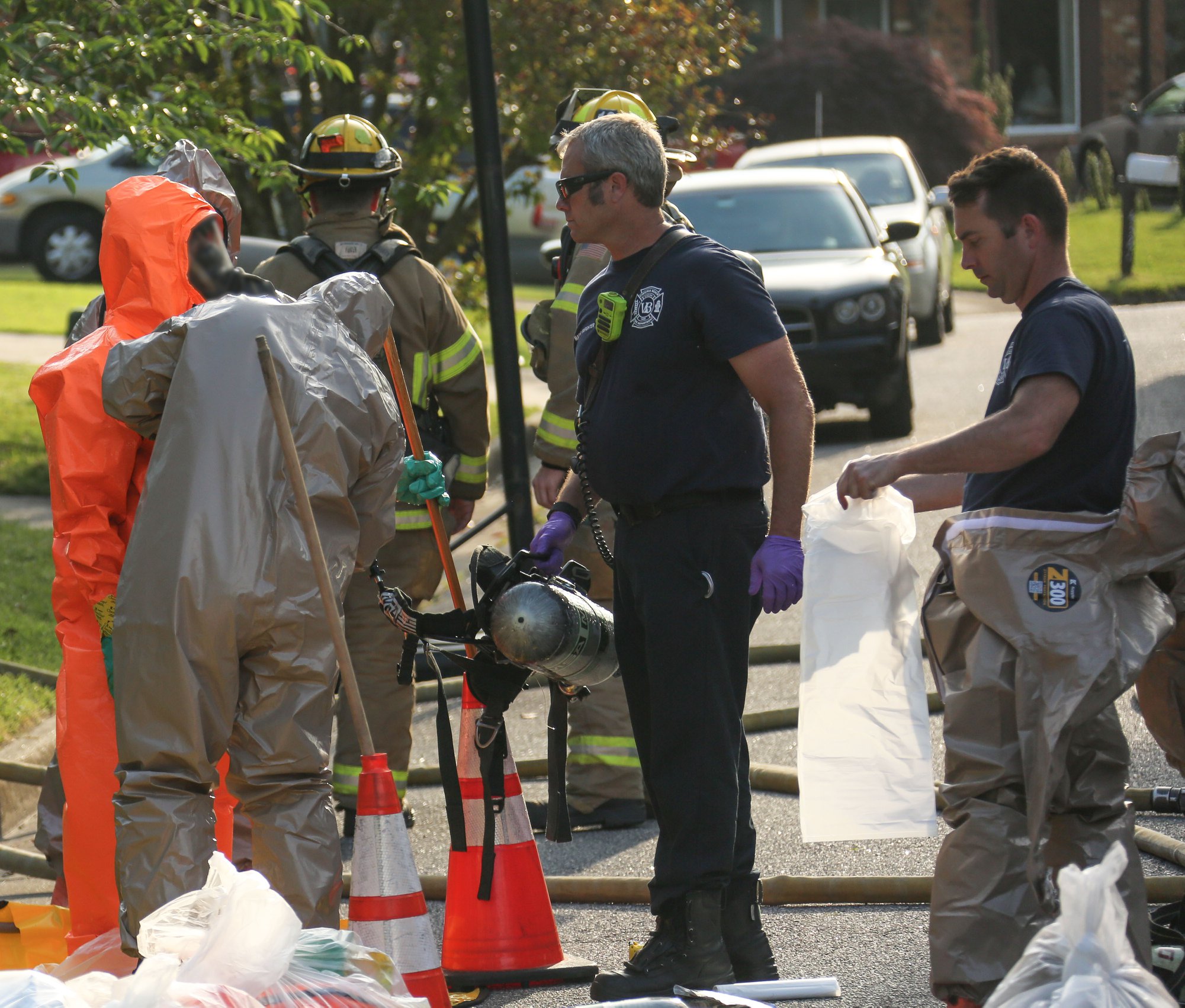