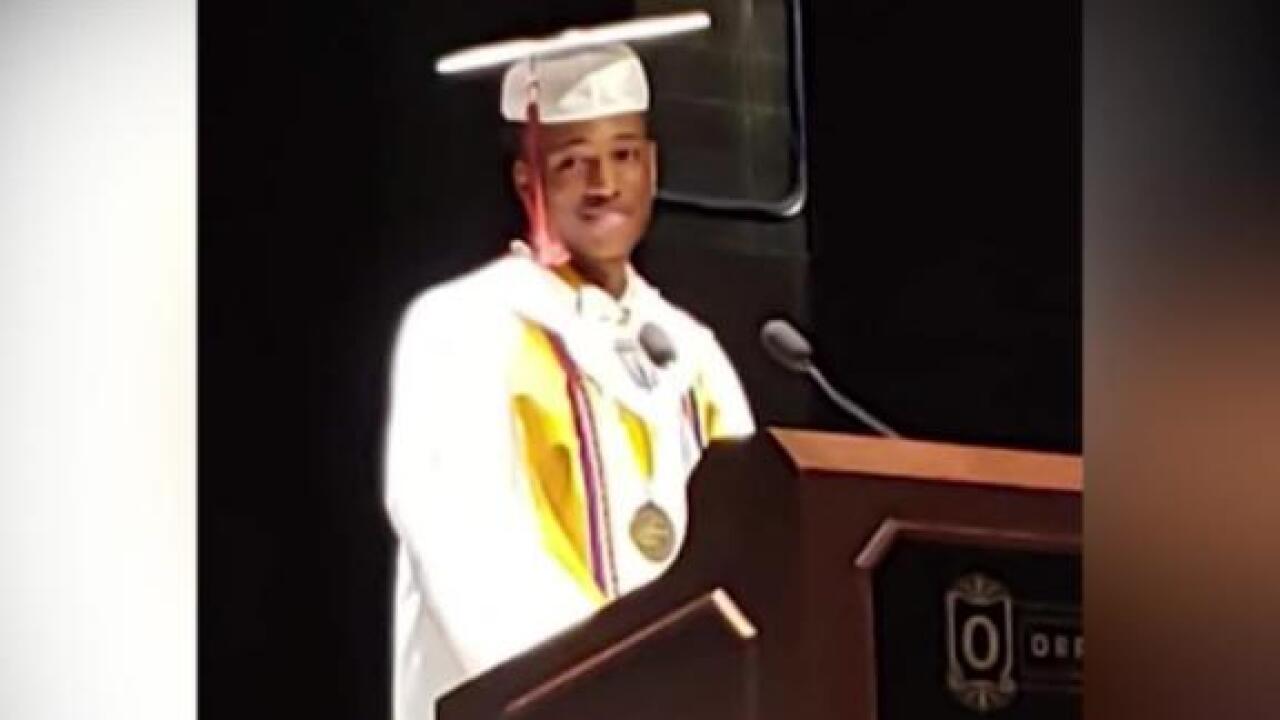 The stress of senior year can be overwhelming. Combine that with challenges at home, and it can derail any high school student’s academic career.

Memphis high school senior Tupac Mosley maintained a 4.3 GPA, scored a 31 on his ACT, and was named valedictorian — all while dealing with the death of his father and the lack of a permanent home.

His accomplishments earned him dozens of college scholarships worth more than $3 million.

“It’s honestly an honor and a blessing,” he told CNN’s New Day.

Mosley had set a personal goal of reaching $1 million in scholarships in an effort to “do the best for my school.” When the offers started coming in, he said “I wanted to beat a million.”

“I actually did not know that I received $3 million until graduation,” he said.

Hardships were never an excuse for Mosley, according to Raleigh Egypt High School principal Shari Meeks, who told CNN that the soon-to-be college freshman always has a smile on his face.

Mosley isn’t the only member of his family to reach academic highs. His older brother was also valedictorian.

Mosley, who at one point was living in a tent, credits his family, friends and all the people at his school for his success.

“They have all been a great support to me,” he said.

In September, Mosley will be attending Tennessee State University where he plans to major in electrical engineering.

“As I’ve been worrying about finances and money for most of my life, to know that I can be doing something that I’m enjoying for my next four years and really … starting my career off is … refreshing and motivating,” Mosley told CNN. “I can do this with confidence not having to worry about anything else.”