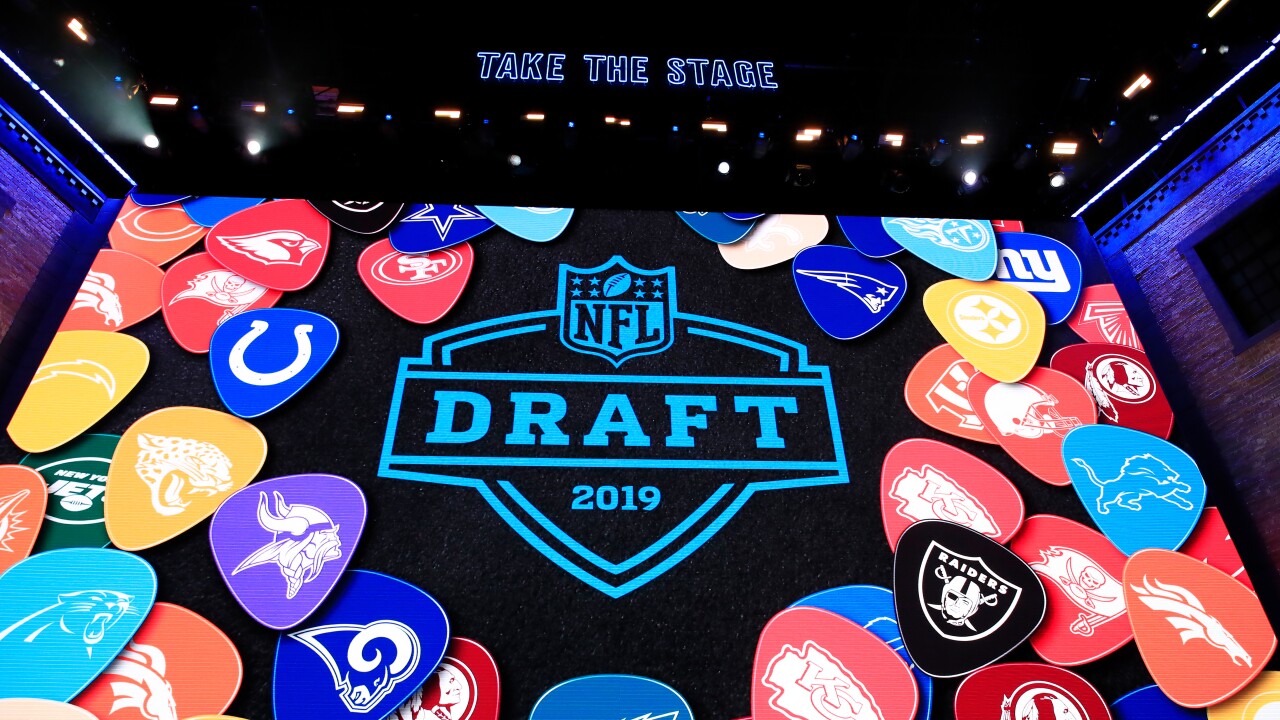 A general view of video board signage during the first round of the 2019 NFL Draft. (Photo by Andy Lyons/Getty Images)

A view of the NFL Draft theater. (Photo by Tom Pennington/Getty Images)

The announcements were made at the annual Spring League Meeting in Key Biscayne, FL following a review of the proposal by the Super Bowl & Major Events Advisory Committee and full ownership.

The 2021 event in Cleveland will bring fans together for free celebrations at iconic downtown locations around FirstEnergy Stadium, including the Rock & Roll Hall of Fame, as well as on the shore of Lake Erie.

A general view of signage during the first round of the 2019 NFL Draft. (Photo by Andy Lyons/Getty Images)

The 2023 NFL Draft will take place in the iconic area around Kansas City’s Union Station and the National World War I Museum and Memorial and will bring together fans to celebrate one of the most-anticipated sports events of the year.

The NFL Draft has become one of the biggest and most-anticipated sporting events of the year. The 2019 Draft reached new heights and record numbers as the highest-rated and most-watched Draft ever, eclipsing previous records set in 2018. The 2019 Draft was broadcast over three days and attracted more than 47.5 million total viewers and over 600,000 in attendance. The NFL Draft achieved a combined 3.9 HH rating and average of 6.1 million viewers across the broadest distribution including NFL Network, ABC, ESPN, ESPN2 and ESPN Deportes, as well as NFL and ESPN digital and social properties.