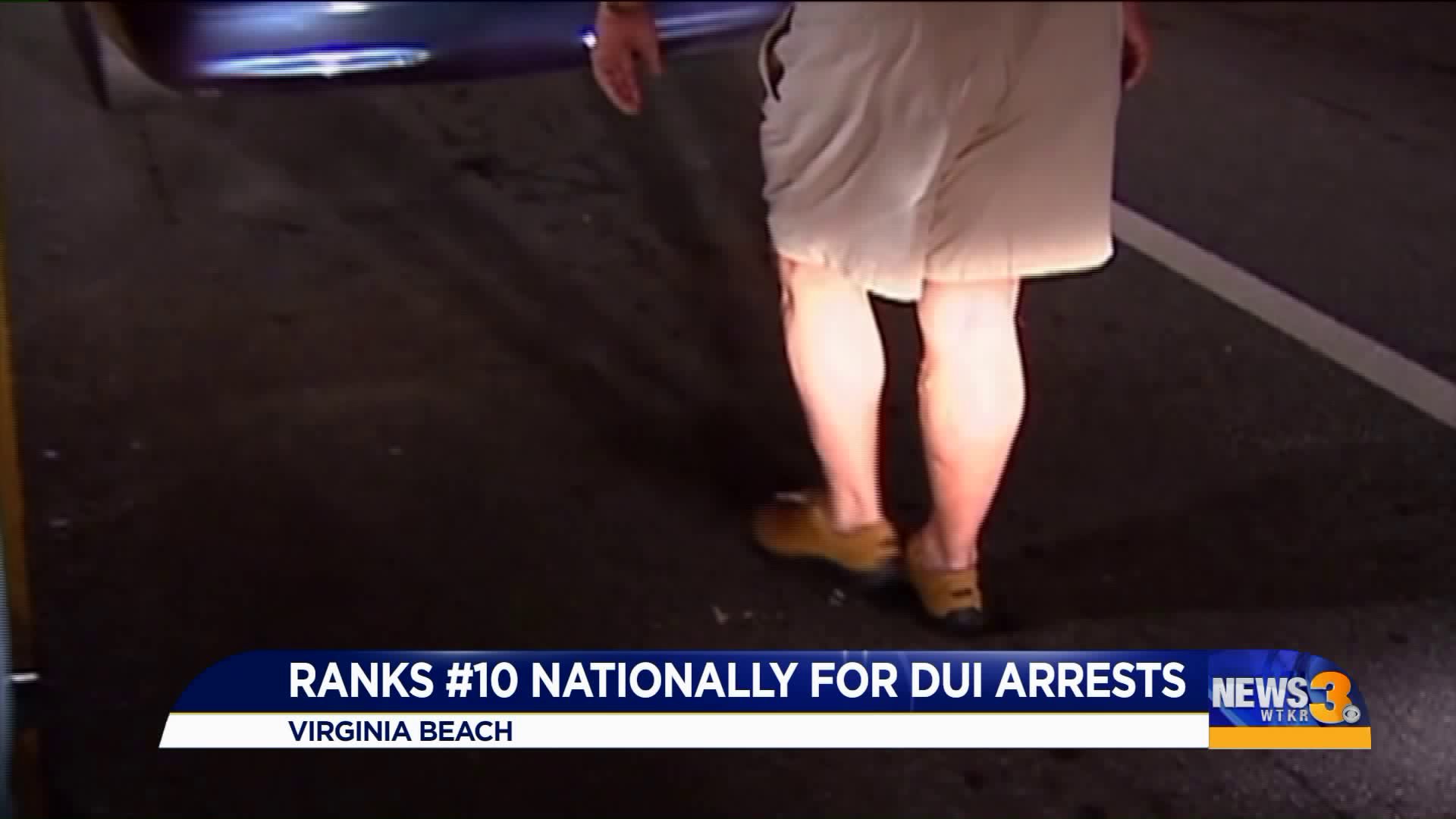 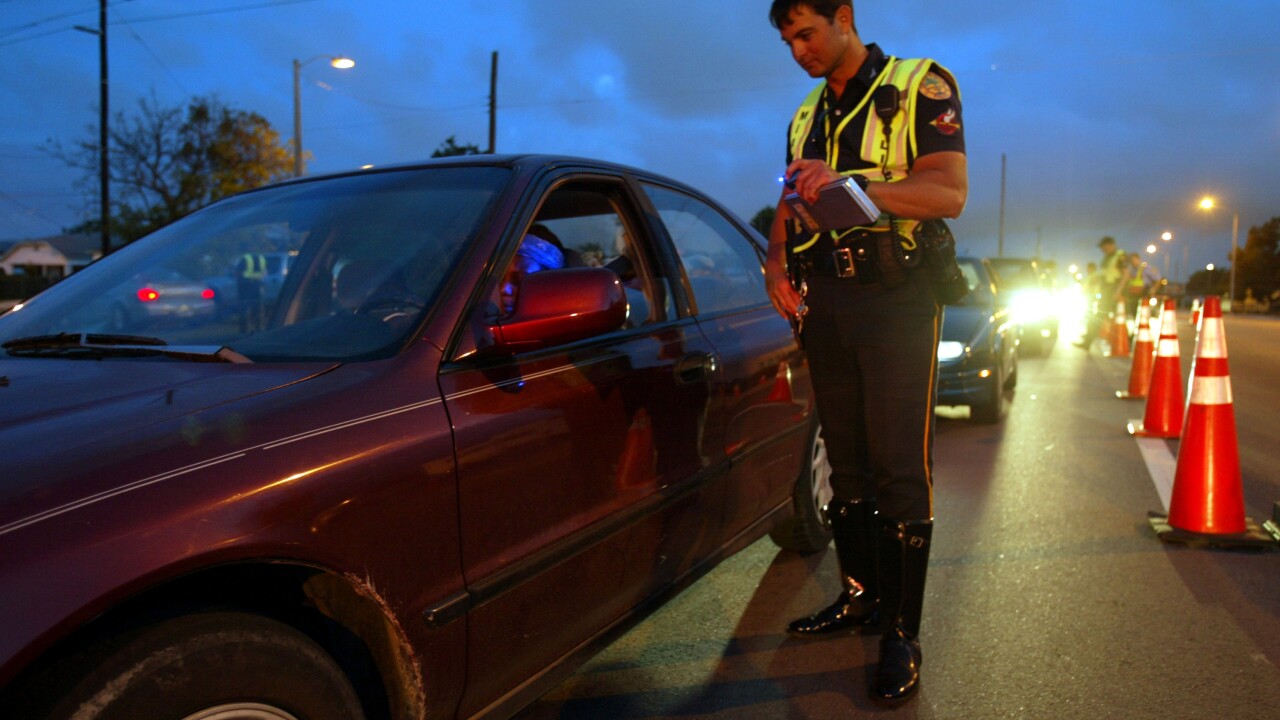 VIRGINIA BEACH, Va. - The City of Virginia Beach has found itself on a troubling top 10 list.

A recent study from QuoteWizard, a Lending Tree company, ranks the Resort City as number 10 on a list of cities with the highest number of drivers with DUIs on their record.

Due to the high number of  arrests in the city each year, specific resources have been dedicated to find and charge those who make the decision to drink and drive. (Photo by Joe Raedle/Getty Images)

While the statistic is troubling to Virginia Beach Commonwealth Attorney Colin Stolle, he says he's not surprised to hear about the city's ranking.

"There is a huge issue here in Virginia Beach," Stolle explained. "It's not a surprise in the sense that we have known for years that we have had an issue with drinking and driving in the city."

Due to the high number of arrests in the city each year, specific resources have been dedicated to find and charge those who make the decision to drink and drive.

"If you get behind the wheel of a car when you have been drinking, there is a good chance that Virginia Beach Police are going to catch you," Stolle said.

According to a spokesperson with the Virginia Beach Police, the department holds frequent DUI checkpoints. It also has a special operations traffic safety unit and a fatal crash team, which consists of 10 officers who rotate DUI enforcement as part of their routine duties.

Additionally, the department has DUI enforcement grant money from the DMV. Those funds are used to pay 30 officers overtime, strictly to enforce DUI laws.

"We don’t subscribe to a slap on the wrist or anything else for drinking and driving," Stolle said. "You will be prosecuted to the fullest extent of the law if you drink and drive."

Prosecuting to the fullest is part of the reason why the city ranks so high on lists like the one from QuoteWizard. While it's not a list the city wants to be on, Stolle says its number 10 ranking shows how seriously its officials want to stop drunk driving in Virginia Beach.