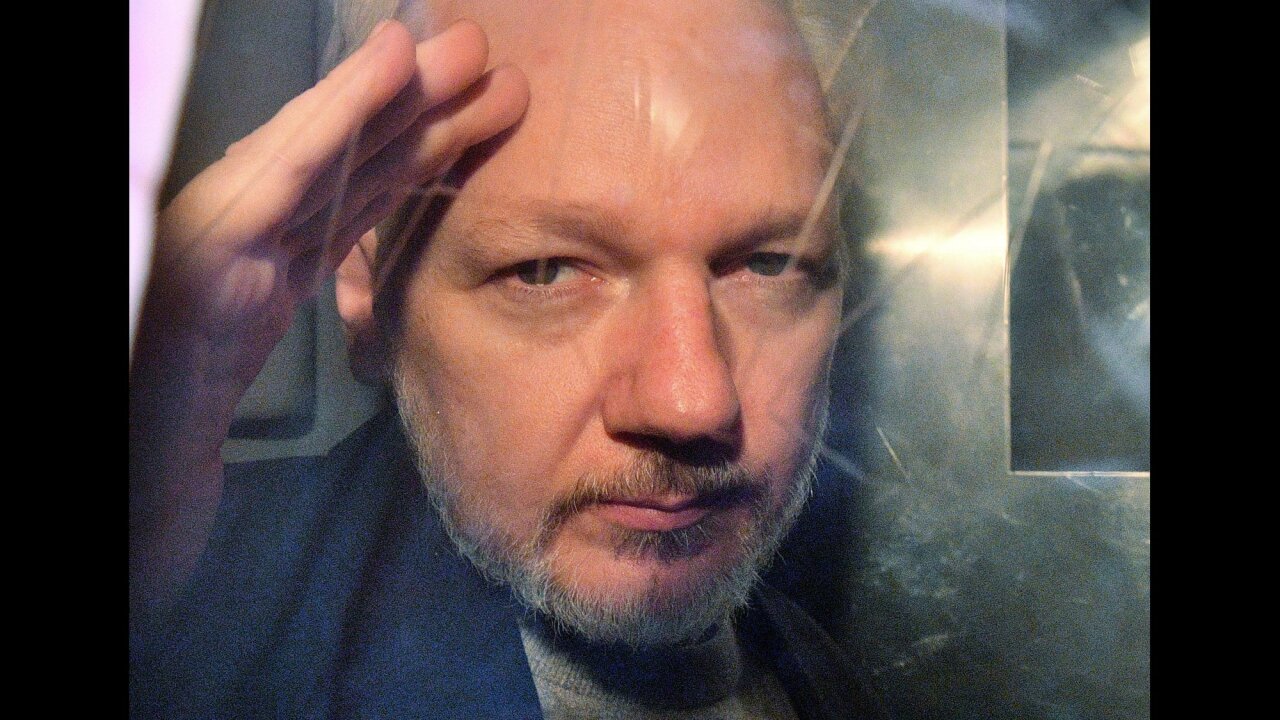 WikiLeaks founder Julian Assange has been charged with 17 new counts under the Espionage Act for “unlawfully obtaining” and disclosing national defense information, including a potentially controversial allegation that his publishing of some secrets was criminal. Full credit: Daniel Leal-Olivas/AFP/Getty Images

WikiLeaks founder Julian Assange has been charged with 17 new counts under the Espionage Act for his role in unlawfully encouraging, receiving and publishing national defense information in concert with former Army intelligence analyst Chelsea Manning, setting up a major legal battle over First Amendment protections in the Trump era.

Traditionally, the Justice Department has prosecuted government officials who leak classified information, but Thursday’s announcement that a federal grand jury had returned a fresh indictment against the distributor of sensitive documents marked the latest — and most direct — move by the Trump administration to crack down on unauthorized disclosure of classified information and press freedoms.

WikiLeaks founder Julian Assange has been charged with 17 new counts under the Espionage Act for “unlawfully obtaining” and disclosing national defense information, including a potentially controversial allegation that his publishing of some secrets was criminal.
Full credit: Daniel Leal-Olivas/AFP/Getty Images

Such a charge under the Espionage Act has never been successfully prosecuted, according to CNN legal analyst Steve Vladeck.

In April, prosecutors in Virginia revealed that Assange had been charged with a single count of conspiracy to commit computer intrusion related to helping Manning obtain access to Defense Department computers in 2010.

WikiLeaks responded to the news of the superseding indictment Thursday in a tweet, saying, “This is madness. It is the end of national security journalism and the first amendment.”

Yet Justice Department officials sought to downplay any analogy between Assange and a mainstream news reporter, emphasizing how he published the names of confidential human source knowing they would be put “at a grave and imminent risk” of harm, and allegedly conspired with Manning to crack a Defense Department password.

“The United States has not charged Assange for passively obtaining or receiving classified information,” said EDVA US attorney Zach Terwilliger. “Assange is not charged simply because he is a publisher.”

However, when asked whether anyone had been killed because of what Wikileaks published, a senior Justice Department official speaking on the condition of anonymity told reporters that the government’s burden was only to establish the “potential” for harm.

While on the campaign trail, President Donald Trump regularly touted WikiLeaks’ disclosures on the Democratic Party, but in office, he has called for a broad crackdown on the media’s use of anonymous sources and encouraged the prosecution of people disclosing sensitive information to reporters.

Assange’s initial indictment sparked a debate over the First Amendment and whether Assange’s alleged role in procuring secret US material constituted protected journalistic activity. Press freedom advocates have expressed concern that a conviction of Assange could undermine protections for journalists to challenge government secrecy, while the prosecutors argued on Thursday that Assange’s conduct constituted criminal acts, not journalism.

Barry Pollack, an attorney for Assange, said the allegations against Assange in the indictment made public last month “boil down to encouraging a source to provide him information and taking efforts to protect the identify of that source. Journalists around the world should be deeply troubled by these unprecedented criminal charges.”

After the Espionage Act charges on Thursday, Vladeck told CNN this will be “major test case” on both sides of the Atlantic.

Vladeck explains there’s an exception in the US-UK treaty for political charges. The new charges bolster Assange’s argument that some of them could fall within the exception for political offenses.

“If that fails, he will surely argue in the US courts that the Constitution forbids criminal prosecution for publishing information that someone else leaked,” Vladeck said

Vladeck says that the government will likely argue that Assange prompted the leaks, so he isn’t strictly a third-party publisher.

The American Civil Liberties Union issued a statement following the announcement of the Espionage Act charges against Assange condemning the move as a “direct assault on the First Amendment.”

“It establishes a dangerous precedent that can be used to target all news organizations that hold the government accountable by publishing its secrets,” the ACLU’s Ben Wizner said in a statement. ” And it is equally dangerous for US journalists who uncover the secrets of other nations. If the US can prosecute a foreign publisher for violating our secrecy laws, there’s nothing preventing China, or Russia, from doing the same.”

The indictment against Assange said until 2010, WikiLeaks said it accepted “classified, censored or otherwise restricted material of political, diplomatic or ethical significance.” A footnote in the indictment said WikiLeaks later deleted the word “classified” and added a line on its website saying it “accepts a range of material, but we do not solicit it.”

The Justice Department’s move on Thursday came within a window for the US to submit its formal request outlining all legal charges that Assange — who is in UK custody — would face if he was transferred to the US.

It came also after a top Swedish prosecutor said earlier this month that Sweden would re-open a rape investigation into Assange, which was suspended in 2017. Assange has denied any wrongdoing.

Hours after his removal last month from refuge in the Ecuadorian Embassy in London, the US indicted Assange for helping Manning access Defense Department computers in 2010 in an effort to disclose secret government documents.

Related: Chelsea Manning sent back to Virginia jail after refusing to testify before a grand jury again

Manning was convicted for her role in the disclosures that included a classified video labeled “Collateral Murder” of a US helicopter attacking civilians and journalists in Iraq in 2007.

In one of his final acts in office, then-President Barack Obama commuted Manning’s sentence, and she was released from prison two years ago.

However, Manning has gone back to jail recently after refusing to testify before a grand jury and she remains jailed.

Earlier in May, Swedish prosecutor Eva-Marie Persson told reporters that after UK authorities removed Assange from the Ecuadorian embassy in London, Swedish authorities would seek a new interview with Assange and “that there still exist grounds for Julian Assange to be suspected on probable cause of the charge of rape.”

WikiLeaks said in 2016, before the Swedish investigation was suspended, that Assange had given a statement before a Swedish prosecutor in the Ecuadorian Embassy.