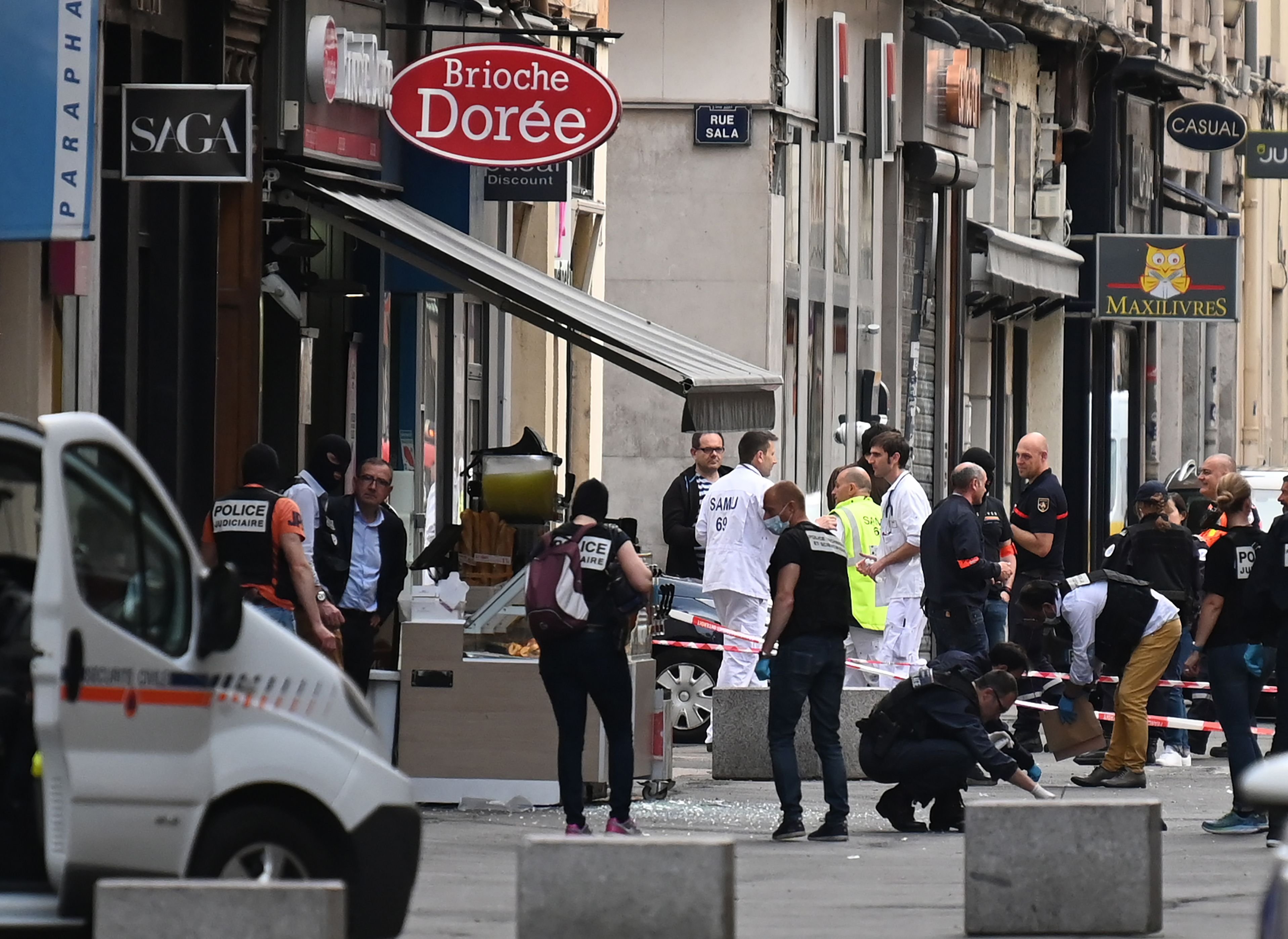 At least seven people were hurt Friday in an explosion in the French city of Lyon, prompting a national investigation into possible terrorism.

The blast occurred in the early evening in the city’s central shopping area, and authorities were searching for the culprit.

French President Emmanuel Macron characterized the blast as an attack shortly after it happened, telling an interviewer: “I’m late because there was an attack in Lyon.”

Investigators believe the explosion may have been caused by a parcel bomb packed with nails, a spokeswoman for the city prosecutor told CNN.

The city’s second district mayor, Denis Broliquier, said on French television channel BFMTV that overall damage was not severe because “the load of the parcel bomb” did not cause much of an impact. Victims’ wounds, he added, were caused by “pieces of metal and glass.”

France’s National Police tweeted a photo of the man they believed to be “the author of the attack,” and asked the public to call with any information.

An investigation into “terrorist conspiracy” has been opened, French Justice Minister Nicole Belloubet announced hours after the explosion.

Hanane Benakkouche, a waitress at the nearby restaurant L’espace Brasserie, told CNN of the moment the blast went off.

“We heard an explosion. I was working on the terrace and people started running, leaving Victor Hugo Street,” she recalled. “Policemen arrived quickly on the scene. I’m still shocked.”

The evacuated scene was visible in photos tweeted by the regional police of Auvergne-Rhone-Alpes, which asked the public to avoid the area.

Emergency responders were assisting the wounded, a spokesperson for the Police Nationale told CNN, adding that the priority would be assisting victims “regardless of if it was a car crash or a terrorist attack.”

Later in the day, Macron tweeted, “Tonight I think of the wounded in the explosion in Lyon, their families affected by the violence that has befallen their loved ones in the street, and all of Lyon. We are by your side.”