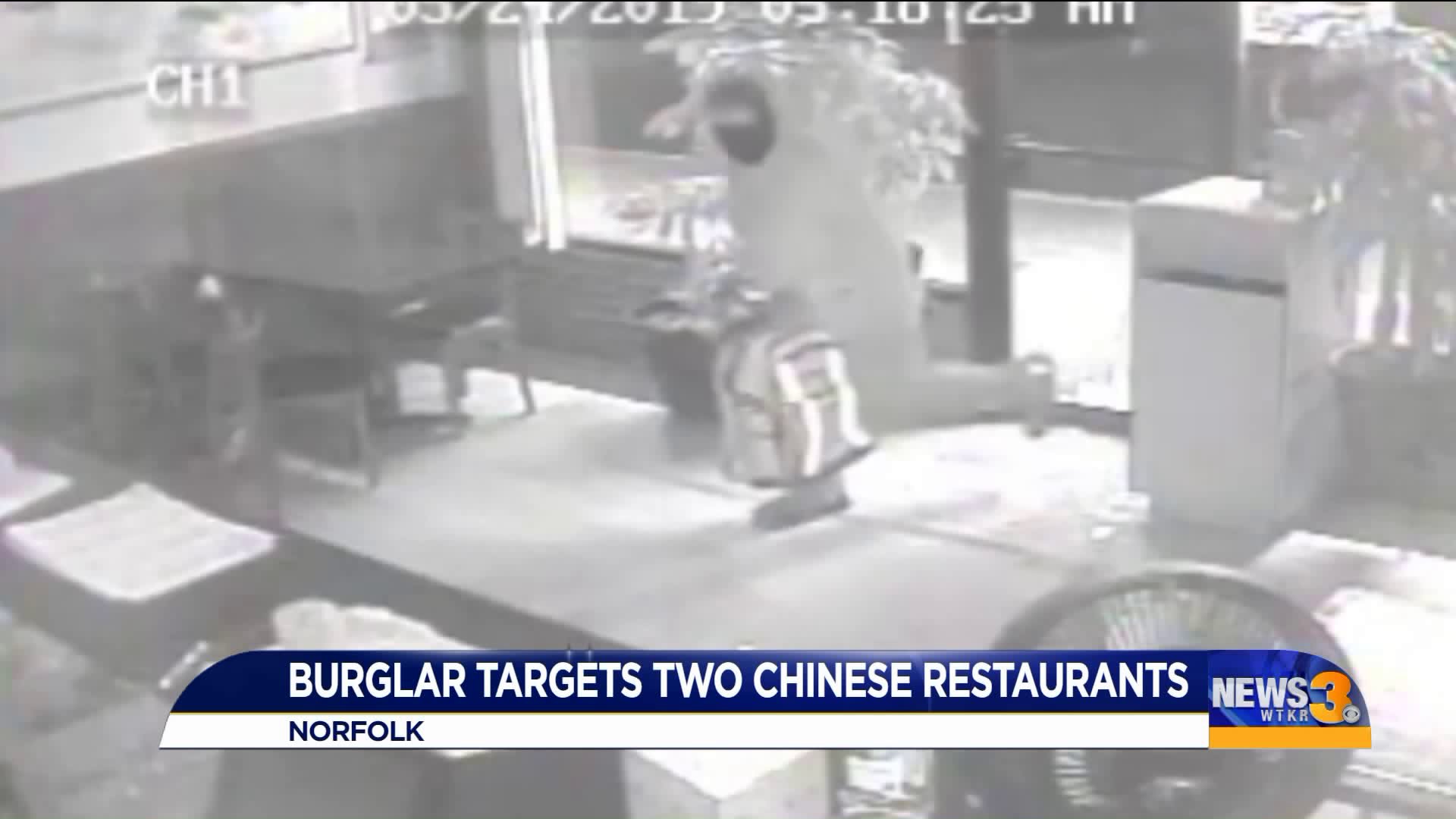 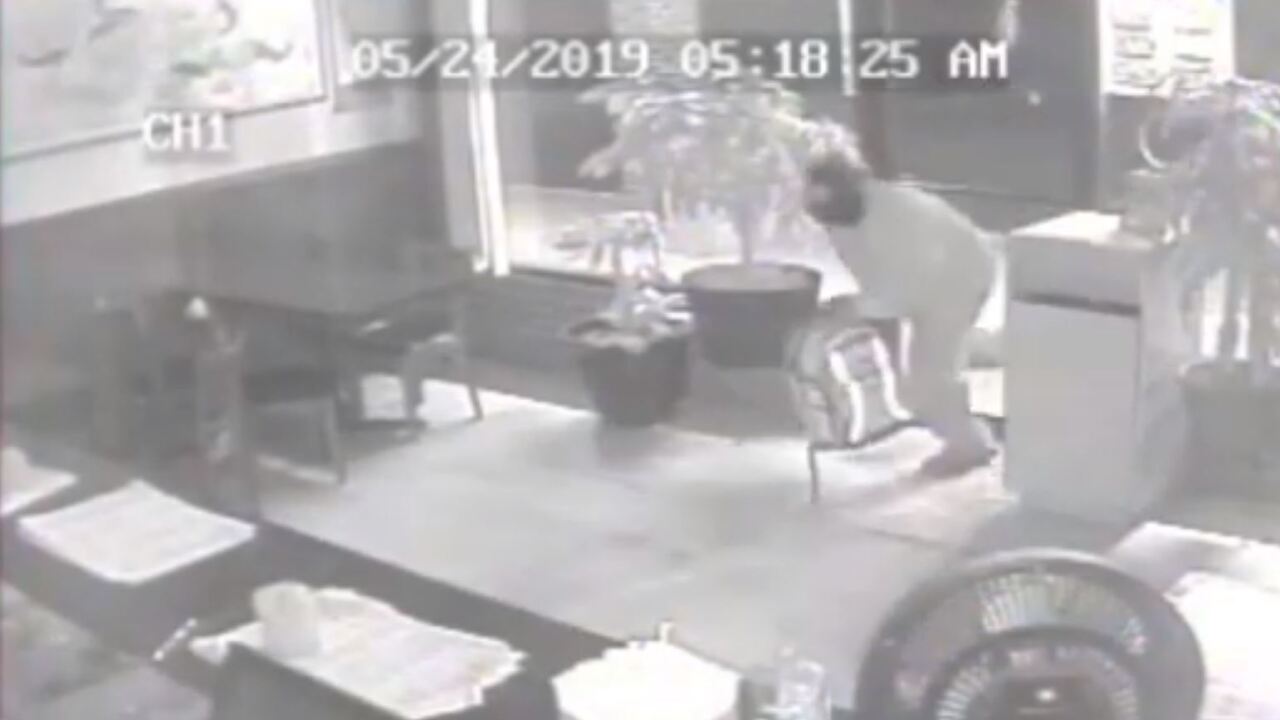 Surveillance video from one of the restaurants shows the man smashing out the front glass window with a blunt object. He then quickly rushes inside the restaurant and takes money from the register.

The restaurants that were targeted are:

Yang Lu owns Golden Chopsticks. He says the thief took about $120 from his cash register, and he expects it will cost almost $400 to replace the shattered glass on the front door.

These incidents come not long after the department arrested 40-year-old Elliott Del Valle for a string of 10 Chinese restaurant burglaries earlier this month. He's been held in Norfolk City Jail without bond since May 10.