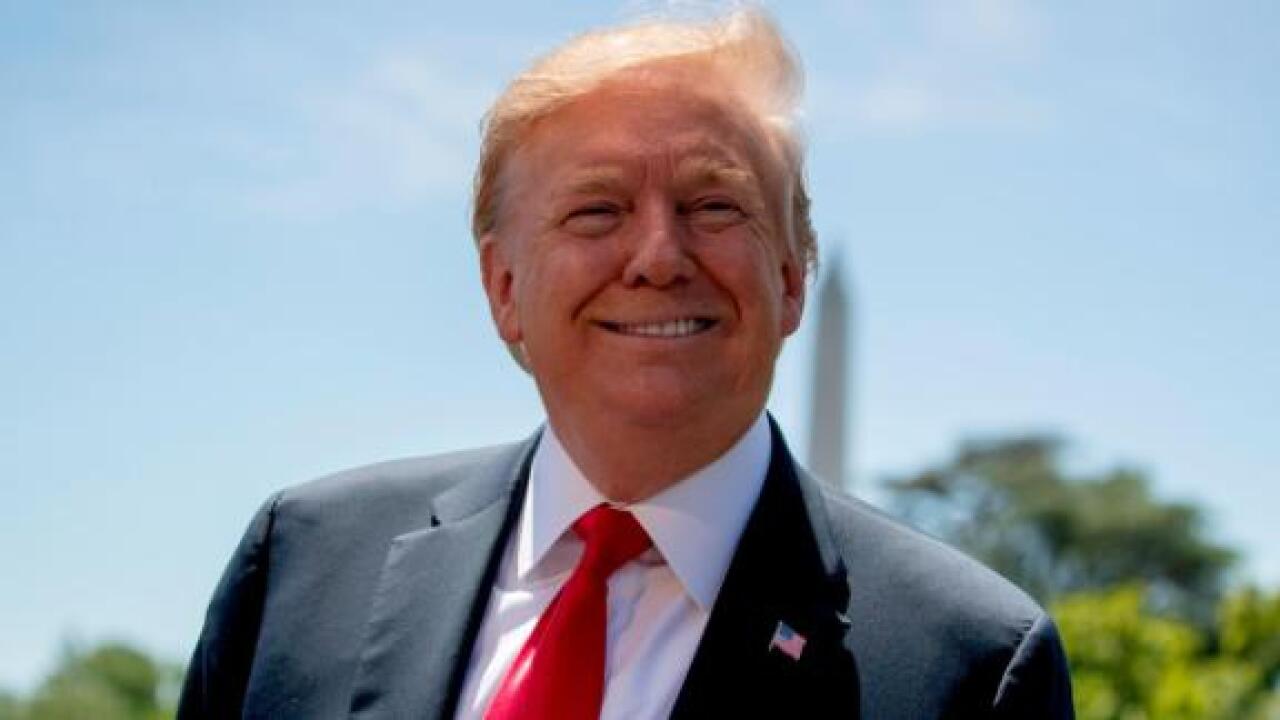 President Donald Trump is sending an additional 1,500 US troops to the Middle East as part of a “mostly protective” effort to deter Iranian threats, he said.

Many of the new forces will be are engineers to support Patriot missile batteries and reconnaissance aircraft that are being deployed, a US official and a source familiar with the plan tells CNN.

CNN reported earlier on Friday that Trump has given his approval to acting Secretary of Defense Patrick Shanahan to deploy additional military resources to the Middle East to provide further deterrence against what the Pentagon believes is a rising Iranian threat against US troops in the region.

“We want to have protection,” Trump said, speaking to reporters Friday at the White House. “The Middle East, we’re going to be sending a relatively small number of troops – mostly protective. Some very talented people are going to the Middle East right now and we’ll see what happens.”

“I don’t think Iran wants to fight,” Trump added, “and I certainly don’t think they want to fight with us.”

‘They have actually attacked’

Shortly after Trump’s remarks, the Pentagon announced that Iran’s Revolutionary Guard Corps is responsible for attacks on four tankers at a port in the United Arab Emirates.

Rear Adm. Michael Gilday, director of the Joint Chiefs, told reporters at the Pentagon that “the Iranians have said publicly they were going to do things. We learned through intelligence reporting they have acted upon those threats and they have actually attacked.”

The Trump administration has also notified Congress that it is using a pre-existing rule that allows it to expedite arms sales to allies in the region as part of its effort to counter Iran, according to two US officials.

The administration has formally informed Congress that it is invoking a provision of the Arms Export Control Act “to eliminate the statutorily-required Congressional review of the sales of precision-guided munitions to Saudi Arabia, the United Arab Emirates and others,” according to ranking Democrat on the Senate Foreign Relations Committee Bob Menendez.

According to Menendez, that notification did not include an explanation as to the administration’s “legal or practical basis for doing so.”

The deployment and arms sale moves signal an intensified push against Tehran that is likely to raise concerns on Capitol Hill, where lawmakers have questioned the administration’s threat assessment about Iran and expressed concern that the military build-up could lead to an accidental confrontation.

Shanahan and other administration officials have said the administration’s focus is on deterrence and the protection of US forces in the region.

Shanahan acknowledged the dangers of some deployments in a Friday morning address at the US Naval Academy Commencement Ceremony, saying “in my capacity, the most difficult decision is authorizing a mission that I know puts the men and women of our Armed forces in harm’s way. I will continue to give those orders, but only when absolutely necessary.”

The US has yet to publicly provide any evidence that shows increased Iranian threats.

The commander of US Central Command, Gen. Frank McKenzie, is putting a priority on sending defensive capabilities to the region, including the Patriots and intelligence gathering aircraft, according to the US official familiar with the deployment plans.

Additional phases, if needed, could focus on more firepower, such as ships and aircraft, the official said.

The deployment, requested by CENTCOM, is seen as an initial step that could be followed with other deployments if needed, the official said. It’s not clear how many troops would be involved in the first phase, but two officials said the number is expected to be significantly lower than 5,000.

CENTCOM oversees US military operations in the Middle East. Shanahan briefed the President on options for Iran Thursday.

A top military priority for now is to get additional Patriot missiles to the region, according to the US official. That system is capable of shooting down ballistic and cruise missiles, as well as aircraft.

President Donald Trump has given his approval to Acting Secretary of Defense Patrick Shanahan to deploy additional military resources to the Persian Gulf region to deter Iranian threats.

The US military also wants to send military engineers to the region to improve airfield security at bases CENTCOM would like to use. Another strategy will be to try to base some forces at locations out of the range of any potential Iranian missile attack. One such location might be Prince Sultan Air Base in Saudi Arabia according to some officials. It is not clear if an agreement with the Saudis has been reached.

The CENTCOM deployment request also includes both manned and unmanned aircraft for intelligence, surveillance and reconnaissance to monitor the movement of Iranian forces, including their increased readiness.

Pentagon officials have said that military intelligence assessments in the last several days underscored increased Iranian military readiness along their coastline and the thousands of short and medium range ballistic and cruise missiles in their inventory that could strike US targets in the region.

Those assessments have been questioned by lawmakers, who said after closed-door briefings Tuesday from Shanahan and Secretary of State Mike Pompeo that the threat level from Iran was not unusual. Sen. Chris Murphy, a Connecticut Democrat who sits on the foreign relations committee, said Monday that he was hearing “Republicans twist the Iran intel to make it sound like Iran is taking unprovoked, offensive measures against the US and our allies.”

Murphy and other lawmakers argue that Iran’s moves are “predictable” deterrence steps, given the US decision to send warships to the Gulf region a few weeks ago and the Trump administration’s ongoing campaign to throttle Iran’s economy with sanctions.

Adding to confusion about the nature of the threat Iran poses, Trump told reporters on Monday evening that “we have no indication that anything’s happened or will happen, but if it does, it will be met obviously with great force.”

Senators from both parties had also criticized the administration after hearing Thursday that the White House was planning to bypass Congress to sell new bombs to allies in the region, with some calling it an abuse of power and a dangerous precedent.

A section of the Arms Control Act allows the White House to waive a traditional 30-day congressional notification period for arms sales if the President declares an emergency, thereby preventing Congress from being able to put a hold on those arms deals.

Speaking Thursday, Murphy had said if Trump took such a step, he would be exploiting an “obscure loophole” in arms control law and the result “would be a complete abuse of power.” Menendez, a New Jersey Democrat, warned about the precedent the move could set, while Republican senators Lindsey Graham of South Carolina and Rand Paul of Kentucky said they opposed the idea.

The US military strongly believes the increased threat from Iran that emerged earlier this month has not diminished, according to several officials, a contrast to the doubts expressed by lawmakers and the President’s characterization of the situation. The US continues to monitor intercepted conversations and messages involving Iranian Quds force leaders and their proxy forces inside Iraq and Syria.

On Friday, the Pentagon said Iran’s Revolutionary Guard Corps was responsible for attacks on four ships in the United Arab Emirates on May 12.

Gilday, the director of the Joint Staff, said Friday that the IRGC is responsible for the damage to four tankers in the Emirati port of Fujairah and said that a recent rocket attack on the Green Zone in Iraq, where the US embassy is located, was carried out by Iranian proxies.

Gilday did not provide any evidence of Iran’s role in the attacks, but cited intelligence. “I can’t reveal the sources of that reporting except to say with very high confidence we tie the Iranians to those,” Gilday said.

Administration officials have previously not been as definitive. Asked on May 21 if Iran was behind the tanker attacks, Pompeo said “we haven’t formed a definitive conclusion,” and added “it’s quite possible.”